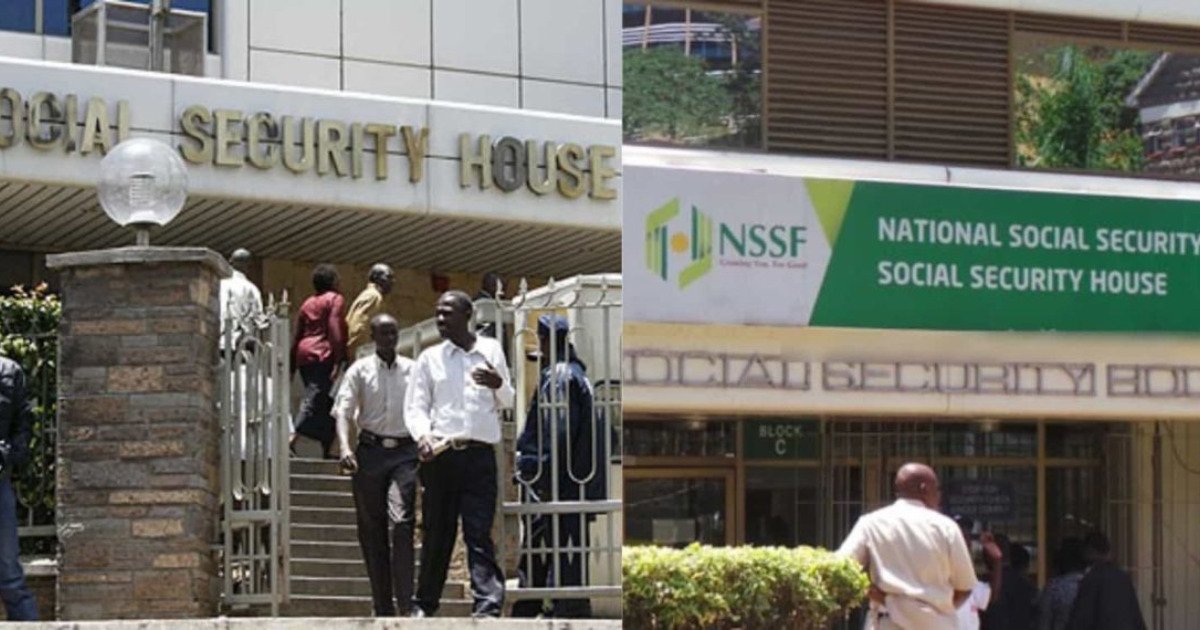 President William Ruto’s administration has announced an ambitious-yet-controversial programme that will seek to increase contributions made to the National Health Insurance Fund and the National Social Security Fund.

The new deductions have caused concern among Kenyans, who are already grappling with the high cost of living. The changes will see the net salary drop by more than 5%.

The proposals are not entirely new. They have been part of intended government policy, and in the case of the NSSF deduction - they were passed by parliament in 2013 but have not been implemented for nearly a decade.

President Ruto has made clear his intention to improve what he describes as the national savings culture, through the funds held in retirement funds. The NSSF has a legally-established monopoly in the provision of pension and social security services in Kenya.

NSSF has been in existence since 1965 when it was established to act as a provident and pension fund for workers in Kenya. All formally employed Kenyans are required to make mandatory contributions in the course of their work life - with the employer similarly mandated to match their employee’s monthly contributions. The funds are then invested and paid to retiring employees - with some compound interest from when the employee started saving.

At the moment, both the employee and the employer have each been remitting Ksh200 as the mandatory monthly contribution. This means that most formally employed Kenyans pay an equal amount to NSSF, regardless of the pay scale.

In 2013, Parliament amended the law establishing the NSSF through the National Social Security Fund Act No. 45 of 2013. The 2013 law states that formally employed Kenyans will make monthly contributions of 6% of their gross salary - a figure that the employer will match.

The law further places an upper limit of Ksh2,160 for employees earning above KES 18,000. In the past eight years, this provision has never been operationalised due to a series of legal and political setbacks.

A number of trade unions moved to court seeking to quash the implementation of the law - citing a number of issues including public participation, breach of constitutional rights, and flawed legislation process.

In the most recent ruling of September 2022, the Employment and Labour Relations Court declared a number of provisions of the NSSF Act of 2013 illegal.

The court sided with a number of trade unions including the Kenya County Government Workers’ Union, Kenya Tea Growers Association, the Agricultural Employment Association, and others that argued that the legislation was unconstitutional as it sought to compel employees and employers to only save through the NSSF - thereby undermining the constitutional right to freedom of choice.

Other petitions have successfully argued that the process of raising the monthly contributions lacked public participation.

Since assuming office, President Ruto has made it clear that he intends to overhaul the NSSF and NHIF contributions.

Weeks after being sworn in, the head of state complained that Kenya has very low savings compared to its East African counterparts - Tanzania and Uganda.

In late September when witnessing an announcement by Safaricom, KCB, and NCBA, to lower fuliza interest rates - Ruto promised to appeal a court ruling that prevented the government from operationalizing the increased NSSF rates as per the NSSF Act of 2013.

He reiterated the need for more retirement contributions during his inaugural address to Parliament on September 29.

“In many countries, social security and particularly the pension system contributes significantly to national savings. Our current social security infrastructure, both public, that is NSSF, and private only cater for people in formal employment, thereby excluding the vast majority of working Kenyans.

“There is no retired Kenyan today who is living on their NSSF retirement benefits. The meager current contribution of Ksh200 a month adds up to Ksh72,000 over 30 years. There is no rate of return on earth that can grow this into an adequate pension,” the head of state indicated.

It has now emerged that the government does not only intend to have the 2013 law applied but some amendments will be made to remove the Ksh2,160 cap under the suspended law.

The figures will also increase the lump sum you will collect upon retirement. For this example, we make the assumption that the average starting age for Kenyan workers is 25 while retirement is at age 60. This means that you contribute to the fund for 35 years.

Also Read: How Much Money Does a Kenyan Need to Retire at 45?

Under the current rates, you contribute a total of Ksh84,000, which the employer equally matches. Thus, you would be entitled to collect Ksh168,000 from the NSSF when you retire. The figure attracts a compound interest of about 10% per annum - and is also subject to tax.

In the proposed changes and under the same assumptions made above, an employee earning Ksh50,000 per month will collect a lump sum of Ksh2,520,000 during retirement. The figure will also be subject to compound interest and relevant tax deductions.

At the moment, employees who earn over Ksh100,000 pay the highest to NHIF at Ksh1,700 per month. The rates are graduated as per salary scales with the lowest payment (Ksh150) being made by those who earn below Ksh,6000.

The new proposal will not affect those who earn Ksh100,000 and below. However, those at higher pay scales will not pay a flat fee of 1.7% of the gross salary. For instance, if you earn a gross salary of Ksh150,000 your NHIF deduction will increase from Ksh1,500 to Ksh2,550.

Investing Your Pension in NSSF Vs Private Schemes

Despite the retirement prospects that NSSF offers, the fund has struggled with public confidence - among other structural problems. A majority of Kenyans contribute the Ksh200 per month and even the proposal to increase remittance has been met with murmurs among members of the general public.

Ideally, NSSF is supposed to invest the money contributed monthly in strategic investment that would then earn interest and pay retirees. However, in the past, the fund has been caught up in investment deals gone wrong - including claims of corruption in managing its billions.

For instance, in one case that was concluded in 2022, former NSSF staffers were found to have spent Ksh9.6 billion on the purchase of non-existent shares. A number of other multi-billion housing projects built by NSSF are subject to court cases relating to contractual disagreements or graft claims.

NSSF has also struggled with managerial inefficiencies that reduce the interest paid to contributors.  In the financial year that ended June this year, it paid an interest rate of 9.65% - the lowest in the decade. At the same time, the fund spent nearly half of the money contributed by workers (44.2%) on recurrent expenditure (salaries, operational costs, etc). This would mean that if you contributed Ksh2,400 to NSSF, Ksh1,056 was used to manage your contribution.

Read Also: The Risk and Rewards of Investing in Pension Funds

Despite having a healthy investments portfolio in prime real estate around the country and being of the major investors at the Nairobi Securities Exchange (NSE), the fund pays relatively low-interest rates compared to pension providers in the private sector. A spot-check by Money254 showed that private pension funds, which offer a lot more flexibility, offer annual interests of about 12% per annum. All pension contributions have tax relief of up to Ksh20,000.

Retirees have in the past had challenges accessing their funds while contributors have complained over low verifiability of contributions. NSSF has sought to address some of these challenges but public trust remains a work in progress.

The dutch social security system is hailed as one of the world’s best and offers some insights on how the NHIF and NSSF systems can improve. Everyone who works in the Netherlands is subjected to mandatory salary deductions which account for 27.65% of their salary. Unlike in Kenya where there are two separate social security funds, workers in the Netherlands only make one contribution out of which 17.9 is used for the pension fund while 9.65% goes to the care fund (similar to NHIF) while 0.1% is reserved for survivor benefits.

Some of the unique benefits in the dutch social security system include unemployment benefits to the tune of 70-75% of your last pay. For perspective, if you had been earning an equivalent of Ksh100,000 and lost your job (on condition that it was not your own fault), you would be entitled to Ksh75,000 from the social security fund for 2 months and Ksh70,000 after that. There are other benefits such as paternity and maternity leave for self-employed people and freelancers; child support for families that are not able to fully meet the financial obligations of a young child.

Social security is an important system in any country’s economic prosperity. It ensures vulnerable citizens are protected through free or insured healthcare and assists retirees live a comfortable life after leaving employment.

In Kenya, the levels of social security contributions remain relatively low compared to neighboring countries and developed nations. This has seen the government attempt to increase the social security fund held through NSSF and NHIF by raising the minimum contributions.

Despite the long-term benefits of the proposals, employees have raised concerns over the timing of the changes - given the high cost of living crisis that has not only affected Kenya - but has adversely hit the world economy.