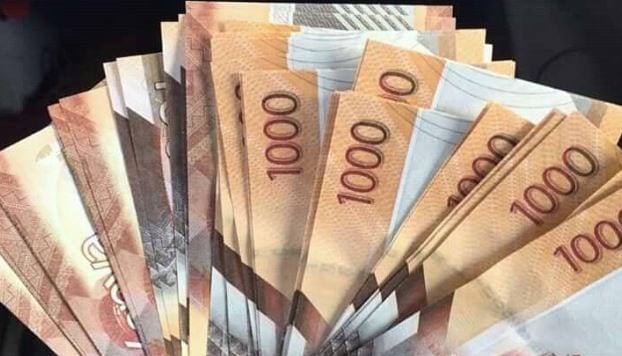 The coming five-day ‘weekend’ is a mixed bag of feelings for Kenyans. Employed Kenyans are looking forward to resting, recharging, and spending more time with their families and loved ones. At the same time, employers and business owners feel the pinch of potentially losing significant portions of their income over the long weekend.

Whichever side of the divide you fall on, let’s look at the top financial news stories that might affect your pocket as we head into the long weekend.

Business to Lose Billions of Shillings Over 5-Day Weekend

Businesses are facing losses to the tune of billions of shillings over the coming five-day weekend that starts from Friday to Tuesday.

Top businesses like banks, government offices, the Nairobi Securities Exchange (NSE), courts, schools, and the currency market are set to be closed over the period, resulting in a loss of revenue for both the private sector and the government.

The long holiday comes following the government’s declaration of Friday as a national holiday to allow Kenyans to mourn the death of former President Mwai Kibaki. Kenyans will also get Monday and Tuesday off to celebrate Labor Day and Idd-ul-Fitr.

With the economy generating Ksh25.3 billion on average every day, the five-day closure will likely result in massive losses.

The Africa Wealth Report 2022 has ranked Kenya fourth in Africa based on the number of dollar millionaires in the country. According to the report, there are 8,500 Kenyan individuals with a net worth exceeding $1 million (Ksh115.7 million).

However, this figure is significantly higher than the figures in other reports, such as the Knight Frank Wealth Report released in March this year, which placed the number of dollar millionaires in the country at 3,323. This indicates how challenging it is to track wealth in Africa.

Kenya also ranked fourth in the number of individuals worth over $10 million (ksh1.1 billion), with 340 individuals making the list. Again, South Africa topped the list with 2,080 such individuals, while Egypt and Nigeria came second and third with 880 and 510 individuals.

Kenyans are staring at cooking oil, soaps, and cosmetics supply shortages following Indonesia’s threats to ban the exportation of palm oil, a key raw material in manufacturing these products.

The ban could further push up the price of these products, which are already very high. For instance, the cost of cooking oil has shot up by over 30% in the last couple of months. A supply shortage would make this essential product unattainable for most Kenyans.

Indonesia accounts for about one-third of global palm oil exports. Malaysia, the second-largest producer of palm oil, is facing labour shortages, which have hurt the production of the crucial raw material.

A limited supply of maize in the market has pushed the price of maize flour to an all-time high of Ksh148 for a 2kg packet, up from an average of Ksh120 just a week ago. This comes as the price of a 90Kg bag of maize soared from Ksh3,700 last month to Ksh4,500 this week.

The increase in the price of maize flour, a staple in most Kenyan homes, will make the shopping basket even more expensive for Kenyans who are already reeling under the high cost of other essential commodities, including milk, cooking oil, sugar, and eggs.

The maize shortage in the country has also pushed up the price of animal feed by Ksh400 for a 70kg bag starting this week. This is likely to push farmers out of business and lead to even higher meat, eggs, and milk prices.

The government is in talks that will see it import oil on credit from the United Arab Emirates (UAE) to avert the ongoing fuel crisis. The deal will allow the National Oil Corporation of Kenya (Nock) to bring in 30% of the country’s fuel needs on credit.

Much of the petrol and diesel stocks shipped in by Nock will be sold to small independent dealers, who control 40% of the local fuel market.

The introduction of the fuel subsidy last year matched wholesale prices to prices at the pump. While this relieved Kenyans from high prices, it made business unprofitable for independent dealers who the big players do not supply.

By supplying fuel to these independent dealers through Nock, the government hopes to prevent recent situations where the big players seem to have held the whole country hostage - according to the petroleum ministry.

The Nairobi Securities Exchange (NSE) has lost over Ksh51 billion in paper wealth in the three weeks since April as foreign investors continued letting go of their stakes in Kenya’s blue-chip firms.

At the start of April, the market opened at a capitalisation of Ksh2.43 trillion. By Tuesday, 26 April, this had fallen to Ksh2.37 trillion. Some factors that have been blamed for this fall include the upcoming general elections, profit-taking by investors, and the effect of the Russia-Ukraine tiff.