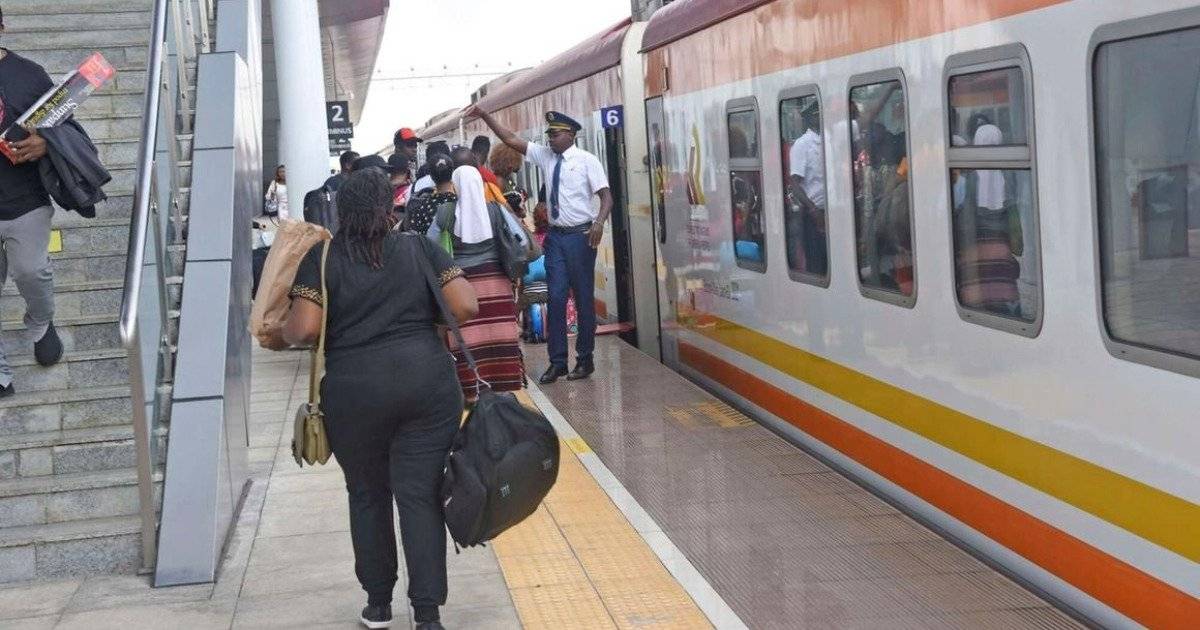 Passengers board a Madaraka Express train to Mombasa at Nairobi Terminus. PHOTO|NMG

Over the last week, several money-related news have grabbed the headlines in Kenya key among them being the country’s troubles with the growing public debt which were brought to light after it failed to make payments on the Chinese loans given for the construction of the standard gauge railway (SGR), and the president’s plan to hire at least 30,000 teachers next year.

The week also saw optimism creeping in among Kenyans based on reports that fuel prices could drop in a few days.

For this and more, here’s a look at the money news that made the headlines over the period and what it could mean for your pocket.

Kenya's problems with rising public debt were highlighted when it failed to make payments on Chinese loans for the construction of the standard gauge railway (SGR).

According to Treasury documents, Chinese banks fined Kenya Ksh1.312 billion for loan defaults in the fiscal year that ended in June.

Kenya borrowed more than Ksh500 billion shillings from Chinese lenders, led by the Export-Import Bank of China, to fund the construction of the SGR from Mombasa to Naivasha.

Due to insufficient revenue from the passenger and cargo services offered on the track—which totalled Ksh18.5 billion in the fiscal year ending in June against sales of Ksh15 billion—taxpayers have been compelled to bear the cost of the SGR loans.

In the year ending in June, SGR reported an operating loss of Ksh3.4 billion and wired Ksh22.7 billion in loan repayments.

Kenya had requested a six-month extension of the debt repayment moratorium from bilateral lenders, including China, until December 2021, in order to avoid committing billions of dollars to the Beijing lenders at the time of the default.

Exim Bank of China in particular rejected Kenya's request for a debt repayment holiday, and as a result, disbursements to projects receiving Chinese loans were delayed.

Govt. Announces Plan to Hire More Than 30,000 Teachers in January

President William Ruto stated that his administration will hire over 30,000 teachers in January 2023 in an effort to reduce the national teacher-to-student ratio gap.

According to the President, this is the first step of an expected 116,000 teacher intake.

Ruto announced that the government will collaborate with the National Government Constituencies Development Fund (NG-CDF) to improve school infrastructure and boost school nutrition in an effort to increase enrollment and performance. During the opening of Komarock South Primary School, which was funded by the Embakasi Central NG-CDF, he assured the country.

According to the President, the government plans to increase funds for educational institutions in order to equip and renovate their facilities. He went on to say that the administration realizes the need of ensuring that youngsters have the skills they need to prosper in a knowledge-based economy

Matungulu MP Stephen Mule and Robert Gichumu (Gichugu MP) tabled 2 Bills in Parliament aimed at amending the Constitution order to legalize CDF, and also double the amount to be allocated.

If passed, constituencies would now get at least 5% of the total annual revenue, which is double what was previously allocated (2.5%).

As the National Treasury allocated Ksh44.3 billion in the current financial year, the proposed amendment could take this figure to over Ksh88 billion.

The lawmakers argued that the CDF is vital when it comes to funding community development projects, which formed the basis of their push to have it ingrained in the Constitution.

This comes just days after President William Ruto while addressing the National Assembly, urged the legislators to find a way to revive the fund.

In August 2022, the Supreme Court ruled that the CDF Act, 2013 was in violation of the principle of separation of powers thereby ruling it illegal, null and void.

However, MPs have since stated that the current fund falls under NG-CDF, 2015, a new law which would make it legal.

Honourable Mule and Gichumu need two-thirds (233) MPs out of 349 to approve their proposed Bills.

New data from the Kenya National Bureau of Statistics (KNBS) shows that Kenya’s economy grew by 5.2% in the second quarter of 2022.

This is more than half the figure recorded during the same period last year (11.0%), signalling a slump in general growth.

KNBS cited a drop in output from agriculture, forestry and fishing activities as a key reason for the drop, adding that the unfavourable weather condition during the period was behind the reduced output.

This latest update comes just days after the International Monetary Fund (IMF) announced that the world economy was set to take a major negative hit occasioned by the conflict in Russia and Ukraine.

IMF further stated that the projected shocks would re-open economic wounds inflicted by the Covid-19 pandemic that are yet to heal.

You Will Now Be Able to Own More Govt Companies

President William Ruto announced that his government would list at least 10 state companies at the Nairobi Securities Exchange (NSE) over the next year.

He explained that the move to open up the parastatals to investment from citizens is aimed at breathing life into Kenya’s capital market.

The President made the announcement as he attended the bell-ringing ceremony marking the launch of the enhanced NSE Market Place.

He then urged the private sector heads to also list at least 5 new firms to further revitalize the capital market.

Notably, former President Uhuru Kenyatta had been pushing hard with a similar plan to line up at least 26 state companies for privatization. They included; Sony, Muhoroni, Miwani and Nzoia sugar firms, as well as the Kenya Tourism Development Corporation, Kenya Ports Authority and Kenya Pipeline among others.

There is an air of nervous optimism that the next fuel price review by the Energy and Petroleum Regulatory Authority (Epra), scheduled for October 15, 2022, would see a drop in prices.

This follows an article published by the Business Daily on October 11, explaining why motorists could potentially get some relief in the next price review.

When it comes to calculating fuel prices, the average landing cost of imported oil weighs heavily, alongside other factors such as exchange rates, storage costs and oil marketers' margins.

Energy and transport costs have a significant impact on the price of the food basket, which is one of the metrics used to measure the rate of inflation.

Sticking to energy, oil marketers have reportedly opted not to lower cooking gas prices despite having the Value Added Tax (VAT) of the commodity halved to 8%.

It has been several months since the move to bring the VAT of the commodity down from 16%, however, the price of cooking gas has remained the same as before.

The 13kg cylinder is retailing at Ksh3,330 on average, with the 6kg one going for Ksh1,540, figures that are similar to those recorded before the tax relief which was effected on July 1, 2022.

When it comes to the pricing of cooking gas, the government has no say thereby leaving Kenyan consumers in the hands of oil marketers.

The latest data from the Central Bank of Kenya (CBK) shows that Kenyans had stored up to Ksh905 billion worth of dollar deposits as of July 2022.

This is a significant jump (19.6%) from the Ksh755.9 billion recorded at the start of the year, making it the first time this figure has crossed past the Ksh900 billion mark.

According to market experts, the large dollar reserves signal market inefficiencies that could involve holding on to US dollars due to the dwindling Kenya Shilling.

Banks have also revealed that Kenyans have rushed to stock up on the American currency, a move which has seen the local shilling weaken even further to trade at Ksh121.00 as of October 13, 2022.

As a result, companies that rely heavily on imports and the dollar have been complaining about the limited access to quantities to ensure the business runs smoothly. This has also seen some of these firms scaling down operations in order to stay afloat.

The NCBA Group announced its plan to create a separate company for its digital loan products such as M-Shwari.

Speaking to the media, the commercial bank's top executive – John Gachora revealed that plans were well underway to launch a standalone fintech company that will host all its digital loan platforms.

He added that the move would allow the new firm to focus solely on creating personalised and customer-centred digital banking services.

The bank has been at the centre of the digital banking revolution in Kenya, having partnered with KCB Safaricom in 2012 to launch M-Shwari, a product that has yielded huge rewards.

NCBA was also part of the group that launched Fuliza, an overdraft feature available on Safaricom that has raked in billions.

Borrowings on the Fuliza platform were recorded at Ksh288 billion between January 2022 and June  2022.