Debt and Marriage: Key Things You Need to Know 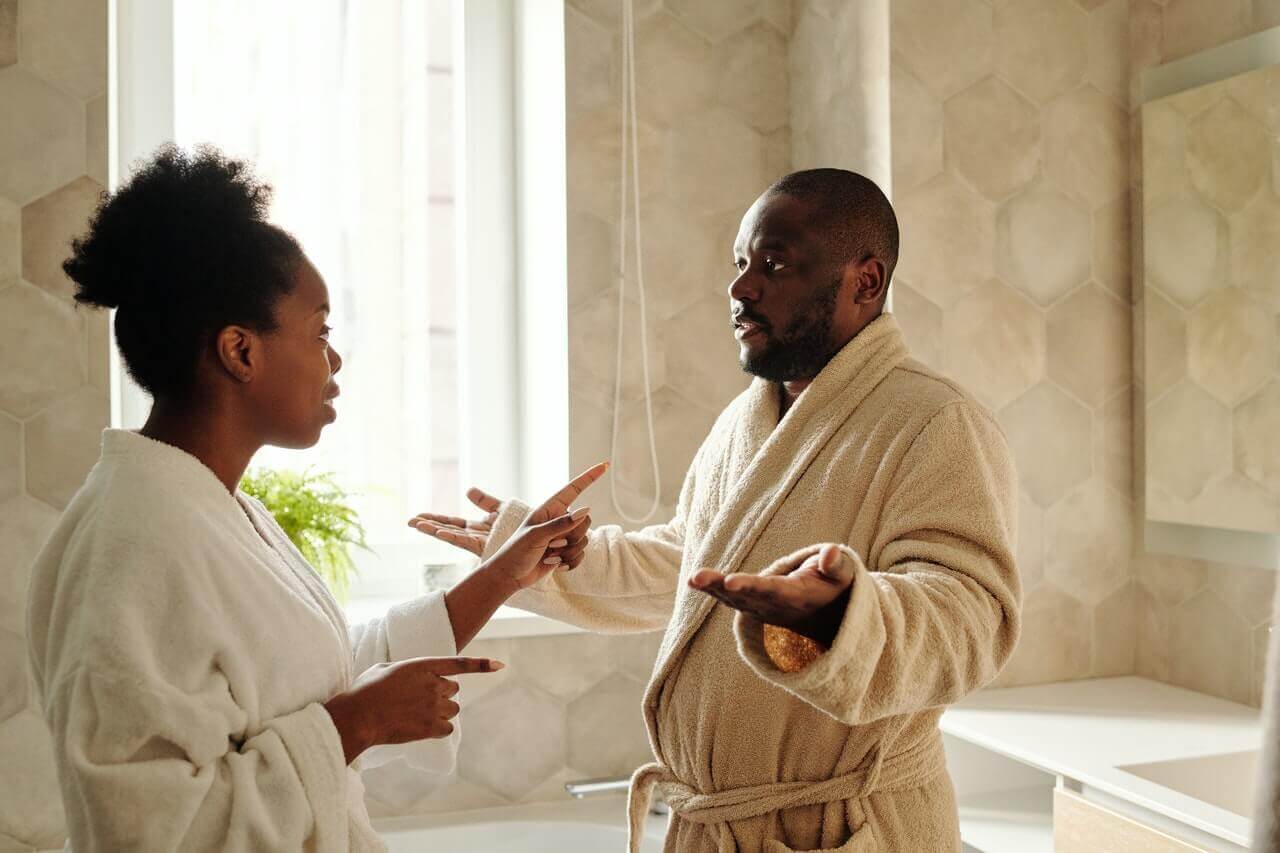 Marriage can change your financial life in profound ways seeing that your financial choices and outcomes can be determined by what both of you bring on board.

Marriage counsellors and relationship experts will tell you that money ranks high among the issues that lead to misunderstandings in marriage. A 2020 Kenya National Bureau of Statistics (KNBS) report shows a considerable growth in marriage dissolution rates during the last five years nationwide.

According to the report, the number of divorces in Kenya rose significantly from 10.5% in 2015 to 17.7% in 2020 driven in part by financial issues between couples.

Economic hardships have a deep effect on marriage and especially during this period, millions of households are struggling amid massive job losses due to the Covid-19 pandemic.

Most families are finding themselves locked in debt due to many reasons, one of them being lack of financial literacy on key aspects such as borrowing. Debt isn’t bad, because in as much as it has its negative side it also has its positive side.

Here are the key things you need to know about debt and marriage especially in these tough times.

Household debt is the combined debt of all people in a household.  Although debt can be a useful tool generally and in marriage, it can also fight you back.

Family/household debt has become more common especially during these Covid times with many families borrowing from friends, financial institutions, digital lenders and other family members to meet their basic needs. The problem is when they are unable to pay back.

While speaking in Parliament in July this year, Central Bank Governor, Patrick Njoroge warned that the country was witnessing a crisis in household debt largely fuelled by unregulated digital lending platforms.

“We are concerned that there is a ballooning of debt in the private sector. We are not talking corporate. We are talking kawaida - (normal) wananchi, households. Particularly during this time of Covid, it's quite problematic because their sources of income which is what would help reduce this has kind of been truncated.”

What’s Mine is Mine, What’s Yours is Ours?

The problem may come in when one of the parties can't keep up with managing their part and they have to look for alternatives just so they can get by. Most times, the alternatives result in borrowing or accruing more debt.

Chris Hart, a psychologist specializing in relationships and social skills says that the sooner couples stop thinking of money as 'mine' and 'yours', and start thinking of it as 'ours', the less likely they are to fall out about their finances.

In a marriage, it is very important to share costs and do financial tasks together at least some of the time so both spouses can know how to manage the household’s money. A joint approach to finances in marriage makes it easier for both of you to be open on your finances and make proper plans on the goals that you both would like to achieve.

If each of the spouses is working, they can decide to combine their money and then allocate different amounts to the different needs around the house. That makes it easier to avoid incurring debt. Combining your finances helps to simplify how you spend and save money and allows more flexibility for both of you. When the bills are covered, and savings made, they can then spend what they have left.

Debt is a Catalyst

When it comes to couples with personal debt, money alone is never the root cause of relationship problems. It’s the pressure and conflict that often arises from dealing with that debt that can bring to light other issues in the relationship.

Joy Lere, a psychologist with a practice focused on the merger of money and mindset says, “Debt can serve as a stand-alone stressor, but when superimposed on other relational strains can amplify problems in a relationship. Issues such as secrecy about spending, disagreements on how to handle finances and varying levels of comfort carrying a balance can all be sources of tension.”

Additionally, Lere says that the circumstances under which the debt was accumulated can paint the impact it can have on a couple.

“If a disproportionate amount of debt belongs to one person (whether it was accumulated before or during the relationship), it can lead to feelings of resentment if the repayment requires deep sacrifice of a partner.”

A debt of any type can upset intimacy in marriage. Most people are conscious of what it means to owe money, especially if payments are overdue and debt collectors are making unending calls.

A 2020 Financial infidelity poll carried out in the US found that nearly 1 in 2 adults admitted to hiding money secrets from their significant other, among them being debt.

Having a huge amount of debt is hard enough on marriage but keeping it a secret is also more damaging. Debt is a major burden that makes it difficult to spend on activities and shared goals as a couple.

Debt Can Lead to Divorce

No one gets married anticipating a divorce in future. Most couples start marriage with high hopes of creating a beautiful future together. It’s no secret that financial problems put a lot of strain on marriage. If care is not given, the strain can lead to a total breakdown of the relationship resulting in divorce.

Debt Can Make or Break

Debt can serve as a tool for helping couples to learn how to collaborate. Amy Rollo, a psychotherapist and owner of Height Family Counselling says, “For couples who are honest from the start, the debt might not be a big deal or it can even be something that strengthens the couple.”

You can join forces as a couple to tackle the debt and in the end, end up being more united and stronger than ever before.

Everyone has a natural financial inclination. They may come from our upbringing, life experiences, the culture around you, and even your temperament.

This should ideally come first. Both partners should be open to having honest discussions about debt. Each should come clean about any bad spending or financial habits that they personally have that could have an effect in the marriage.

You can also perform an audit of your debts and come up with a clear strategy of how you will handle them and eventually pay them off.

Understanding each other’s money personality type is key in reducing misunderstandings that involve money. If this is done prior to marriage then any issues that come up around debt, expenditure or money-related priorities can be better handled since both understand each other’s contextual reasoning.

To keep each other out of bad debt, couples should spend a significant amount of time together discussing and learning about their spending habits, and creating a budget in order to avoid overspending on things that are not necessary. Make financial communication a priority in your marriage.

It is necessary for couples to discuss their future goals ahead of time and begin working towards them in order to avoid breaking the bank due to, among other things, big impulse purchases.

Be sure to make well thought-out purchasing plans with your partner for the future to avoid unnecessary debt or being caught financially unaware.

Check to see if you and your spouse can identify your temperaments and then talk about how they are impacting your financial beliefs and behaviours. The goal is to put that knowledge to work so that you can take full advantage of one another’s natural money management strengths while minimising your weaknesses.

Get on the same page with your spouse by clearly spelling out your expectations. How can you budget? Who is in charge of paying which bills? What are your short-term and long-term financial goals as a couple?

With your finances in order, you’ll have the peace of mind to focus on taking the next step in your relationship and building a life together. Don’t let debt or money lead to fights within your marriage.