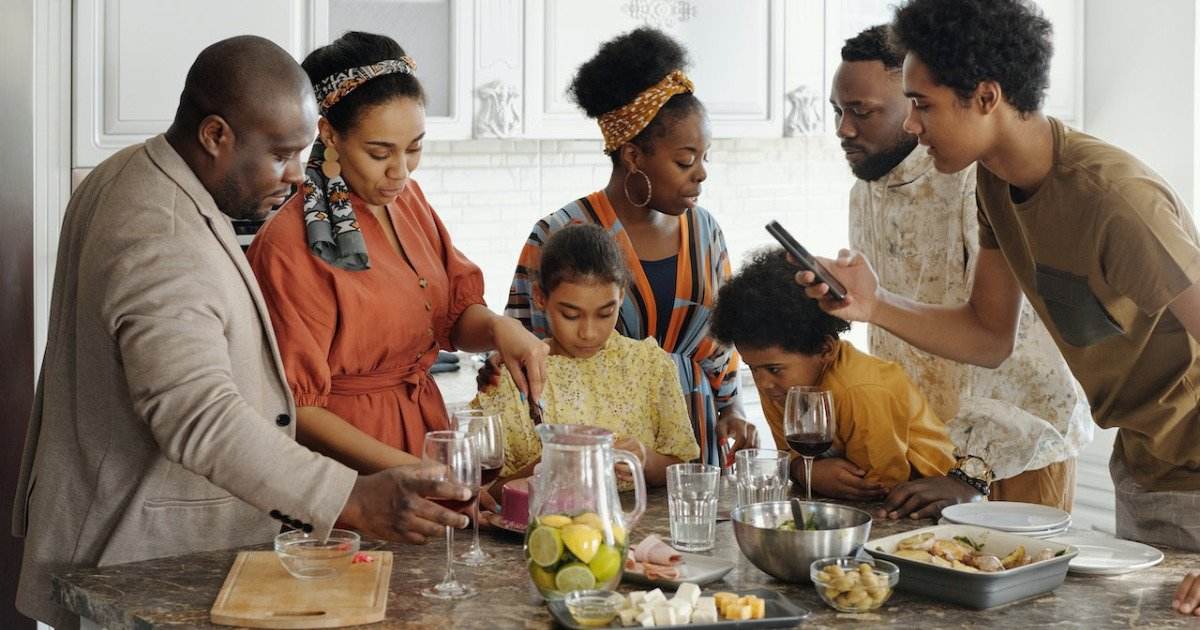 I had mixed feelings as I walked toward the gate to my former high school. I've not been here since I did my KCSE paper, almost twenty years back. I was hovering between happy, anxious, and terrified - a little, like a jailbird leaving prison. See, high school then was a different kettle of fish, hardly the happy recreational places you see today.

In 2002, Ikuu High could best be described as a boot camp of sorts. We did post stellar results, all right - but, still - received an all-round instructional experience on street smartness and survival. Well, a lot has changed.

The main gate had mutated from massive, to outright monstrous - with biometric scanners, CCTV surveillance, and uniformed guards. What happened to locally picked watchmen we'd use to sneak in contraband? Well, not narcotic-level contraband - in those days, the typical avocado fruit was illegal.

I was here for an Alumni Association meeting. Though I've been on the Alumni WhatsApp group for years, this was my first meeting usually held every December, Christmas holidays. A guard checks my ID against a list.

"The meeting is starting. Basketball court" he says.

He offers to escort me.

As we strike out on a now-paved drive, memories flood back. It's relatively silent - save for a dull throb of music a little way off. The administration block is new and beautifully landscaped. Right next is the parking lot which was the main assembly ground in our days.

Flashbacks came back, of (me) and my mates baking in blankets under the scorching sun - after getting busted skipping the morning preps.

What bedazzled me, were the sleek cars parked there. School's out, ruling out teachers. The shiny rides belonged to my schoolmates! About 22 guys had confirmed attendance, but I could see like 10-15 cars.

I saw a few vans, sedans, a hatchback, and a black SUV.

What stood out like a sore thumb was a 2010 Subaru Forester SG5 turbo, in screaming yellow - with a bulldog sticker on the rear screen. Oh, that must be Keith's. Back in the day, Keith won back-to-back Best Actor awards from 1st to 4th form. Since, he has built a reputation as one of the illest club DJs in Nairobi.

A huge banner: THE IKUU HIGH ALUMNI MEETING 2020 - and, of course - emblazoned with the school's Basketball team mascot - a pudgy Panda. (Kung Fu Panda, anyone?).

The association built a Basket Ball court in 2011. Ikuu High earned deserved promotion to 'National' status soon after, and with increased infrastructural funding - the association switched to sponsoring needy, but bright or gifted students. That's when I had asked to join the circus, as a product of a similar charity drive.

Suddenly, someone started calling out my name. It was Ng'ang'a, fondly known as Ng'ash. His voice rang out over blasting Afrobeat music. Seems like Keith brought his office to the meeting.

Ng'ash, in as far as frivolous high school friendships go - was closest to a best friend I ever had. I spotted him, sitting next to a lady with dreadlocks, dyed red. Ng'ash made no attempt to rise from his seat. I took a seat, next to the lady.

Six tables lined up three a side, and one table at the head - held a mini-DJ mixing unit, a stack of files, and an aluminium ice bucket with a few uncorked wine bottles. A few guys were sitting, with drinks. A couple was painfully trying to dunk a basket - just no longer as spritely as days gone by.

Ng'ash was a lively tipsy. He leaned across the lady's tall glass, grabbed my wrist - and, asks: "Remember Trish? You used to write my letters to her, in 3C."

Well, I didn't exactly recall Trish. I would moonlight as a letter writer for guys dating girls in neighboring schools. Ng'ash was my desk mate in 3C, but - hey, how does a high school relationship go strong for two decades?

"Yes, of course. I remember Trish. Congrats. What do you do, Trish?" I asked her.

"Thanks. I used to be a teacher. Now, I just run our businesses". She says. Apparently, the couple now ran a real estate company with apartment development projects - on the outskirts of Nairobi. Indeed, Ng'ash looked like a typical landlord - unapologetically plump.

"We should hang out after this meeting, my man," Ng'ash says - with an air of someone used to giving orders. He banged the table - time to start the meeting. He was the group's chairman.

People change with age and maturity, except for that one odd horse.

The boisterous class loudmouths? Life somehow slammed a lid. The bullies, well - trust life to turn them into meek little kittens. Here, it's either life came in form of marriage, I suppose, or they married versions of themselves. Brayo, and Thuku - both listened as their wives introduced them to their former classmates.

Instinctively, I knew they owned the vans in the parking lot - handy for kids, and home errands. But, well, didn't they look more accomplished? Certainly, better dressed and well fed. Both were mid-level managers at leading corporate firms, earning enough to live in their own homes along Thika Road.

Kanga, quite lean and athletic earned his keep in a top-tier team in the Rugby 7's national circuit. He had built a strong financial base with earnings from global tournaments - he had managed to build residential properties on inherited plots in Limuru Town. Quite unsaid, was the lingering risk of losing part of his investment in the pending settlement. He was sitting closest to the ice bucket.

The rest of the gang were bona fide bachelors. It was easy to spot them. High-end gadgets, trendy sneakers, and designer clothing. Aside, they had a separate group for the fun stuff - road trips, offloading events, music bonanzas...the lot. I was surprised to learn they had a monthly contribution fee to save for each member's annual vacation.

Someone asked DJ Keith what had happened to a BMW convertible he'd come with the previous year. Oh, he'd traded it in for a sleek Audi R7, and a sports bike. This guy had lots of fancy toys! No one asked, but - I highly doubt his investment portfolio would be just as impressive.

Most of the agenda had been discussed on WhatsApp, so this was just a meet-see, party, and catch-up. The music started again. We had a top DJ at zero cost - remember? Some guys returned from the parking lot with a few more cases of booze.

Well, I didn't have much rapport with other guys - so I fell back with Ng'ash and his wife. I wanted to pick as many brains as possible, especially my married classmates. It was easier, anyway - only the couples remained in their seats.

The talks with this lot were boring. Every other time, calls came in - from kids fighting with their nannies, foremen overseeing some constructions somewhere. Thuku, and his wife - got into a rather spirited shouting match with a KPLC official who'd muddled his application for power connection to some new rental house.

I felt subdued, and almost dived into investment options I had embraced around government bonds, stocks, and mutual funds. But, hey, couples enjoy a larger pool of resources for investment with combined incomes. Such couples only need a sound financial plan to build wealth.

I asked to join the bachelor gang. I thought their revolving savings plan for an annual vacation is quite brilliant. A huge chunk of my financial obligations is aligned with the extended family. I need to shake off the perception that a bachelor has a lot of 'excess' cash floating around.