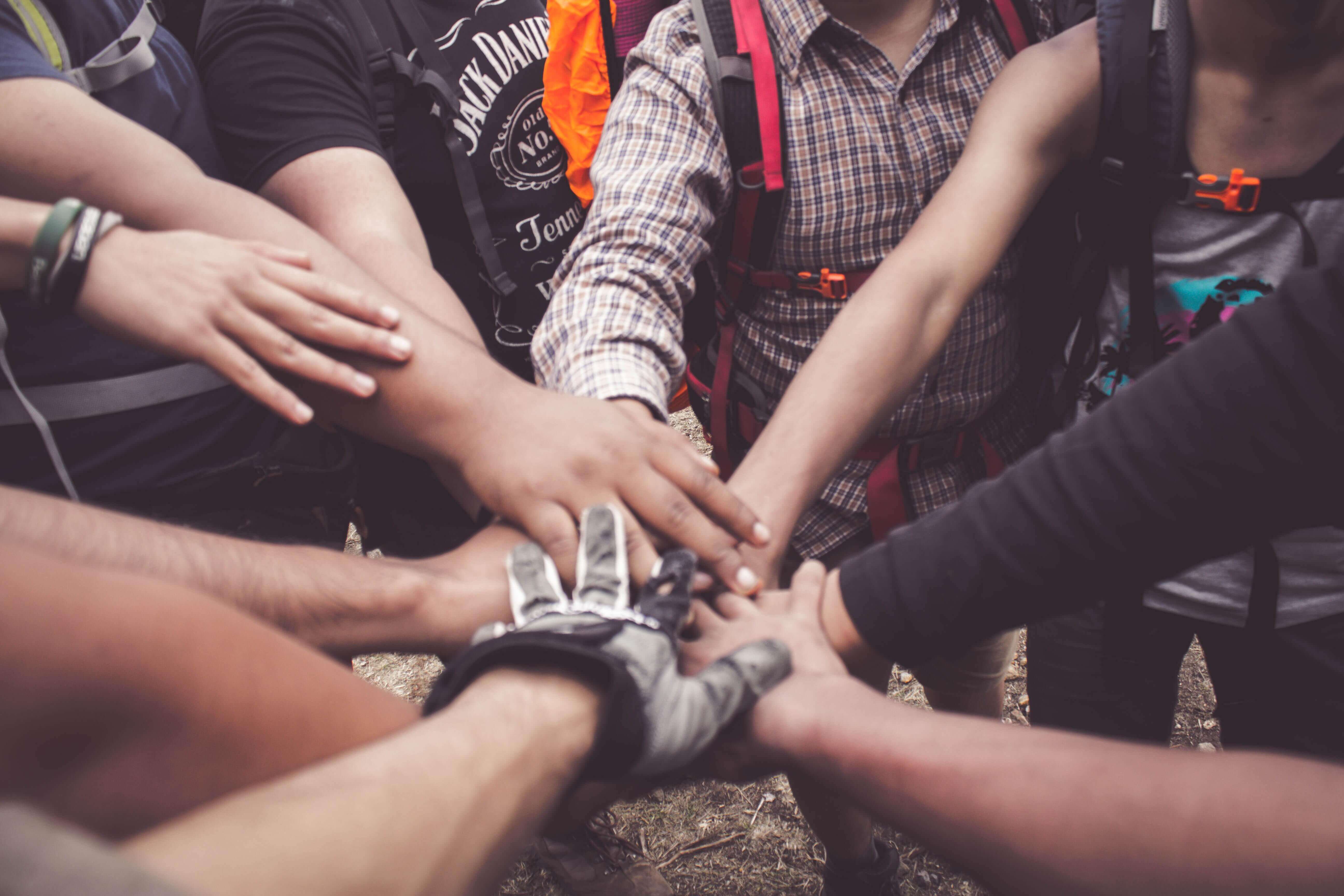 Harambees are a long-standing part of Kenyan traditions; a form of community self-help projects popularised by the country’s founding President Jomo Kenyatta.

The Kiswahili term means "let's pull together" in which people lend a hand to help anyone in need regardless of class, ethnic group, gender, or religious background.

Pre-Covid Harambee's had always been held in person, but now have shifted almost fully to online platforms such that it is not strange anymore to randomly find the “you have been added to this group” notification on WhatsApp.

A Harambee might be anything from a fundraising event to emotional support to a simple favor.  When someone needs assistance with a big rite of passage or life event, such as a wedding, educational opportunity, critical illness, or a relative's burial, they will turn to others for help.

Fundraisers can be extremely effective and timely support for those who are in need. In certain cases, the money earned through the event may be the only source of income for the family. As a result, any donation that has the potential to have an instant influence on their lives and well-being is extremely valuable.

Inasmuch as one would want to cushion themselves against the need to ask for help by building an emergency fund, preparing for financial emergencies, or setting in place better financial management strategies, some of the financial difficulties can be beyond any amount of savings one might have.

One example is Ayah Lundt, an 18 month-old baby who needed a drug that costs Ksh230 million per dose to treat a rare illness she had – spinal muscular atrophy, a figure that was way beyond her parents' abilities. Through social media, they were able to run a fundraising campaign that saw them achieve their target.

Like any worthwhile endeavor necessitates decency in order to be successful, fundraising must be done with honesty. This is especially true at a time when cunning Kenyans have been finding ways to concoct moving sob stories and swindle well-meaning people of the hard-earned cash.

As cases of fundraising fraud rise in frequency and scale, more Kenyans are skeptical of appeals for financial help, making it increasingly difficult for genuine cases to get the help they urgently need.

Here are some key fundraising etiquette that can help you make your harambee successful.

Avoid using high-pressure tactics to persuade others to give or participate in your fundraiser. As much as you want people to help you out, do not make it look as if you are forcing it on them or there are consequences if they don’t help out.

If someone chooses not to be part of your wedding committee, you have no option but to respect their choice. If someone decides not to engage in your ‘mchango’ - fundraiser, do not insist.

Don't push people to contribute. They might begrudgingly give just because they know you or they are part of your family but are likely to hold it against you for what would be described as guilt-tripping them.

Avoid Putting Your Co-workers’ on the Spot.

People can also use the office to accommodate their fundraisers. Going from desk to desk, on the other hand, puts people on the edge and can be intrusive and off-putting. Many of your colleagues'  could have urgent needs they are addressing as well or other causes they are involved in that would prevent them from contributing to yours.

You could take a softer approach by providing a time frame and an open-ended approach in which those who are not interested can decline.

For those who are interested, make sure you inquire from them first before adding them to any fundraising groups. That won't appear as forceful and intrusive and by taking a nicer, gentler approach, you'll be able to save your reputation too.

Don’t Underestimate the Power of  “Thank You.”

Showing gratitude makes people feel appreciated. Giving positive feedback after someone has contributed to your fundraiser makes them feel good about helping a worthwhile cause no matter how little they gave.

If you do that, not only are people going to be more receptive the next time you ask for help, but it is generally good practice to show gratitude.

You could tell them in person if you can, or write them a thank you note People love knowing that their contributions have been acknowledged.

Spamming social connections with multiple messages, status updates, and other social media could work against your fundraising efforts.

If you want to cast a wide net among potential contributors, use social networking apps like WhatsApp, Telegram, and Facebook Groups but don't go overboard.

You can make one or two mentions before the deadline,  or send messages with a few reminders, but don’t overdo it.

You might risk losing some of the people in the groups who genuinely wanted to help out.

Take “No” For An Answer.

You won't get a contribution from every person you ask, and that’s okay.

Recognize that not everyone can assist you at all times. Many people are already involved with other life's challenges and constraints, and some may be on a tight budget.

Don't make it your mission to convert people who fail to give to your fundraisers into enemies or ‘haters’, no matter how close they are to you or no matter how much you think they are capable of giving.

Consider Other Kinds of Contributions

If you ask a friend or family to contribute towards a wedding, burial plans, or medical bill, recognize that help is not always in monetary form.

If it is a wedding, someone can offer their car or offer you advice on which wedding providers you can outsource. If it’s a medical fundraiser, someone could just pray with you or visit and bring you a meal and offer moral support.

Making a contribution appeal can also be a relationship-building exercise. If your friends and family have something else to offer besides money, please accept that as well.

At the end of the day, you do not want to jeopardize the valuable relationships you have built over time.

Return the favor if someone responds positively to your fundraising efforts. Recognize that people give for a variety of reasons. Be ready to also say yes to them when the shoe is on the other foot.

Most people have been in situations where they've had to ask for financial support at some point in their lives. If you've ever been in this situation, you know how difficult it can be especially when it is handled with ignorance.

If you have to ask for help from people personally or through a  fundraiser, keep all of the above in mind, and above all, remember that people would like to help others although they may not always be in a position to.