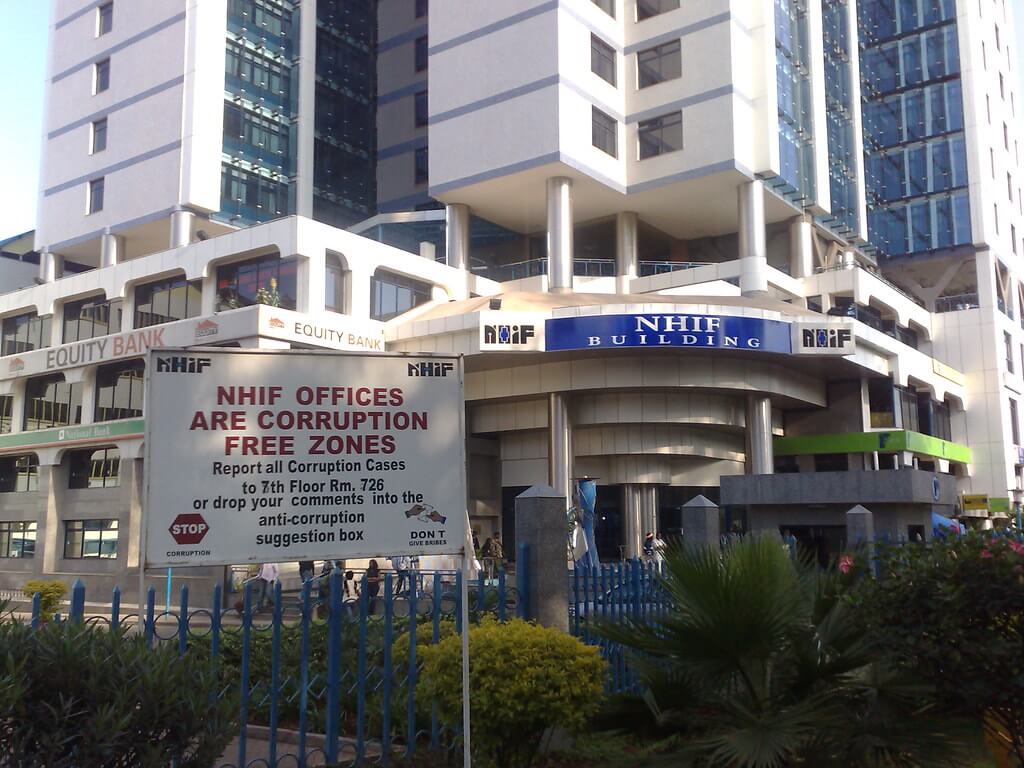 It’s yet another end-month, which is usually a bitter-sweet moment for most Kenyans. End months come with the joy of knowing that your salary has hit your account (for salaried people), but also the somewhat disappointing feeling of knowing that a significant portion of that money will be quickly spent on bills.

As we bid farewell to the month of September and prepare to welcome October, let’s check out the money news from the past 7 days that is likely to have an impact on how you’re going to spend your salary.

It’s Now Mandatory For All Kenyans to Contribute to NHIF

Kenyan lawmakers on Tuesday night passed a bill that now makes it mandatory for all Kenyans above the age of 18 to join and contribute to the National Hospital Insurance Fund (NHIF). This comes as the government tries to implement a Universal Health Coverage (UHC) scheme, which is one of the ‘big four’ in President Uhuru Kenyatta’s Big Four Agenda.

According to the bill, all Kenyan adults will be required to contribute Ksh6,000 annually, or Ksh500 every month. The fund will cover the hospital costs for both outpatient and inpatient services, including services such as maternity, surgery, cancer treatment, and dialysis.

Prior to the passing of the bill, the National Assembly Committee on Health Amendments had made proposals to have the hospital bills of Kenya’s 5.1 million poor households covered by the national and country governments. However, the proposal was rejected by MPs.

For private sector employees who contribute less than Ksh500 to the NHIF, their employers will be required to top up the difference to meet the Ksh500 base contribution.

With over 25 million Kenyans above the age of 18, the new law will add at least 16.36 million contributors to the fund, almost tripling its current membership numbers.

Temporary Reprieve For Kenyans as New Fuel Tax is Suspended

The price of fuel in Kenya, which is already at an historic high, was expected to rise again in October following plans by the Kenya Revenue Authority (KRA) to increase the excise duty of petroleum products by 4.97%.

Fortunately, Kenyans can now breathe a collective sigh of relief following a temporary injunction by the High Court suspending the tax increase.

The taxman planned to adjust the excise duty to match the average annual inflation over the past one year.

The increase would have seen fuel prices rise by at least Ksh1 per litre for petrol and at least 50 cents for diesel and kerosene, pushing the price of petrol to Ksh135.80 from 134.72, diesel to Ksh116 from Ksh114.4, and kerosene to slightly over Ksh111.

The injunction comes following a petition by members of Ufanisi Center, a youth group based in Korogocho. The petitioners argued that the increase in excise duty would overburden Kenyans who are already overtaxed and struggling to recover from the economic pressures brought about by the Covid 19 pandemic.

The excise duty adjustment would have seen the taxman raise at least Ksh400 billion in annual revenue.

Aside from fuel products, KRA also had plans to adjust the excise duty on 30 other commodities, including bottled water, beer, wines, and spirits, cigarettes, imported motor vehicles, and food supplements.

However, the reprieve for Kenyans might be short lived, with rising global oil prices threatening to push up the price of petroleum-related products in the country.

Over the last seven days, oil prices have been on a constant rise. On Wednesday, the price of a barrel of crude passed the $80 mark, pushing them to their highest level since October 2018.

Predictions by Goldman Sachs show that crude prices could climb to $90 by December, something that is likely to push fuel prices in Kenya to even higher levels.

A report by the Central Bank of Kenya (CBK) shows that the rate of non-performing loans has been decreasing, which signals economic recovery from the effects of the Covid-19 pandemic.

In the month of August, loan defaults stood at 13.9%, down from 14% in June and close to 15% mid last year. This comes following increased repayments in the construction and hospitality sectors, which were among the hardest hit by the pandemic.

With decreasing defaults and a recovering economy, banks are increasing their lending to businesses, with loans to the private sector growing to 7%, up from 6.1%.

In an announcement on Tuesday, CBK Governor Patrick Njoroge also announced that the Central Bank will retain the base lending rate at 7%, citing a strong and resilient banking sector, a recovering economy, and inflationary pressures.

In yet another report, CBK also announced that only 4% of transactions today happen in traditional brick and mortar banks, with Kenyans opting for more convenient methods such as mobile banking. Today, mobile transactions account for 85% of all bank transactions, up from just 56% before the pandemic.

Electricity Costs to Drop 33% in January

Kenyans can expect to spend less on electricity starting in January following plans to stop purchasing power from independent power producers. This comes after the President received a report by a task force formed to review Kenya Power’s Power Purchasing Agreements (PPAs).

The report shows that Kenyans have been paying high electricity costs largely due to the high costs of purchasing electricity from independent power producers.

Whereas Kenya Power buys power from KenGen at just Ksh5.48 per unit, it spends up to 35 times more purchasing power from independent producers.

If the recommendation to do away with independent power producers is implemented, consumers will pay Ksh16 for a unit of electricity, down from Ksh24, a 33% decrease. This means if you currently spend Ksh1,000 on electricity every month, you’ll only pay Ksh670 from January, with Ksh330 in savings.

The recently released Business Sustainability Report shows that Safaricom’s Fuliza product has surpassed it’s other two credit facilities, M-Shwari and KCB Mpesa, in less than three years since its launch.

Safaricom reports that in 2021, the overdraft service processes 300 loans every second. In 2021, Kenyans borrowed Ksh351.2 billion from Fuliza, a 43% increase from the Ksh245 billion borrowed last year. The number of transactions also increased to 787 million, compared to 392 million in 2020.

50% of Kenyans Unemployed Give Up On Job Search

Close to half of 2.49 million jobless Kenyans of working age (15 to 64 years) have given up searching for jobs, discouraged by limited opportunities in an economy where the majority of businesses are reducing their workforce in a bid to minimize costs and survive the recession brought about by the pandemic.

The high number of people getting into the job market has made things even harder.

Majority of those who are no longer seeking employment actively fall in the 20 – 24 age bracket. Most of these are fresh graduates who are finding it hard to get employment due to inexperience and lack of skills sought by employers.

Following the raft of containment measures that were implemented since the country reported its first case of Covid 19, nearly 730,000 Kenyans lost their jobs, particularly in sectors like education, support services, transport, and hospitality.

Britam has introduced a short-term education insurance cover that is aimed at keeping school-going children in school in the event that their parents or guardians are unable to raise school fees due to illness, disability, or death.

Dubbed Elimu Smart, the product will apply to all school-going children, from kindergarten to university. Britam has partnered with Bismart to make the product completely digital. The product is also highly affordable, with premiums starting at just Ksh1,000 per year.

In the event a parent or guardian is unable to pay school fees due to the stated reasons, Britam will step in to cover the cost of school fees at the child’s current school.