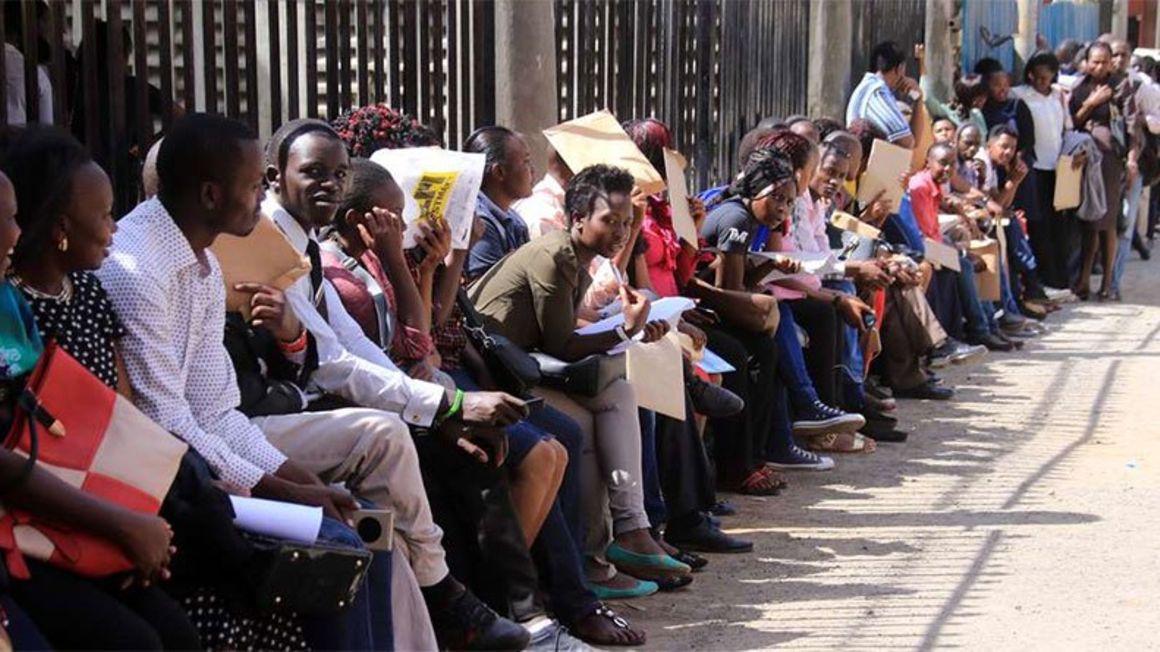 Jobseekers in a queue to submit their applications. PHOTO | NMG

We are already half-way through the year and it seems many sectors of the economy are hurtling back to normalcy as businesses evolve to better handle the unprecedented disruptions occasioned by the pandemic.

Despite the growing optimism, the cost of living has continued to rise marginally with May inflation increasing to 5.87% as compared to 5.76% in April. This is attributed to increasing cost of fuel over the period with global oil prices predicted to increase further.

Today, we look back at some of the most significant money news over the last seven days and how these developments may hurt or positively affect your pocket as well as what there is to learn to bolster your financial goals.

The Kenya Deposit Insurance Corporation (KDIC) has commenced the process of paying depositors who had up to a maximum of Ksh500,000 in the collapsed Charterhouse Bank. This ends a 14-year freeze that had thrown thousands of depositors in limbo.

KDIC has asked depositors to fill claim forms starting Thursday, June 3. The lender that was put under statutory management over a ‘severe violation of the Banking Act’ in June 2006 had Ksh2.9 billion in deposits in 4,699 accounts.

Only about 705 accounts will be left waiting for a share of liquidation proceeds in the bank that had a loan book of Ksh2.9 billion and Ksh4 billion asset base by the time of its closure.

However, liquidation could be possibly hindered by litigation especially given the fact that company shareholders are last to be considered for compensation in the event of liquidation.

READ ON: How customers deposits are protected by law against bank failure

A total of 624 digital lenders and credit-only providers were last year locked out from the credit information sharing (CIS) system over misuse of borrower data, the CBK’s Supervision Annual Report 2020 shows.

The report shows the number of third-party data providers allowed to share information on loan repayments and default with Credit Reference Bureaus (CRBs) in 2020 fell to 1,994 from 2,618 in 2019.

Meanwhile, the Standard Chartered Bank Kenya has received CBK regulatory approval to enter into the digital lending business as it seeks to expand its customer base beyond high networth individuals and large firms.

With this departure to woo the mass market, StanChart is expected to introduce a variety of new financial services in the coming weeks.

The lender is also in the process of upgrading its ATMs across the country to accept cheque deposits as it expands its digital banking services which it has invested heavily in including introducing video banking - what can be said to be the banking going to the customer.

The combined after-tax losses of Kenya’s 14 microfinance banks hit Ksh2.1 billion for the period ended December 2020 over low credit demand by cautious firms and individuals. This is compared to a Ksh339 million loss in 2019.

According to the CBK, only four microfinance banks registered profits. The Kenya Women Finance Trust (KWFT) was the hardest hit with an after-tax loss of Ksh1.5 billion while Faulu registered Ksh399 million in loss.

Kingdom Bank, formerly Jamii Bora Bank was handed a Ksh20.96 billion emergency cash lifeline by the CBK last year to prevent the collapse of the bank that was facing liquidity issues and declining customer confidence.

Co-operative Bank of Kenya that holds a 90% stake in Kingdom Bank has revealed that the regulator’s emergency loan - that is interest-free and repayable in 10 years with a 3-year grace period - averted an imminent collapse of the small lender.

The revelation further sheds light on the CBK’s attempt to increase market confidence in the banking sector especially after the not-so-long-ago collapse of Dubai, Imperial and Chase banks.

This was part of a special loan facility for microfinance and commercial banks facing liquidity challenges announced by the CBK in April 2016. It is, however, only available to lenders facing challenges not attributed to mismanagement.

A similar intervention is expected for Spire and Consolidated Banks that last year fell into the red after their core capital shrunk below the CBK-prescribed minimum of Ksh1 billion.

As the banking sector swiftly adopts the digitalisation of services, the number of employees needed to facilitate hitherto offline transactions are gradually reducing.

Latest CBK data shows that bank employee numbers dropped by 420 in 2020 as banks shifted business online. Banks and microfinance institutions ended the year with 31,605 employees as compared to 32,025 the previous year.

Digitalisation and the pandemic has also led to the closure of several bank branches such as by StanChart, Stanbic and Equity banks hurting clerical staff.

CEOs Expect to Hire Most Staff in 90 Days

As banking sector jobs decline, there is some good news for jobseekers and employees as company executives expect business activities to strengthen paving way for more hiring and an assurance of job retention.

This is according to a CBK survey of CEOs conducted in May where nearly a third (26.7%) of those surveyed - mostly from companies with between 100 and 500 employees - said they expected to hire more full-time workers in the coming three months as business improves.

The CBK survey of business leaders across 11 sectors of the economy found that CEOs see high cost of raw materials, rising fuel prices and low demand for goods as some of the biggest impediments to growth and expansion of businesses in the coming 12 months.

They also identified heavy taxation, high cost of credit and the prevailing effects of the pandemic as major factors that could impede future profitability.

In a move that could streamline cross-border transactions and end the reluctance of trading in different currencies, East African Community (EAC) member countries are exploring the possibility of introducing a central bank digital currency (CBDC).

While in its very infant stage, the CBDC could prove a good option for EAC member states who have a target of 2024 to attain a single currency for the region according to the community's Monetary Union Protocol.

A CBDC uses an electronic record or digital token to represent the virtual form of a fiat currency of a particular nation or region. These digital currencies are centralised and are issued and regulated by the competent monetary authority of the country.

This direction is in line with many of the world’s central banks that are also exploring the idea of introducing CBDC - China has the world’s first CBDC (the digital Yuan), currently in public testing phase.

In April, the Bank of England announced the setting up of a taskforce to consider the possibility of creating a CBDC that would “exist alongside cash and bank deposits, rather than replacing them.”

Meanwhile, commissions earned by M-Pesa agents shot up by 18.4% for the period ended March 2021 as M-Pesa to bank deposits increased on removal of transfer fees.

Safaricom paid its agents Ksh28.21 billion in commissions up from Ksh23.82 billion last year as bank to M-Pesa transactions were for the first time overtaken by M-Pesa to bank transactions.

“Businesses that have collected cash would go to an agent, deposit that money then send it to the bank because it’s a free channel. What this means is that agents around businesses are doing more transactions, which means more commission because we pay deposits commissions on that.” M-Pesa Africa managing director Sitoyo Lopokoiyit said.

While M-Pesa lost revenue on account of the removal of M-Pesa to bank transfer fees, most customers found convenience in depositing money via M-Pesa rather than directly through a bank branch increasing the commissions earned by agents on deposits.

Supermarket chain Tuskys - whose branches have fast fallen from a high of 60 to just about 7 - is seeking regulatory approval from the Competition Authority of Kenya (CAK) to lease its brand name through a franchise.

If successful, the struggling retailer will be allowed to charge independent retailers a fee for using its brand name as a Ksh2.1 billion investment deal with a mystery investor faces delays.

The proposal seeks to keep the brand name alive as it seeks much-needed investment to bounce back.

The strategy mirrors Uchumi Supermarket’s franchise plan announced in 2018 after the government pulled the plug on a bailout plan. This, however, has not seemed to have worked for the state-owned retailer.