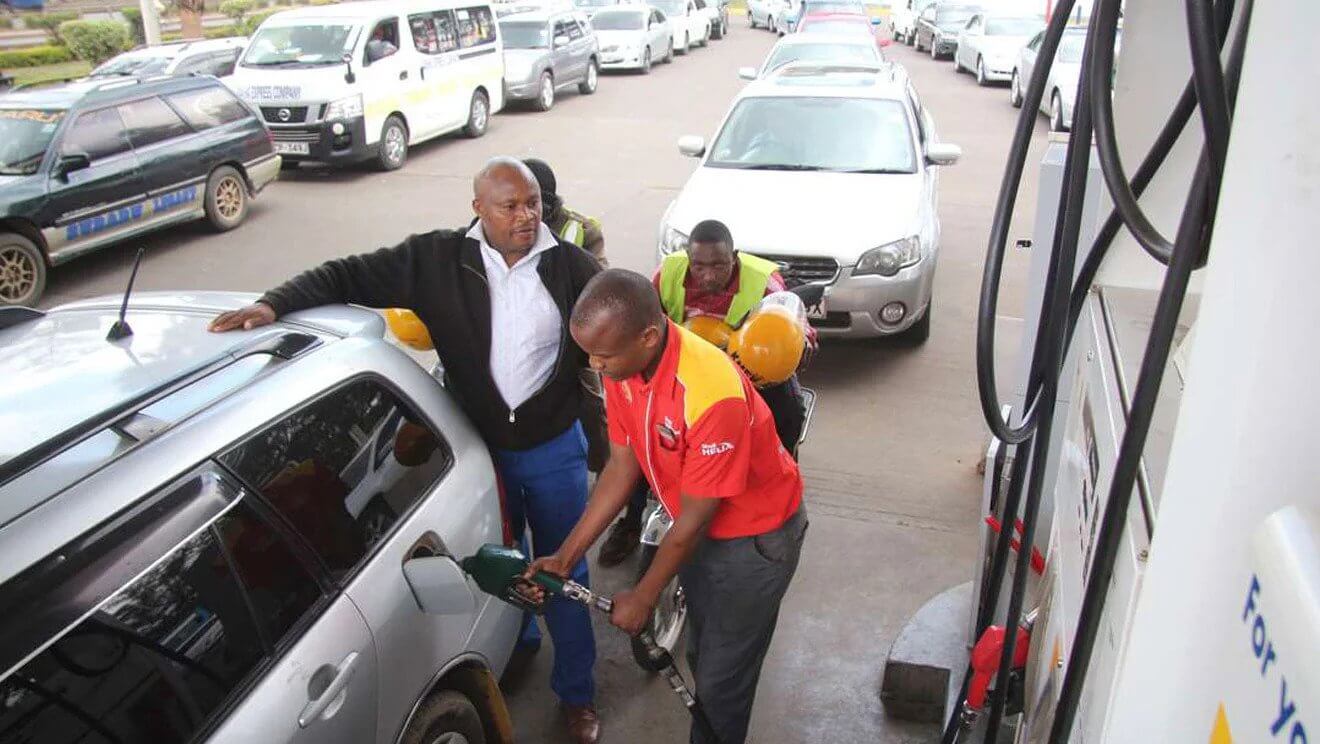 In today’s edition of Money Weekly, we take a look at what Kenyans can expect from the pending EPRA review, as well as other significant money news from the past 7 days including a record increase in M-Shwari savings by Kenyans and a report that shows seven out of every 10 Kenyans do not pay their taxes.

With fuel prices set to be reviewed today, government officials are in a state of dilemma over how to lower the cost of fuel in the country in the face of rising crude prices, and with funds for the monthly fuel subsidy having been used up.

Unless the Treasury makes available emergency cash to fund the fuel subsidy, fuel prices will climb to historic highs from midnight, leading to increased public outrage as citizens choke under the weight of unbearable living expenses.

The Treasury made revelations earlier this month that it had diverted Ksh18.1 billion of the Ksh31 billion collected from the Petroleum Development Levy to fund standard gauge rail (SGR) operations.

Lawmakers argue that this was a breach of the law, which mandates that funds collected from the Petroleum Development Levy should be used to subsidise the cost of fuel.

Global crude prices have, on the other hand, been on a sustained rise over the last couple of months due to demand fueled by a recovering global economy, as well as shortages of gas and power in large economies like China. Currently, a barrel (approx 159 litres) of crude is trading at $83.65 (Ksh9,276.79), while current fuel costs in the country are based on a crude price of $72.34 (Ksh8022.51) per barrel.

The situation has further been worsened by a weak shilling that has driven up the cost of imported goods, including fuel. The Kenyan shilling is currently trading at 110.80 to the dollar, down from highs of 105.70 in May.

In a bid to curtail the cost of fuel, the National Assembly’s Finance Committee has urged the Treasury to reinstate the fuel subsidy by refunding the Ksh18.1 billion that was diverted to the SGR.

The committee has also made proposals under the Petroleum Products’ (Taxes and Levies) (Amendment) Bill, 2021, to have value added tax (VAT) on petroleum products and the petroleum development levy slashed by half.

Other proposals in the bill include the exemption of petroleum products from annual adjustment, and a Ksh3 per litre reduction in supplier margins.

Should these proposals be approved by Parliament, Kenyans can expect the cost of fuel to fall by at least Ksh10 per litre. Until then, however, all we can do is wait for today’s fuel review.

Kenyans have Ksh571.1 billion held in their M-Shwari mobile wallets, an amount that rivals and surpasses the savings held in some of Kenya’s top banks.

In the same period, Kenyans borrowed Ksh94.5 billion from M-Shwari, meaning Kenyans are saving six times more than they are borrowing. M-Shwari offers a 6% annual interest rate on savings, which is way higher than the average bank interest rate of 2.64%.

The Kenya Revenue Authority (KRA) has over the last four years been progressively removing a tax incentive that was proffered to traders and companies, a move that has seen businesses lose Ksh118.79 billion.

In previous years, the taxman did not collect these billions of shillings from traders and firms since the earnings were eligible for tax deductions, exemptions, and reliefs. The tax benefits, which stood at Ksh437.12 billion in 2017, dropped to Ksh318.32 billion last year following the removal of the preferential tax rates.

The Treasury Bond Auction of 2021 netted the Central Bank of Kenya (CBK) Ksh52 Billion, a 92.5% performance rate against the advertised Ksh60 billion. On sale at the auction were two 15-year and one 25-year Treasury bonds.

In the T-Bills Auction, the 91-day T-Bills with a 6.935% rate of return were the most attractive, attracting bids worth Ksh3.4 billion. The 182-day and 364-day T-Bills attracted bids worth Ksh3.961 billion and Ksh2.438 billion respectively, against an advertised offer of Ksh10 billion for each of them.

The next T-Bill auction will be held on 18th October.

Should the National Rating Bill 2021 be passed, counties will be compelled to review their property rates every five years, a move that is aimed at ensuring that the State gains from property appreciation.

The last couple of years have seen the values of land and houses rise exponentially amid growing demand, especially in urban areas. However, counties have been charging property rates using outdated property valuations, something that has been denying the State revenue.

Once the Bill is passed into law, counties will now charge property rates based on more accurate valuations that reflect the appreciating land and property market.

Property rate is a tax charged by county governments on the value of a property. The National Rating Bill 2021 is a move by the National Treasury to help country governments boost their internal revenues.

A new research by crypto brokerage firm, BrokerChooser, which was aimed at gauging levels of interest in cryptocurrency, ranked Kenya fourth highest globally, behind Ukraine, Russia, and the US.

The research was done by conducting an analysis of top global searches for cryptocurrency-related queries over the last 12 months. The survey also looked at the rate of crypto adoption.

The results of the survey show that Kenyans made 99,810 cryptocurrency-related searches over the last 12 months. The research also estimates that there are 4,580,760 crypto owners in the country.

A survey by TIFA Research and the East African Tax and Governance Network (EATGN) shows that 71% (seven out of every 10) of Kenyans do not pay their Pay As You Earn (PAYE) taxes.

The survey also showed that close to half of the respondents (48%) reported not filing their tax returns. Of those who reported having their returns, the majority (70%) were from the formal sector. 21% of the respondents also reported that they were willing to do whatever it takes to avoid paying taxes.