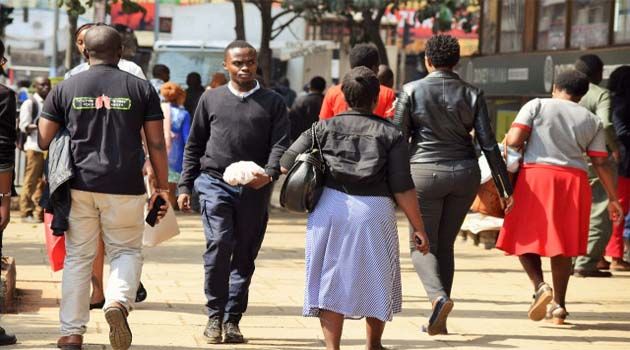 Over the last 7 days, Kenyans have been hit with new regulations such as a new car inspection directive, with alcoblow also now potentially making a comeback on Kenyan roads.

The cost of water is also on its way up with a new proposed tariff set to drive it high by as much as 40%, if passed.

The taxman has also been coming up with new ways to ensure efficiency in tax collection, with the latest news coming from Time Tower turning a few heads.

As always on Money Weekly, every Tuesday, we break down for you the money-related news stories that made the headlines over the last seven days.

Water bills in Nairobi could rise by up to 40% if new tariffs proposed by Nairobi City Water and Sewerage Company (NCWSC) are approved by the Water Services Regulatory Board (Wasreb).

Under the proposed tariff, households that use 15 cubic metres (15,000 litres) of water per month will pay approximately Ksh1,685, an increase from the current Ksh1,241.

Furthermore, households that use 55,000 litres of water per month on amenities such as swimming pools and lawn watering are to pay Ksh6,922 instead of the current Ksh4,952, representing a 39.78% increase.

Nairobi Water explained that the new tariffs would help the utility firm service its loans and improve infrastructure.

Wasreb, the regulator, has invited members of the public to send their take on the proposed tariff hike through tariffs@wasreb.go.ke or info@wasreb.go.ke.

The Salaries and Remuneration Commission (SRC) has announced that civil servants will have to do without a huge chunk of their lucrative allowances starting October 2022.

The new guidelines, if implemented for all government employees, are expected to reduce the wage bill by approximately Ksh100 billion per year, or Ksh2 billion per week.

The State intends to cap allowances at a maximum of 40% of a public worker's gross pay, a departure from the current unregulated model that inflates workers' actual salary.

There are currently over 247 remunerative and facilitative allowances payable in the public sector, which effectively double a worker's monthly pay and account for 48% of the State wage bill.

This latest development comes barely a month since the SRC, in a proposal to Parliament,  argued for the salaries and allowances of public officers to be automatically reviewed after every four years as a means to match the increasing cost of living.

Salaries in the civil service depend on the job group; For example Job Group B1 employees are on the low end of the spectrum receiving anywhere between Ksh 11,533 – Ksh 14,442 per month.

However, this figure could triple if the aforementioned allowances such as house, commuter, hardship etc are factored in, and could explain the lucrativeness of government service.

This is a major shift from the company’s previous loan default recovery strategy that involved blacklisting defaulters with credit reference bureaus (CRBs).

Now, the telco looks set to use both recovery methods as seen in the statement below:

“At any time after an event of default has occurred which is continuing, we may, without prejudice to any other right or remedy granted to us under any law, take reasonable measures including engaging an independent debt-collection agency, to recover the amount in default and/or submit information concerning the event of default to Credit Reference Bureaus, subject to applicable laws,” it reads in part.

The newly launched Faraja works like a digital credit card that allows users to make purchases within a Ksh200 to Ksh100,000 price range, and pay back the same amount with no interest or extra fees.

However, this can only be facilitated via Lipa na Mpesa, with merchants such as Naivas having already signed up.

Still on Safaricom, M-Pesa senders who reverse the funds will now get a full refund of their money even if it had fully or partially been used up by the recipients Fuliza.

Section 35 of the Computer Misuse and Cybercrimes Act states: If you fail to reverse an M-PESA payment that was made erroneously, you risk a two-year jail term, Ksh200,000 fine or both.

In June 2021, Nairobi Senior Principal Magistrate Martha Nazushi made the headlines after sentencing a man to three months in prison or pay a fine of Ksh20,000, after he pleaded guilty to having withdrawn and used up money sent to him erroneously via M-PESA.

Customers who mistakenly send money to the wrong people have been texting the transaction code to the number 456 for a reversal, now this would also work if the recipient had some or all of the money used up by their Fuliza.

The Kenya Revenue Authority (KRA) is in the process of deploying an advanced forensic laboratory to mine data from hidden accounts and records from taxpayers' computers and mobile phones.

Tax consultants predict that the KRA will be more aggressive in pursuing tax evaders in the coming months, following the announcement of plans to establish the digital forensic laboratory.

This will include data from “e-mails, texts, video, audio, image files, and other transactional data on hard disks and other storage media”, the taxman said in a document inviting bids from potential suppliers in May 2022.

“The tool should also be compatible and have the ability to extract, and analyse data from all types of phones and tablets, should include a full range of peripherals and accessories needed for mobile forensic investigations, including connectors, faraday bags, memory card readers, SIM and micro-SIM ID Cloning cards, camera of capturing images of the data or screenshots directly from the device,” KRA disclosed in a tender call for supplies to its forensic laboratory.

Note: Faraday Bags much like the Faraday cage is an enclosed, sealed unit which prevents signals from being sent and received thanks to the material the bag is made from.

This is important in cases of seized devices where the data contained in it is used as evidence in court as the faraday bag will ensure this has not been tampered with.

The initiative by the KRA's newly formed intelligence management division comes at a time when businesses are increasingly shifting away from traditional paper-based accounting systems and toward internet transactions and electronic record-keeping.

Kenya Power is set to introduce an innovative platform that enables the sharing of electricity tokens.

A city-based tech company - Numeral IOT, is developing an app that will give users the first chance to share utility tokens alongside much as they do with products like data and airtime.

For tenants who miss out on electricity tokens when they move houses, the application will be a huge win.

Kenya Power is counting on increased technological use to boost sales and reduce losses from unauthorised electricity connections.

Chapati and Mandazi Prices Could Come Down

Wheat product prices are expected to fall in October after millers placed orders for the commodity at a time when its price in international markets has dropped by 36%.

Wheat prices in the global market fell to Ksh35,995 per tonne last week, down from Ksh56,118 in March 2022, when the world recorded the highest cost of the commodity.

Kenya imports approximately 66% of its wheat from Russia & Ukraine.

Kenya relies on global wheat supply to meet its demand, importing up to 75% of the grain.

Unga Prices Could Hold For Longer

The current high price of maize flour could hold out for even longer as the government struggles to secure imports to satisfy local demand.

The Kenya Millers Association says the move to suspend charges on imported maize may not lead to lower prices as there are bottlenecks such as increased cost of export permits from the main market source, Tanzania.

However, Kenya is now mainly relying on maize stocks from Tanzania to meet the rising demand for flour after the supply in the local market dwindled. This is because most stocks from Uganda are sold in South Sudan because of higher prices there.

Under the new directive, The National Transport and Safety Authority (NTSA) requires all motorists who own vehicles older than four years since their manufacture date to undergo inspection.

Once adopted, the regulations will require motorists to hold inspection certificates renewable every two years.

NTSA has since issued a document that is open for public participation, which states that such motorists will be expected to hold an inspection certificate renewable every two years.

Below are the proposed charges for the various types of vehicles:

The regulator also proposed that private vehicles imported into the country be exempt from the new directive if they have been inspected prior to importation by the Kenya Bureau of Standards or its agents.

The public is expected to provide feedback and comments on the draft regulations before they are subjected to various legal processes and adopted.

Fuel Prices Unchanged For the First in Months

Kenyans breathed a sigh of relief following the latest EPRA fuel price review that maintained the prices as they were in the previous month.

EPRA, in its statement, said that the government would utilise the Petroleum Development Levy ( PDL ) to cushion consumers from the otherwise high prices.