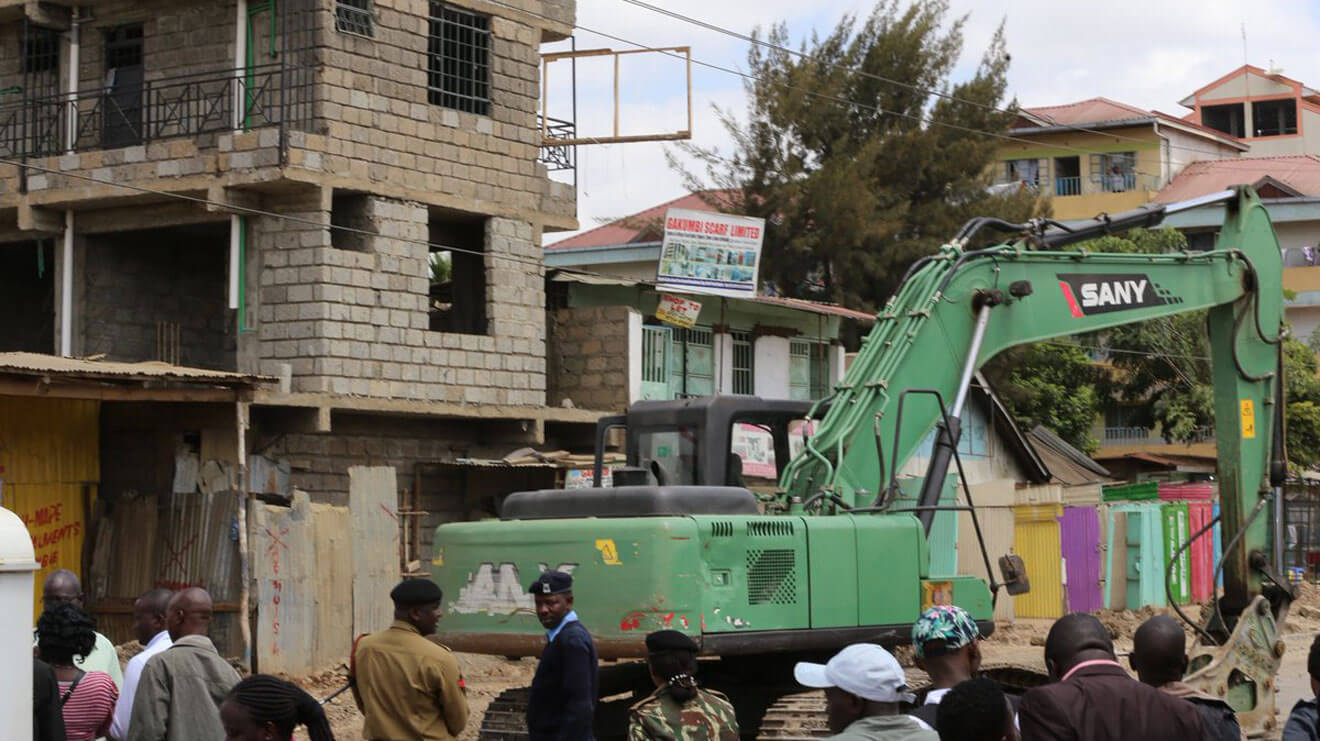 A building under construction in Kayole, Nairobi 2018. Non-performing loans in the real estate sector increased by Ksh13.3 billion (14.1%) to Ksh74.7 billion, an indicator that the homeowners servicing mortgages and commercial real estate companies are yet to return to their pre-Covid income levels.

Do you own any NFT yet? Are you looking forward to using the Nairobi Expressway? In today’s edition of Money Weekly, we look at how much it will cost you to use the Nairobi Expressway, how Kenya’s young millionaires are investing in NFTs, and other top news stories that could impact how you spend your money.

Despite the economy recovering from the effects of the Covid pandemic, the transport, real estate, and energy sectors registered the worst loan defaults last year.

According to newly released data from the Central Bank of Kenya (CBK), non-performing loans in the real estate sector increased by Ksh13.3 billion (14.1%) to Ksh74.7 billion, an indicator that the homeowners servicing mortgages and commercial real estate companies are yet to return to their pre-Covid income levels.

In the transport sector, cross-border lockdowns and the night-time curfews affected the ability of vehicle owners to repay their loans, resulting in a Ksh1.4 billion (10.8%) increase in non-performing loans to Ksh42.2 billion.

The increase in loan defaults in these two sectors has pushed several banks to auction properties and vehicles to recoup their losses.

Meanwhile, the stock of non-performing loans in the energy and water sector increased by Ksh2.2 billion (17.1%) to hit Ksh15.1 billion.

The personal and household, agriculture, manufacturing, trade, and financial services sectors, on the other hand, experienced a decrease in the stock of non-performing loans due to recovery in these sectors.

Motorists to Pay Ksh310 to Use the Nairobi Expressway

Through a Gazette notice, the government has announced the prices you will pay to use the Nairobi Expressway once it is open to the public.

According to the Gazette notice, motorists will pay between Ksh100 and Ksh310 to use the elevated highway, depending on the distance travelled.

Driving through the 27km of the entire expressway from Mlolongo to James Gichuru Road or vice versa will cost you Ksh310 per trip. The Ksh310 toll fee also applies to those driving from Mlolongo to Westlands or Museum Hill.

The minimum amount one will pay to use the expressway will be Ksh100, which will apply for short distances, such as Westlands to Haile Selassie, James Gichuru to Museum Hill, or Museum Hill to Capital Center.

Before opening the road to the public, the Kenya National Highways Authority (KeNHA) will run guided trials to test how the installed systems will work.

The Chinese government funded 75% of the project and will collect tolls from road users for the next 30 years to cover the cost of construction.

State to Revive LPG Subsidy in Bid to Tame Prices

The National Treasury has announced plans to curb runaway cooking gas prices by reviving a stalled LPG scheme starting from July this year.

Speaking to the press, Treasury CS Ukur Yatani said that the revival of the LPG subsidy scheme is one of the top priority public investments in the next financial year. The Ministry of Energy first introduced the subsidy in 2016 to incentivise the public to ditch the use of kerosene and charcoal in favour of LPG.

However, bureaucratic hitches, distribution challenges and corruption at the National Oil Corporation, which was to be in charge of the subsidy scheme, as well as provision of faulty cylinders by some suppliers, led to the scrapping of the scheme.

According to the draft Budget Policy Statement, the government has allocated funds to cater for the supply of a minimum of 300,000 cylinders. The government plans to increase the distribution of more cylinders to low-income households over the next three years.

The revival of the subsidy comes at a time when LPG prices in the country have soared to an all-time high over the last month, largely due to the Russia-Ukraine conflict. A 6Kg cylinder of LPG is currently retailing at up to Ksh1,600, up from Ksh900 in June last year, while the price of a 13Kg cylinder has increased from Ksh2,250 to Ksh3,400 in the same period.

It is not uncommon for wealthy individuals to put their money in assets like watches and jewellery, antiques, rare art pieces, and antiques. However, a new crop of Kenya’s young millionaires is bucking the trend and putting their money into a relatively new asset class- NFTs.

Better known as non-fungible tokens, NFTs are digital assets encoded within a blockchain and cannot be replicated. NFTs could be digital art, photos, video game items, videos, or music. Like conventional luxury assets, NFTs derive their value from provenance and rarity.

The recently released Knight Frank Wealth Report 2022 shows that 6% of high net worth individuals (people with a net worth of over Ksh114 million) own an NFT. A further 13% of HNWI also have their money in cryptocurrency.

Even for those not in the millionaire class, there’s an opportunity to make money by packaging something valuable – such as your art, photos, or music – into an NFT. For instance, in April 2021, Eliud Kipchoge packaged the highlights of his May 2019 Ineos Challenge and his September 2018 Berlin Marathon win into NFTs, which he sold for $37,351 (Ksh4.3 million).

NFTs are a relatively new asset class, and as the industry continues growing, there will be more opportunities for everyone to invest in these digital assets.

Safaricom’s M-Pesa is under mounting pressure to lower its transaction charges, with Treasury CS Ukur Yatani being the latest player to add his comments to the debate.

The CS, while responding to a Senate committee set up to investigate claims of dominance abuse by the telco, said that the Treasury was putting in place measures to protect consumers from what he termed as exploitative charges by M-Pesa, which enjoys 99.9% market share in the mobile money space.

CBK Governor Paul Njoroge had earlier informed the same committee that the government was in talks to get Safaricom to separate its mobile money business from its telco arm. CBK hopes that these changes will enable it to provide greater regulatory oversight on M-Pesa. 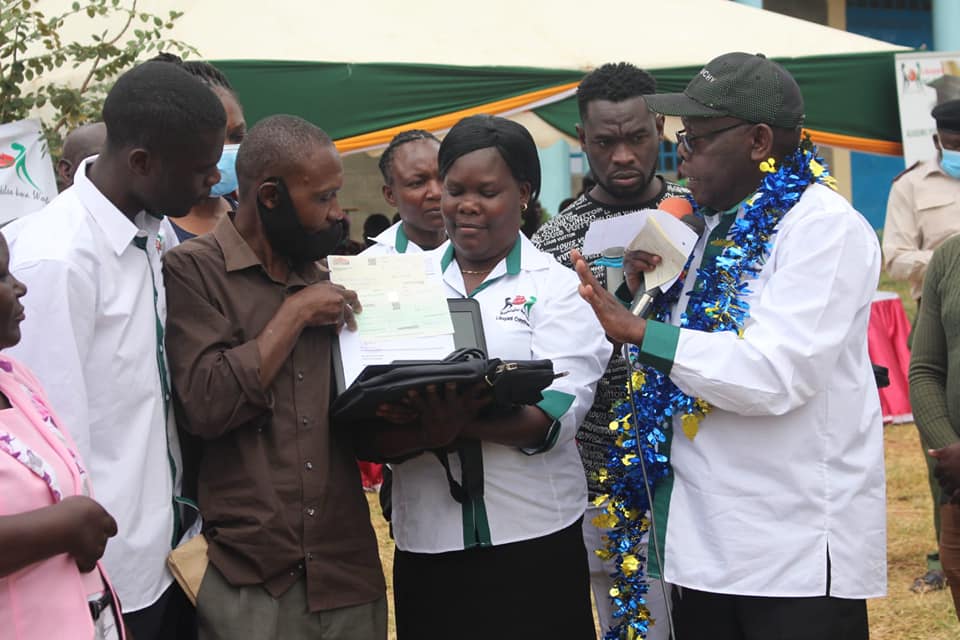 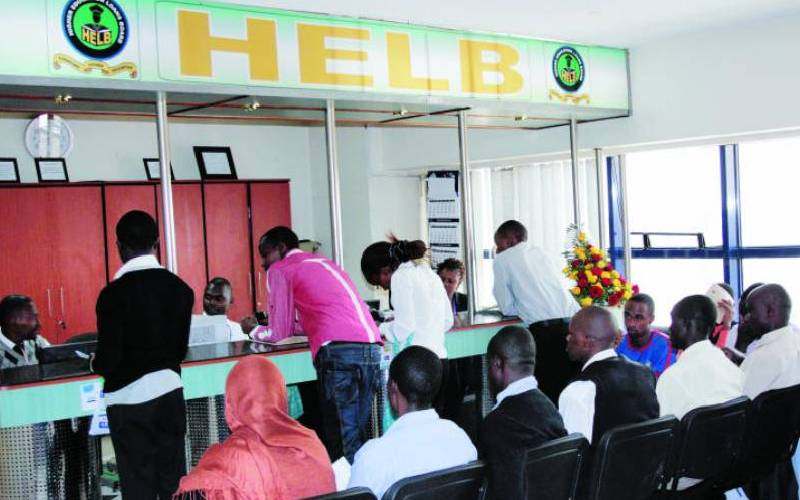