Why Leaving Your Car at The Mechanics is a Bad Idea 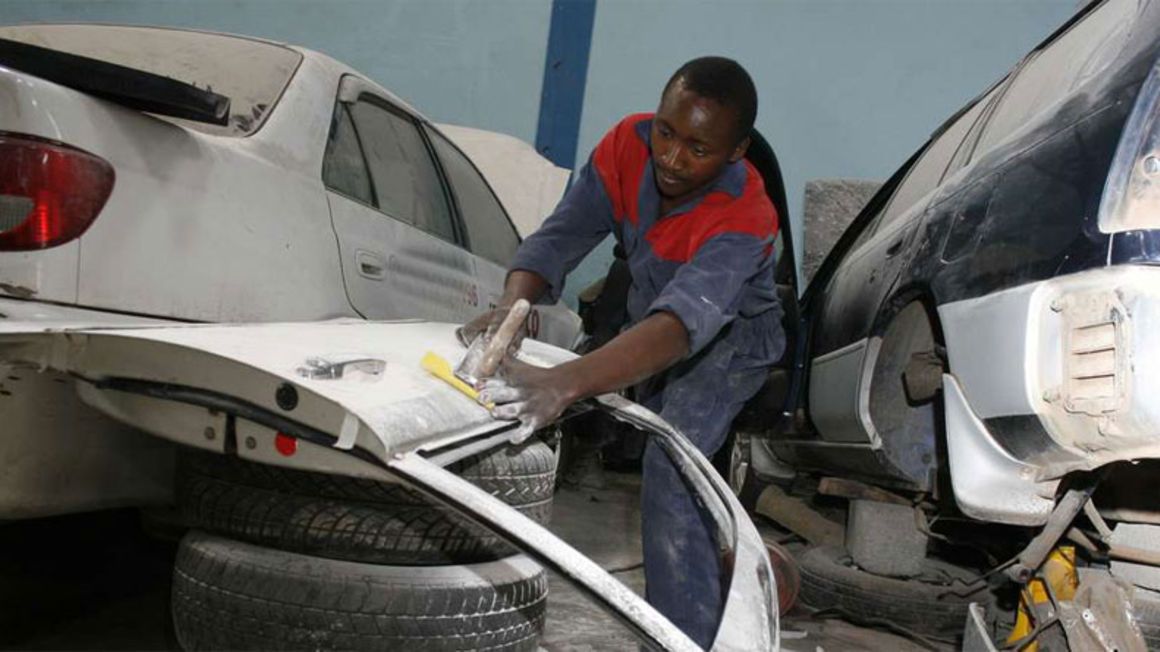 I recently came across a video on TikTok that garnered thousands of comments. It was a secret recording that was allegedly taken at an unnamed garage in Nairobi.

It showed the mechanics stealing a catalytic converter from a car that was presumably left behind by a client.

The two mechanics dismounted the car’s exhaust system and hacked away at it using electric power tools to access the catalytic converter.

This isn’t just something for people who live in the city. It’s a problem everywhere with such cases reported across the country.

A quick search online led me to discover that this particular car part is very common when it comes to car parts that could be stolen at a garage, or just at any given car park.

Read Also: The Process of Car Financing in Kenya

What is a Catalytic Converter?

This is a metallic box found underneath your car between the engine and the muffler as a part of the car’s exhaust system.

Its main role is to clean up the harmful gas emissions produced when the engine runs, turning them into harmless gases such as Carbon Dioxide (Co2) and water vapor.

The converter has a honeycomb interior, and this is where all the magic happens, and this is also why this part has recently become a ‘hotcake’.

You see, the inner side of the aforementioned honeycomb is coated with chemicals called catalysts which break down the molecular structure of the harmful gases coming from your engine, clean them up, and release them as harmless gasses.

Now, these chemicals aren’t your average chemicals. The catalysts are made of precious metals such as palladium, rhodium, and platinum.

Couple this with the tightening of rules regarding harmful gas emissions and you get why these precious metals have seen their prices soar over the last couple of years.

This surge in price has led to the emergence of a vibrant black market for stolen catalytic converters.

How they do it

Most thefts are acts of opportunity. To steal a catalytic converter, someone has to literally crawl under your car. This explains why most incidents in Kenya are alleged to have taken place at makeshift garages.

This makes it easier to steal from SUVs, trucks, and pickups as they are generally higher than small sedans, making the part more accessible.

If you take your car to a new garage and just leave it there, you will be really lucky to get it back with everything in place

Theft can also be influenced by where you park your car. If you leave it for long periods in a poorly lit area or in a basement, chances for theft are higher.

While most crooks usually steal the component, some mechanics will trick their clients into voluntarily giving it away, usually by claiming that it’s a useless part that could be messing with your exhaust system.

How To Tell If Your Catalytic Converter is Missing

Unfortunately, you might be unaware that someone has stolen the catalytic converter from your car. For starters, you are unlikely to check under your car ever so often.

According to industry experts, the following signs could indicate a missing catalytic converter and should prompt you to check underneath your car.

Hybrid cars in general are more susceptible to such incidents as they run less on fuel, so their catalytic converters are less eroded and contain more precious metals.

As a rule of thumb, the easiest way to know if this part is missing is by getting on the ground and taking a quick look.

If your catalytic converter has been stolen, a visual inspection of your exhaust system will reveal that it has been disconnected

Also, make it a habit to inspect the cars before and after dropping them off at the mechanic.

Can I Drive My Car Without a Catalytic Converter?

Yes, you can as it doesn’t interfere with the general drive. However, NEMA stipulates that no person shall cause or allow the emission of visible air pollutants from a stationary or mobile vehicle in excess of the limits set out under the prescribed Standard.

This means that you could run into problems with the law, plus it’s also irresponsible to drive such a car knowingly.

How can I protect my Catalytic Converter?

There are some practical things you can do to safeguard this particular part, for example:

Now, catalytic converters aren’t the only parts that could be stolen or swapped at a mechanics shop.

Swaps are also made if one isn’t careful. For example, if you’ve ever changed your own car battery, you probably know that with a few tools and a couple of minutes of time, a battery is relatively easy to remove and replace with a faulty one.

Other car parts that are prone to theft include wheels, side mirrors, and radio entertainment components.

Car jacks are also prime targets - This is mostly at garages as they can be easily left behind. They have a readily available market and command over Ksh3,000 in the black market.

As mentioned earlier, making it a habit to inspect the vehicle prior to and after dropping it off is highly advised.

One could also sacrifice their time (could be as little as 1 hour) and just indulge in the car servicing process. You don’t have to crowd the mechanic’s space but by just hovering around, any ‘smart ideas’ can be easily dispelled.

According to the Association of Kenya Insurers, there are ready and vibrant markets for parts belonging to the following models: Toyota, Isuzu, and Nissan, with Mitsubishi and Mercedes Benz completing the top five.

This means that extra care needs to be taken not only when taking the car in for servicing, but also when it comes to parking spots and routes taken.

For example, the Koja roundabout area is notorious for side mirror-casing thieves. Wipers and side lights are not spared either given that one is usually stuck in heavy traffic.

To prevent the above, experts advise that one should have any easily removable part riveted. It costs less than Ksh400 to have your side mirrors done, and it could save you thousands as these parts don’t come cheap.