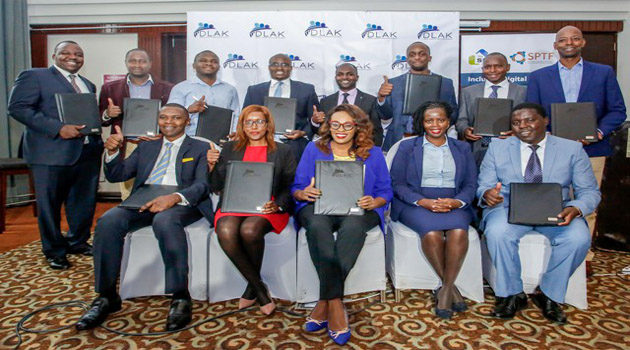 The month of November is already in its last stretch, and Kenyans are preparing to head over into the last month of the challenging year that has been 2021, some with excitement for the upcoming holidays, and others with angst and apprehension.

As we bid farewell to November, let’s look at the top money news from the last 7 days that affect your wallet.

It is common practice by some digital lenders to hide some of their fees and charges from borrowers until it’s time to repay the loans. Borrowers are caught by surprise and forced to pay more than they had anticipated when taking the loan, leading to high default rates.

Fortunately, this practice is on its deathbed after the Competition Authority of Kenya (CAK) passed new rules that will require digital lenders to disclose their full charges and penalties to the authority. The reporting will be done every four months. As part of the report, digital lenders will make known their interest rates, their rollover fees, and their late payment penalties.

The new rules come after investigations exposed the fact that close to three quarters (73%) of mobile borrowers are not aware of the true cost of their loans. This creates an environment where digital lenders get away with charging exorbitant fees and interest rates, with some charging as much as 520% in interest when annualised.

According to the competition watchdog, the new rules, which will take effect before June next year, will boost awareness among mobile borrowers and curb predatory lending practices.

In related news, CAK has also flagged 12 banks with hidden charges and fees on their mortgages.

Some of the banks flagged include Absa Bank Kenya, NCBA Bank, KCB, Victoria Commercial Bank, Consolidated Bank, Mayfair Bank, DIB Bank Kenya, and Bank of Baroda. The banks, with one exception, have since reviewed their mortgage contracts following orders by the competition watchdog.

Analysts warn that this year’s festive period will be an expensive affair for Kenyans following as the cost of goods is on the rise. This increase comes as importers spend more to bring household necessities into the country due to a weakening shilling, forcing traders to pass the cost to consumers.

Over the last couple of days, the Kenyan shilling has been trading at over 112 units against the dollar, pushing up the cost of importation for commodities like fuel, clothing, sugar, foodstuffs, cooking gas, and other imported goods.

The increased cost of importation for petroleum products and other raw materials  is also likely to affect the cost of locally manufactured goods.

Already, the prices of commodities like cooking gas, cooking oil, bread, and sugar have risen by up to 30%. With Europeans and Americans stocking up for winter, experts are worried that demand for the dollar will push the shilling even further down, leading to even higher prices for commodities over Christmas.

The price of sugar has also soared after the government decided to reduce sugar imports from Uganda. The Sugar Directorate gave a directive in September to the effect that traders will only be allowed to import 18,923 tonnes of sugar from Kenya’s landlocked neighbor, rather than the 90,000 tonnes earlier reported following an agreement between the two countries.

State Ready to Use Taxes to Pay Toll Fees

The Treasury has said that it is ready to use taxes to pay private investors involved in highway projects in the event that motorists put up resistance against paying toll fees.

The government is anticipating that there might be resistance to road tolling in the form of legal suits and public protests. In 2016, the government had plans to introduce tolling on the Nairobi Southern Bypass, but the plans were shelved following huge public outcry.

The government is also taking a lesson from countries like Nigeria, where huge protests forced the Nigerian government to abandon road tolling on the Lekki Toll Road.

Abandoning road tolling means that the cost of infrastructure projects such as the Nairobi Expressway will be borne by all taxpayers, rather than by motorists using these roads.

Kenya initially experimented with road tolls in the late 1980s, but the government later abandoned tolling in the mid-1990s due to excessive corruption, and introduced the Road Maintenance Levy. Motorists currently pay Ksh18 in Road Maintenance Levy for every litre of petrol or diesel.

Should the government go ahead with plans to introduce toll fees on new highways, this will amount to double taxation - those opposed to the move argue - saying that motorists using these roads will still pay the Road Maintenance Levy, which was introduced to replace toll fees.

Say Hello to Advertisements on the Safaricom M-Pesa App

Safaricom will soon allow businesses to advertise their goods and services on the M-Pesa app. ]

This comes as the leading telco seeks to push the M-Pesa platform beyond cash transfers and payments and create new revenue lines.

The introduction of advertising on the M-Pesa app is a result of Vodacom Group, Safaricom’s parent company, signing an agreement with China’s Ant Group, the parent company of AliPay. AliPay is an online and mobile payment platform that boasts over 1 billion active users.

By introducing advertisements on the M-Pesa app, Safaricom is borrowing a leaf from the AliPay app, which offers a variety of services, including financial and payments services, direct marketing, merchant services, shopping, and entertainment.

M-Pesa is already Safaricom’s largest single source of revenue, and the telco hopes that the introduction of advertising will further boost its earnings from the service.

In other related news, Safaricom has announced that customers will now be able to purchase airtime directly from Fuliza, an overdraft facility offered by the telco. Before this, customers could only use Fuliza to send money or make payments, but not to purchase airtime.

Customers will have access to a significantly higher emergency airtime credit than currently offered by the Okoa Jahazi service.

The national government will reduce the wage bill by Ksh77 billion in the year to June 2022, from the current Ksh603 billion to Ksh526 billion, a 12% cut. This will be the first reduction in the national wage bill in more than 10 years.

This reduction in the public wage bill comes following the signing of a deal between the International Monetary Fund (IMF) and the Treasury, which is aimed at streamlining public sector allowances to contain the ballooning public wage bill.

As part of the planned reduction, the Salaries and Remuneration Commission (SRC) made an announcement last month capping allowances paid to public officers at 40% of their gross monthly pay. The commission also announced the abolishment of job-related benefits.

Currently, allowances for public servants are unregulated, something that has seen some state officers take home allowances reaching up to 259% of their gross monthly pay.

The Kenyan government is planning to issue its fifth sovereign bond (Eurobond) in the 2022/2023 fiscal year, which it hopes will raise Ksh105.6 billion. Over the last 7 years, the government has issued 4 Eurobonds, which raised a total of $7.85 billion (Ksh880 billion).

Increased borrowing over the last couple of years has pushed the country’s public debt to Ksh7.996 trillion as of September 30th, new data from the National Treasury shows. Of the Ksh7.996 trillion total debt, Ksh4.058 trillion is owed to external lenders, while domestic debt stands at Ksh3.938.

A new anti-fraud unit named the Sacco Societies Fraud Investigation Unit (SSFIU) has been formed following an agreement between Saccos and the Directorate of Criminal Investigations (DCI).

The new anti-fraud unit will help protect the over Ksh800 billion worth of customer deposits held by Saccos from embezzlement and cyber-related attacks.