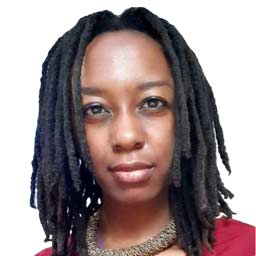 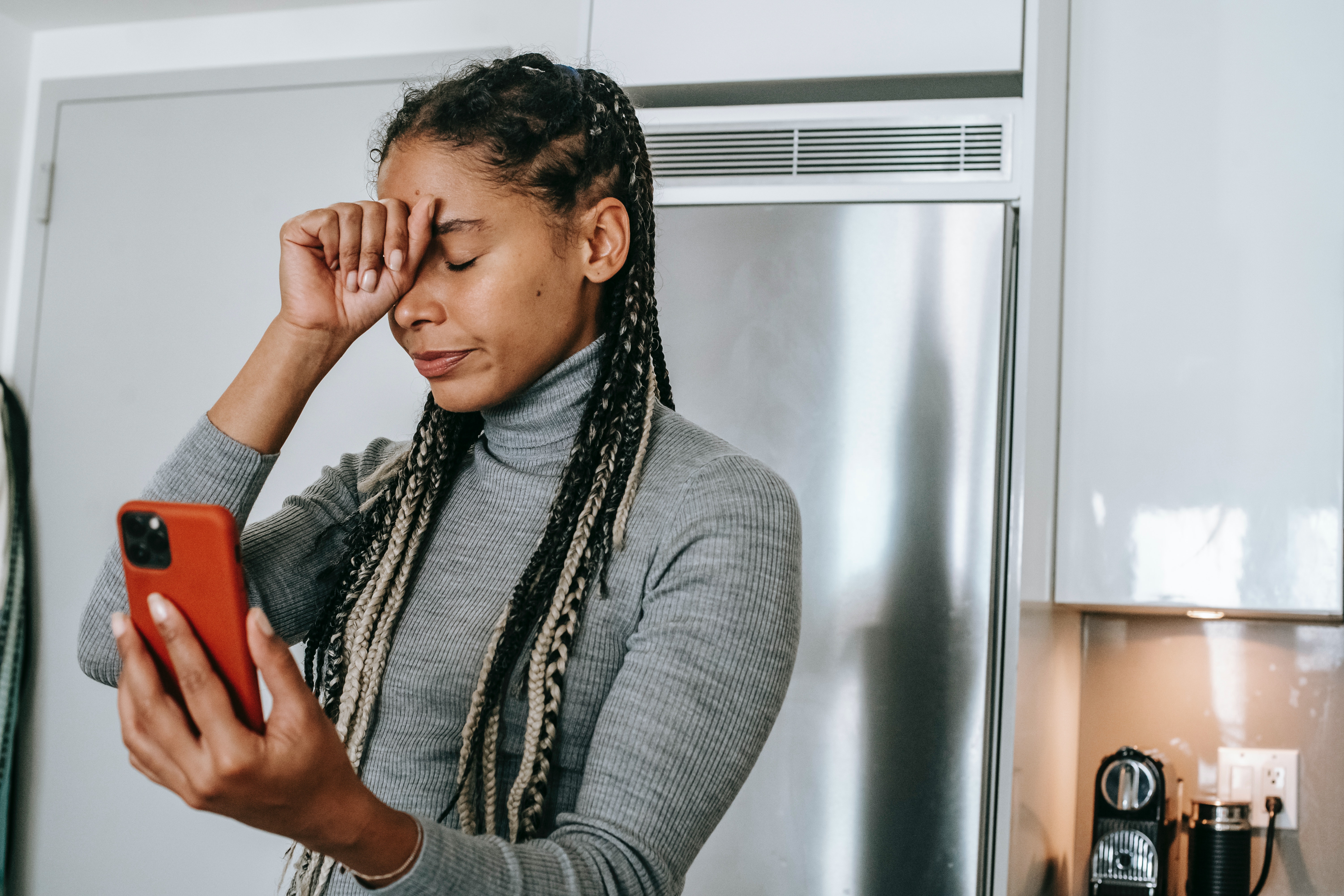 It is nearly 10 years since the first mobile loan facility was introduced to Kenyans via Safaricom’s M-Pesa.

Since then, the number of mobile lenders has risen astronomically into the hundreds. A survey by Financial Sector Deepening Kenya (FSD) in 2019 showed that micro-lenders contributed to the significant increase in financial inclusion (access to financial services and products) in Kenya from just 27% in 2006 to 83%.

At the same time, however, digital lenders have been accused of predatory practices, exorbitant interest rates, and aggressive collection methods. Some lenders have been so belligerent that there are accounts of defaulters committing suicide after being cyber-shamed.

So how did we get here?

‍When the United Nations Economic and Social Council declared 2005 the International Year of Microfinance, it elevated microcredit from the fringes of finance. The UN envisaged microcredit as a way to pull millions of people worldwide out of poverty.

The rationale? Readily available cash flow for the unbanked could be injected into businesses, used in emergencies, or even rerouted to the household to offer some cushion during the toughest of times.

In 2007 the launch of M-Pesa saw more than a million users sign up for the service in just the first year of its launch. Five years later, in 2012, M-Pesa would start issuing what is considered the first of mobile loans in Kenya.

Other lenders followed soon after including major commercial banks offering instant digital loans. There was no stopping digital lending from there as by 2019, a survey found that over 6 million Kenyans had taken at least one digital loan. The first objective seemed to be a success: more people who had historically been locked out of financial institutions now had access to funds with minimal entry barriers.

To bolster the early optimism were the statistics that showed that most of the initial borrowing happened between the hours of 3.00 a.m. and 5.00 a.m. This was money largely taken by market sellers to pay their local supply chain and start off the day. It was promptly repaid at the close of the day once all the sales were in. We were off to a good start and microcredit seemed as though it would do what it had been envisaged to do: create enough slack in low-income budgets to nudge them out of poverty.

It's hard to pinpoint at exactly what juncture this changed because, change it did. As opposed to borrowing to service business expenses or cater to emergencies, people were increasingly borrowing to cover household costs such as food and rent. Expenses that did not ‘grow’ the money but fueled the need to borrow even more to fill the gap created. Yet even as this happened, the digital lending space ballooned,  filling up the Kenyan imagination such that it seemed nothing else could exist in its place.

‍Microcredit and the Digital Era

‍The only upside to the proliferation of these apps in the digital space is that their practice of public shaming as duress seems to have lost momentum. With everyone seemingly borrowing from one app or the other, the threat of having messages sent to your contact list has lost its edge.

Most are now simply brushing it off or even going as far as to lie that their phones were stolen and the messages are initiated by fraudsters looking to make a few quick coins. And with that, they delete the offending app and make no attempts to repay the money.

This unforeseen flippancy on the part of Kenyans grown desensitized to this predatory lending tactics pushed digital lenders to resort to a new debt-collection scheme: listing defaulters in Credit Reference Bureaus (CRBs) effectively locking them out of the credit market.

Given that these platforms are largely unregulated, people would be listed for as little as a Ksh200 debt - however, in October 2020, some 337 mobile lenders and microcredit providers were barred from listing defaulters with CRBs.

My friend, Diana,  is no stranger to these digital lenders. Over the past two years, she has accumulated an almost specialist knowledge in the field of microcredit. She can rattle off for you the names of the various apps and their merits and demerits. She is also no stranger to the USSD cash lenders.

For this, you don't even need an internet connection, a sim card and a number will lead you to a simple pop-up screen that will allow you to register and get a loan on the spot. Via USSD, one can borrow as little as Ksh50.

What Diana cannot rattle off with such confidence is how much it costs her to borrow this money, or really; what the cost of ‘convenience’ is. Reports have shown that annual lending interest can run into as much as 352% for most of these microcredit platforms. However, most lenders have creatively rebranded this as a 'facilitation fee' as opposed to an interest rate.

‍However, even with this stark view of the underbelly of microfinance in the country, it would seem there is positive change coming.

On February 25, 2021, MPs approved the Central Bank of Kenya (Amendment) Bill of 2020 that seeks to regulate mobile loan rates and the treatment of defaulters. If passed, the proposed law would bring hundreds of errant digital lenders under the watch of the CBK.

My boda guy, let’s call him Peter, has two sim cards: one for taking loans and another for conducting his business. Before sending him money, you have to first confirm which line is debt-free. Peter has found a delicate balance (as of now) of being in perpetual debt without drowning in it. It is, however, a precarious balance and the slightest misstep can bring one to their knees.

Are we then to condemn mobile lending in totality? That might be a bit rash. Looking back to the intentions of microcredit and its benefits to millions of low-income people who would otherwise have been unbanked, then with needed legislation it can be a force for good.

We do need, however, to interrogate why we borrow money. Is borrowing to cover recurrent expenses a good idea?

In their 2013 book, Scarcity: Why Having Too Little Means So Much, behavioral economist Sendhil Mullainathan and psychologist Eldar Shafir introduced the notion of slack. This is the theory that what low-income households need is not more resources than needs, per se, but enough cushion to withstand shocks. If we buy into this then the most prudent use of microcredit is to create slack: to invest in MSMEs or to respond to emergencies.

What do you borrow for?

EDITOR'S NOTE: This article was authored by a member of the Money254 team with insights from their personal experience. 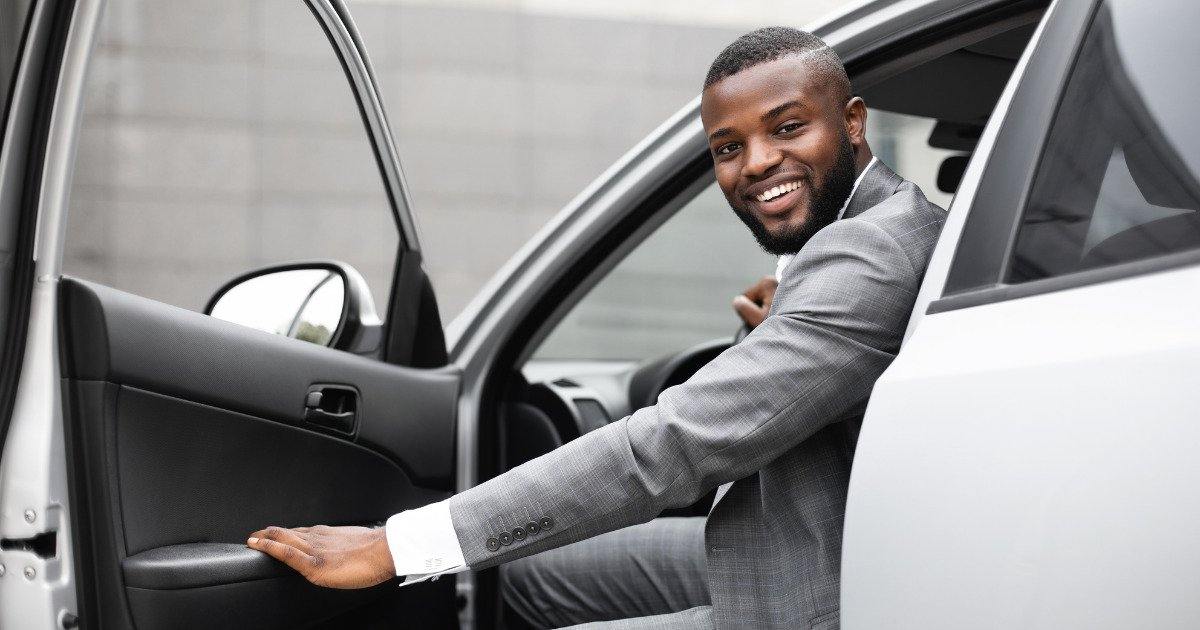 7 Reasons Why Getting a Car Might be a Good Idea 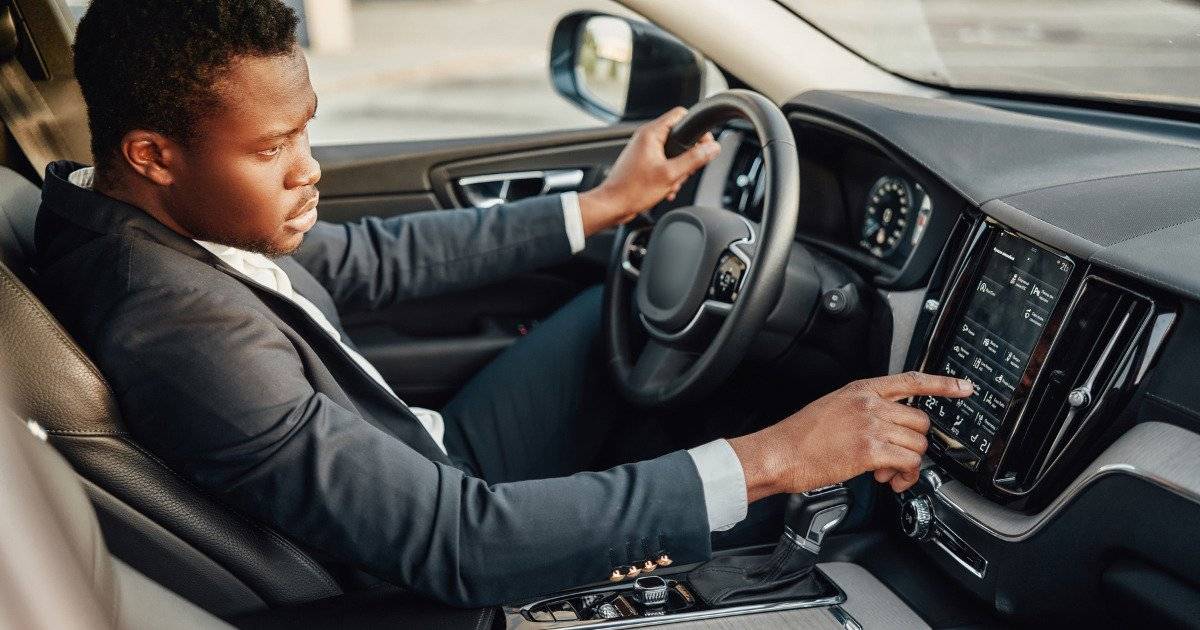 Is Taking a Loan to Buy a Car Worth it? The Pros and Cons of Auto Loans 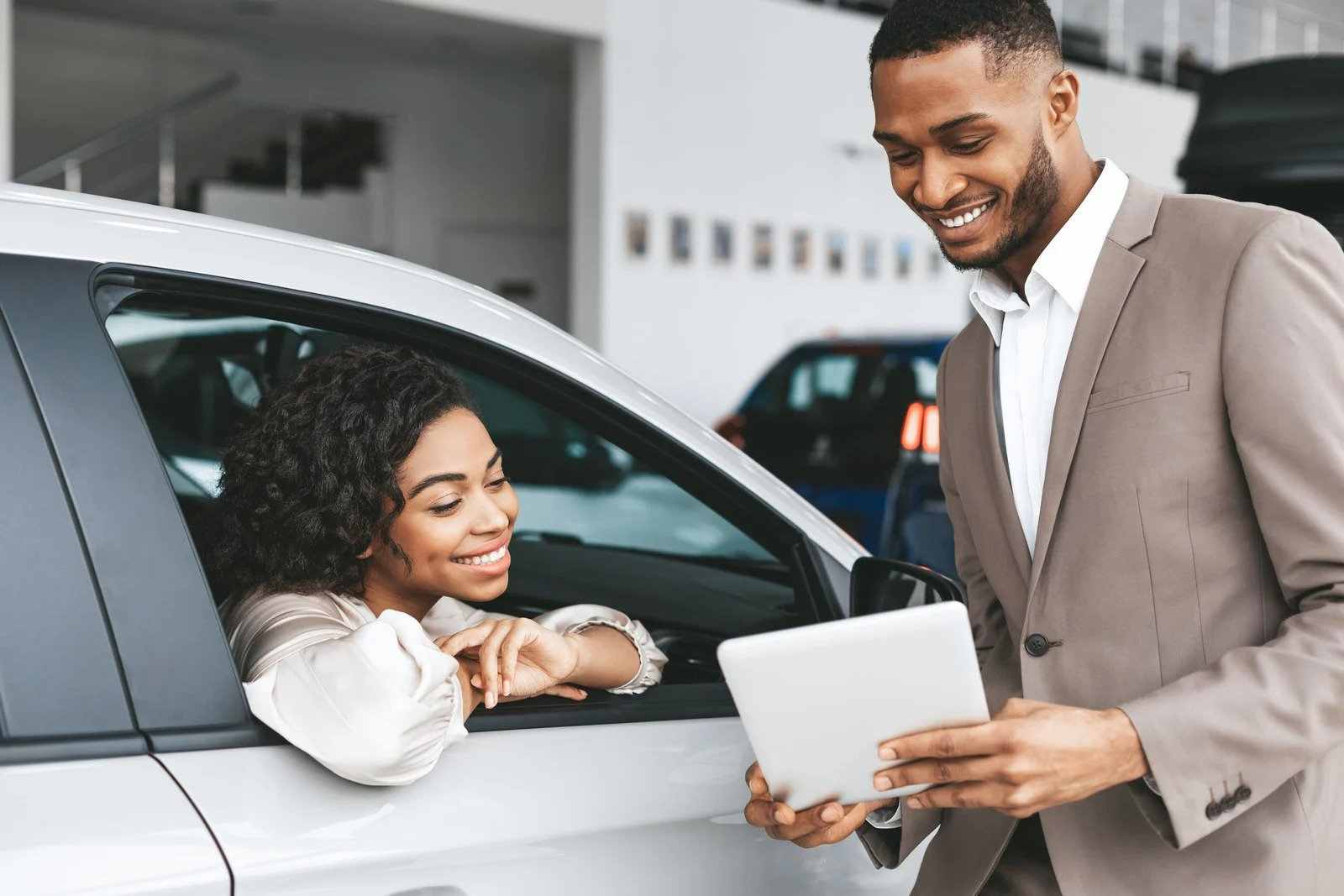 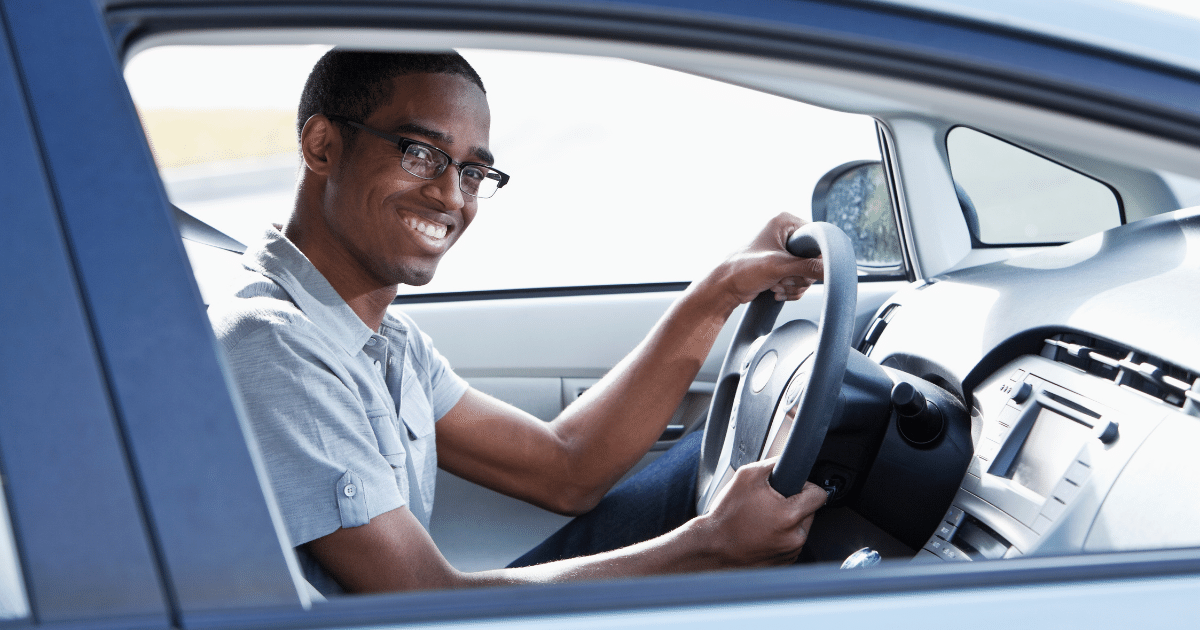 Things to Look Out for When Comparing Logbook Loans