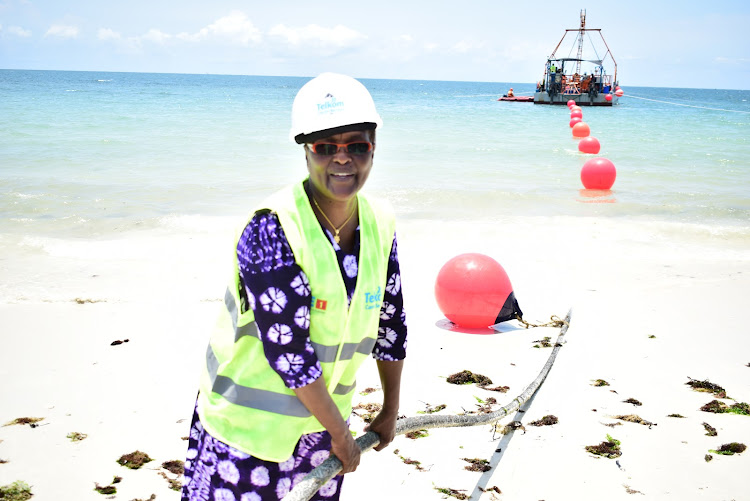 Today is the last day of the month, which means if you are formally employed, your salary has either hit your account or is just about to. As you prepare to go out and spend that money, let’s look at some of the top happenings from the past week that could affect how you spend that money.

Kenya is already known for its high internet speeds, which are the second-highest in Sub-Saharan Africa. Only South Africa enjoys faster internet speeds. However, Kenyans are set to enjoy even faster connectivity after ICT CS Joe Mucheru launched a new submarine fibre cable on Tuesday.

Dubbed PEACE (Pakistan and East Africa Connecting Europe), the new cable has a higher capacity than all five other cables combined. PEACE will offer speeds of 200 gigabits per single wavelength or about 192 Terabits per second.

The launch of the PEACE cable comes at a time when the internet economy is snowballing in the country, with increased demand for heavy content streaming, cloud storage, digital fintech innovations, e-commerce, telehealth systems, and e-learning apps.

Aside from increasing internet speeds, the new cable is also expected to bring down the cost of internet in the country.

While Kenyans already enjoy fast internet speeds, the costs are still very high. The latest World Internet Stats Survey puts the average monthly cost of internet at Ksh2,800 for 10mbps, which is significantly higher than the global average of Ksh2,100.

Hailing the launch of the new cable, ICT expert and former ICT PS Bitange Ndemo said that the PEACE cable will unlock the next level of technological empowerment in the country.

The Central Bank of Kenya (CBK) has kept the base lending rate unchanged despite heightened geopolitical tensions, election-related uncertainties, and volatile commodity prices, sparing Kenyans from increased cost of credit.

Speaking to the press on Tuesday, CBK governor Patrick Njoroge announced that CBK would retain the base lending rate at 7%. This is the thirteenth time in a row that the lending rate has remained unchanged.

The CBK governor noted that CBK expects inflation to remain within the expected range owing to a recovering economy, policy interventions by the government, and muted demand pressures. However, he also noted that CBK was aware of the heightened global risk and its potential impact on the economy.

Kenya Shilling Hits New Low of 115 Against US Dollar

The Kenya shilling has slid to a new low of 115 units against the US dollar, which has been on a bullish run globally.

This weakening of the shilling against the dollar results from the increased demand for the dollar by oil importers. The global oil price has been on a steady increase since the Russia-Ukraine war broke out, forcing Kenyan oil importers to spend more dollars to import oil into the country.

Aside from increased oil prices, the cost of bringing in other imports like industrial supplies has also gone up, leading to increased demand for the dollar. Experts expect the shilling to continue losing ground against the green buck due to poll jitters with elections around the corner.

The weakening of the shilling against the dollar means importers have to spend more to bring goods into the country. This increased cost is often passed on to consumers, leading to a higher cost of living.

Safaricom and Gulf African Bank have come up with a new mobile loan that is compliant with Shariah law. The loan, which applies for amounts of up to Ksh20,000, will charge a 5% margin and offer a 30-day repayment period. The money will be disbursed directly through Mpesa.

Dubbed Halal Pesa, this new service is compliant with the laws followed by Islamic banks. Sharia law does not allow banks to charge interest on loans. Instead, they are only allowed to levy a profit margin.

Borrowing money from Halal Pesa will be cheaper than other popular mobile loan platforms, including M-Shwari, which is a partnership between Safaricom and NCBA Bank.

The new service will allow Safaricom to offer its credit services to the millions of Muslim customers who have shunned Safaricom’s other credit facilities because they charge interest, which is against Sharia law.