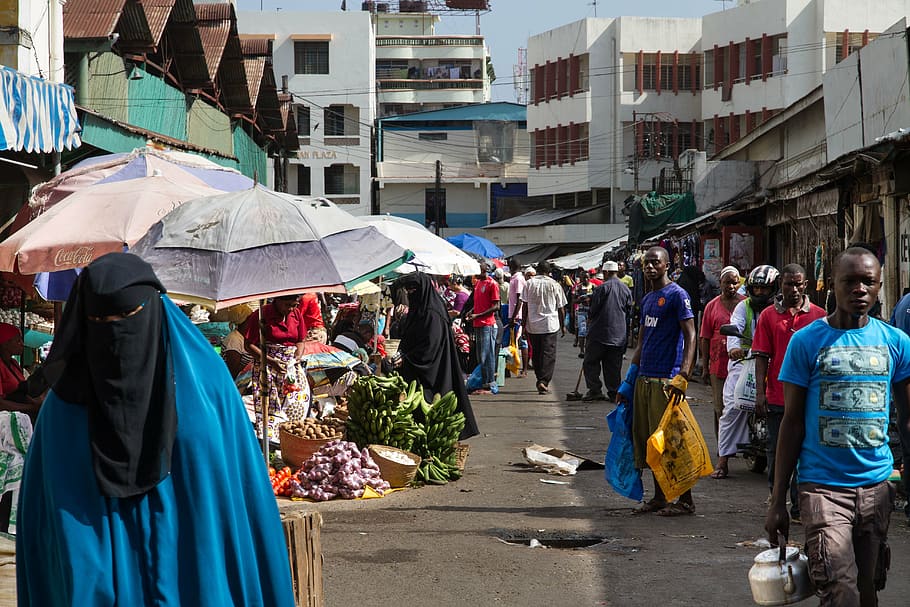 It’s been a great week, with Kenyans winning a total of 5 medals so far at the Olympic Games Tokyo 2020. Back home, the week has been characterised by some exciting news - such as the entry of investment firm Investera - and some that are not so exciting.

From the inflation rate reaching an all-time high in 16 months to falling defaults on loans, improving performance in the tourism industry, and further weakening of the Kenyan shilling, here are some of the top money news from the last 7 days selected for you.

July Inflation At An All-Time High Since Feb 2020

The inflation rate hit a high of 6.44% in the month of July, up from 6.32% in June, pushing up the cost of living for Kenyans who are already struggling due to the impact of the Covid-19 pandemic. This is the highest inflation rate the country has experienced since February 2020, just before the country reported its first case of Covid-19.

The high inflation rate has been attributed to the recently effected tax measures. The taxes have led to a 1.81% increase in the ICT index, caused by the increase of excise duty for mobile telephone and data service to 20%, up from 15%.

In what comes as a small reprieve to Kenyans, food prices saw a 0.5% decrease in the month of July, with the prices of sugar, white bread and tomato falling by 1.3%, 2.8%, and 4.1% respectively. Despite the fall in the cost of these items, the food index only experienced a minor decline due to the rising cost of cabbages, Sukuma wiki and cooking oil.

In another report following a survey by the Central Bank of Kenya (CBK), CEOs from across 11 sectors of the economy say that business will be negatively affected by the rising inflation as consumers shy away from making purchases due to the high cost of goods.

Despite the rising inflation, CBK data shows that cash transactions on mobile phones rose to Ksh3.26 trillion in June, a 52% increase from the Ksh2.14 trillion transacted in June 2020. CBK sees this as a sign that the economy is recovering following the easing of Covid-19 restrictions.

Following the lifting of the ban on the listing of loan defaulters with credit reference bureaus (CRBs) late last year, banks and financial institutions have seen a Ksh2 billion decrease in defaults on personal loans.

The ban was enforced in 2020 as millions of Kenyans experienced wage cuts and job losses following the implementation of Covid 19 restrictions. By September last year, defaults on personal loans had reached a peak of Ksh73.5 billion.

In the six months following the return of CRB listing for defaulters, however, the value of non-performing loans has dropped by Ksh2 billion to 71.5 billion

In the five months to May, banks posted pre-tax earnings of Ksh76.4 billion, a significant increase from the Ksh53.9 billion posted in the first five months of 2020.

Meanwhile, Equity Bank has been named by the 2021 African Banker Awards as the Best Regional Bank in East Africa. The bank was feted for its consistent financial performance, as well as its role in pushing the envelope in Fintech innovations in the region.

Even with increased profitability and decrease in defaults, however, Investment Banking Firm EFG Hermes has warned the CBK against adopting a risk-based lending model, saying that this will create room for banks to exploit borrowers.

Earlier this week, Investera, a business intelligence and investment firm based in the UAE started operations in the country, where it seeks to help foreign investors get into the local market, while linking local firms to foreign investors.

Aside from the portal, the firm will also provide financial intelligence services, investment advisory and market research services to both entrepreneurs and investors.

The entry of the UAE firm into the Kenyan market is expected to give local entrepreneurs better access to capital, as well as foreign markets.

This fall in the value of the shilling against the dollar has been attributed to increased activity by importers, who are afraid that fresh lockdowns will make it harder to bring goods into the country. The speculations of fresh lockdowns come following a surge in the cases of Covid-19 in the country.

This decrease in the value of the shilling will make imported goods more expensive and push the cost of living for households even further.

Positive Outlook In The Tourism Industry In Nairobi And Mombasa

A new hotels survey by the CBK shows that hotels in Nairobi and Mombasa recorded improved performance over the month of July. This comes even as hotels in other counties experienced a decline in bed occupancy.

Players in the industry believe that the increase in performance can be directly attributed to the high season for tourists, and the July school holidays.

In line with the increase in bed occupancy, there was an increase in employment in the hotel and tourism industry in the two counties as hotels hired more staff to keep up with increased occupancy.

Following a streak of losses, Kenya Power CEO Bernard Ngugi tendered his resignation on Wednesday, barely two years after he was appointed as the Chief Executive.

Moments after Ngugi’s resignation, the Kenya Power board of directors appointed Eng. Rosemary Oduor to the position of acting chief executive and managing director. Rosemary becomes the fourth CEO to take charge of the electricity distributor since January 2017.

Meanwhile, the Lavington home of Mr. Atul Shah, the former CEO of Nakumatt, is set to be auctioned later this month. This comes after the fallen retail giant defaulted on a Ksh2 billion loan from KCB, which Mr. Shah had personally guaranteed.

The National Hospital Insurance Fund (NHIF) has been taken to court by over 800 private hospitals following its plans to introduce biometric registration and an e-claim system, which the insurer hopes will curb medical claims fraud.

However, the private hospitals feel that the move, which they say will affect access to medical services and increase costs for healthcare providers, is unlawful since it was made without any consultation or public participation.

Under the new system, patients will use their biometric information to identify themselves, rather than their national identity card and the NHIF card.

The lawsuit comes even as NHIF is seeking to enhance cover for non-communicable ailments, such as diabetes, cancer, and heart disease. However, this comes with a proposal to increase contributions, which is currently before Parliament.

A research by computer security firm Kaspersky indicates that there has been an increase in cyberattacks as criminals take advantage of the vulnerabilities brought about by organisations allowing their staff to work from home due to Covid-19 restrictions.