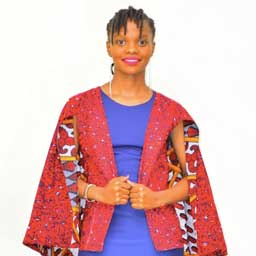 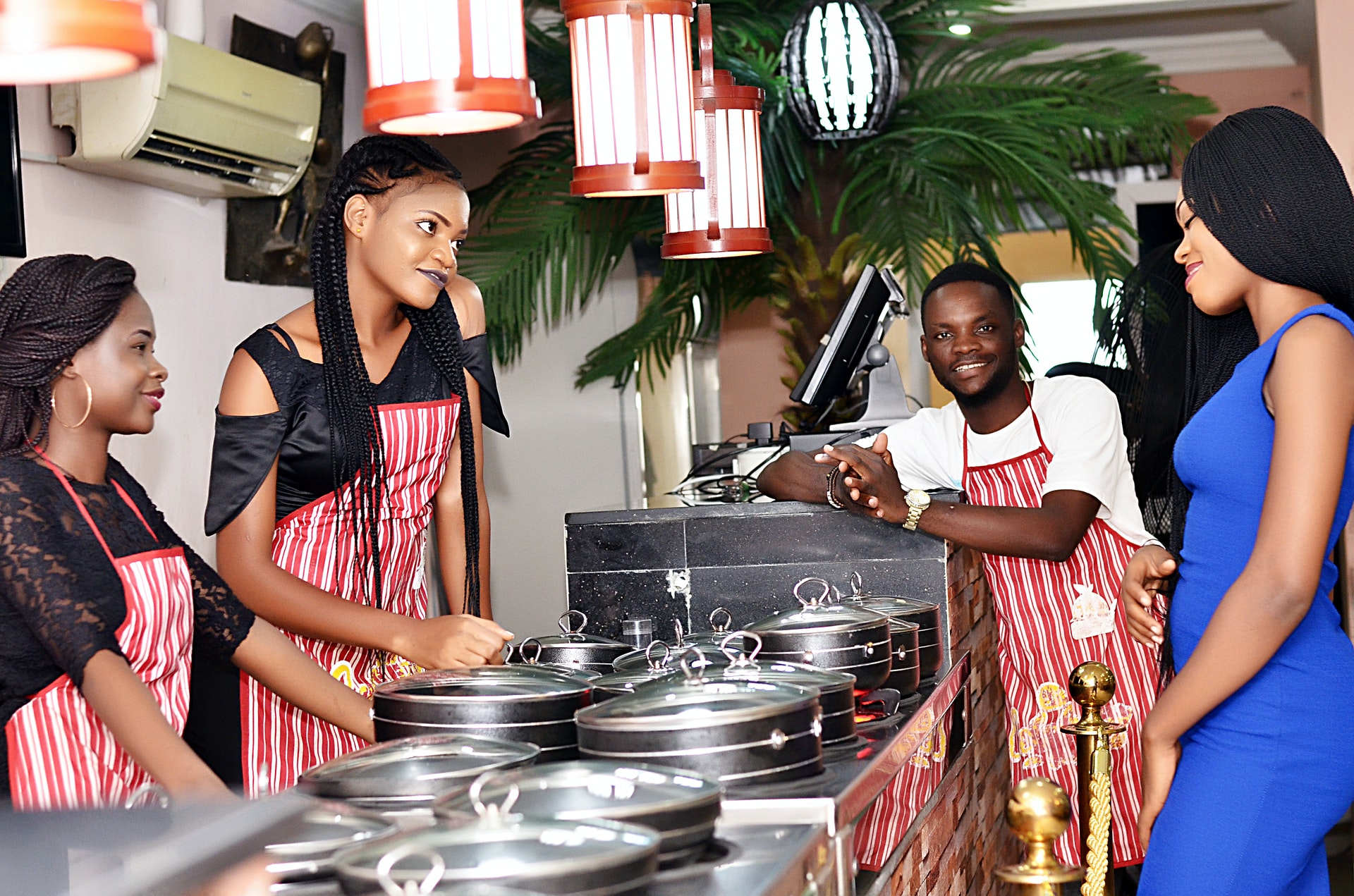 It is a little over a year now since the Covid-19 pandemic hit Kenya, supplanting what used to be our everyday life, disrupting livelihoods as many households lost significant chunks of their income.

By September 2020, data from the Kenya National Bureau of Statistics (KNBS) showed that at least 1.7 million jobs had been lost since March. That number aside, in the tourism sector alone, an estimated 2.5 million Kenyans were said to have lost their jobs.

Those who were luckier not to have been fired had to contend with never-seen-before salary reductions of up to 70% in some sectors. Many others dependent on their salaried counterparts lost their income as households drastically cut their spending on auxiliary services.

While it has been all doom and gloom for many across the country, for some Kenyans, the pandemic may have come as a blessing in disguise. For others, it has been a sobering time to reflect and try out some entrepreneurship.

From car boot sales to food delivery and online freelancing, here are a few Kenyans who have gone against the grain and created inspiring businesses they probably would never have thought about before the pandemic struck.

Before the pandemic, Joshua Musyoka worked as a teacher at a school in Kitengela. Shortly after the first case was registered, all learning was suspended indefinitely. Musyoka alongside his colleagues were soon out of work.

To make ends meet, he turned into a greengrocer - but not your typical one - the boot of his brother's car is literally the grocery.

"We started the business together because he was also out of employment as soon as the pandemic broke out but his employer recalled him," he said this about his brother.

He is not alone in this as tens of hitherto salaried employees have embraced this car boot sale model to earn an extra dime with some getting so good at it that they have launched flourishing fresh fruit and vegetable supply businesses.

Prior to the March Lockdown when restrictions had been eased, some car boot sellers such as tour operators and cab drivers had resumed their jobs - it is likely that some of ad-hoc car boot markets may spring up again.

Joseph, also known as Jay, is a baker. A pastry chef.

He is not new to business. He had tried his hand in various ventures before embarking on “Mkate za Jay”.

Mkate za Jay, as the name suggests, is a business whose main product is bread. Him trying out bread making during the pandemic turned out to be a great opportunity.

“The coming of Covid was like a blessing to me. I was trying to find myself in the market and see what I can bring as a business person who is baking.”

“Right around March last year there used to be a curfew at around 7pm. And people were not able to go visit supermarkets to get bread because of time. So people living around me would call me and ask for bread,” he recalls.

Jay says his profit margins are pretty good even as he tries to offer fair prices.

He continues to give an example of butterbread. Per packet of flour he gets about  Ksh200 in profit after factoring in associated expenses.

“A packet of flour would give at least four loaves of bread each weighing at 800g. Each loaf sells for Ksh120.”

Jay used the savings that he had and his family’s support to put up his business. The main challenge he has is the access to affordable credit to boost his venture.

“I have really tried to get loans. It has been hard to get for a small beginner because of the requirement to have a guarantor,” he says.

Carol Njenga’s story is probably one of the most daring of many. As the country was coming into terms with the partial lockdown, 7pm curfew and a litany of Covid-19 containment restrictions, Carol was setting up shop unabated.

She would launch Nimz Auto Spares three months into the pandemic in June 2020 with a friend. For someone who had straight out of college been employed in the media industry, the choice of business was what most people would have considered a little ‘off track’.

But not for Carol, who had just lost her job at Mediamax Network Limited that laid off over 100 employees after an initial standoff over a 50% Covid-related pay cut. Nimz Auto Spares imports motor vehicle spare parts for sale in Kenya.

She was lucky to have imported spare parts from Dubai just before the lockdown to jumpstart her business but had challenges stocking up as travel restrictions and lengthy clearance periods delayed supplies.

“Basically, there is no ideal time to start a business especially if you are passionate about it. For long, I have been hesitant to start the business. Issues always came up that made me lose focus. It is never too late to start,” she said in an interview with The Standard on starting business during a pandemic.

“We planned on launching sometime in early 2020, but with schools closed and children and parents at home we knew we had to speed things up and launch by 31st March. We had to accelerate in the face of the Covid-19 pandemic, so that families across the country could have access to free, inspiring, and educative content,” Jesse Soleil, president and co-founder of Akili Network, says.

With international borders soon closing, yet to install a server and yet to get a channel designation from the Pan Africa Network Group (PANG), everything had to be completed in record time.

Barely one week before the first Covid-19 case was reported in Kenya, Akili Kids was launched.

The expedited launch would pay off as all learning was suspended indefinitely giving Akili Network a ready audience at home with not much in competition for children-focused content.

Just five months in, a GeoPoll survey showed the channel had already attracted a record viewership of about 5.2 million children and 4.3 million parents per week.

With restaurants and bars closed, and supermarkets closing early due to curfew hours, home deliveries have become commonplace - even for households that would normally have seen such a service as luxury.

This has increased opportunities for taxi and bodaboda operators to supplement their income as curfew hours have reduced what would otherwise have been a 24-hour taxi operation.

*Kenny, a bodaboda operator who spoke with Money254 says combining the food delivery service with his regular app-based bodaboda work has seen his income rise above Covid-19 levels.

“On a good day I can even make up to Ksh3,500 or more. I consider a day that I have made Ksh2,000 a slow day. With what I am making, I would not even consider owning a taxi. This is much better,” he says.

Such service players have been boosted by a litany of delivery apps including Glovo, Uber Eats, Dial a Delivery and Bei Poa among others.

Even better, even your regular Kibanda vendor is hopping onto this trend with tactics ranging from WhatsApp groups, Twitter and Facebook as well as signing up for the mainstream apps.

If you thought you didn’t need a dedicated internet connection to your home pre-Covid, then the pandemic definitely introduced you to some data-hungry video calling applications such as Zoom, Google Meet, Microsoft Teams etc that made a monthly internet subscription a necessity.

What's more? With the kids at home and the need to keep them learning either on their own or through their institution’s e-Learning programme, then you had to get on board.

You obviously would say that the major internet service providers (ISPs) are the only ones making a fortune from this upsurge in internet subscriptions. That is until you realise that there are thousands of locations even in the cities and other urban areas where the major ISPs are yet to cover.

And that is where third-party ISPs come in. One such entrepreneur is *Samuel, who has been in this business for about three years now.

“We buy bandwidth from the major ISPs like Liquid Telecom or Safaricom and put up our own infrastructure through buildings with approvals from landlords. We then charge each user a monthly fee,” he explains.

When the pandemic struck, entrepreneurs such as Samuel were ushered into a very lucrative ‘high season’ of new installations and upgrades than they had experienced before.

He says the number of subscribers dependent on his internet service grew so rapidly that he had to hire two additional assistants to help with installations and responding to customer queries.

While everyone has been hard hit by the pandemic, it should be somewhat encouraging that some Kenyans have been able to make some good money by either rethinking their existing businesses, starting a new venture from scratch or taking advantage of technology to innovate a product or service.

With the relative adjustment to Covid-era business environment and the realities of the future of work and business post-Covid, there are learnings to put to use from what is working for entrepreneurs today.