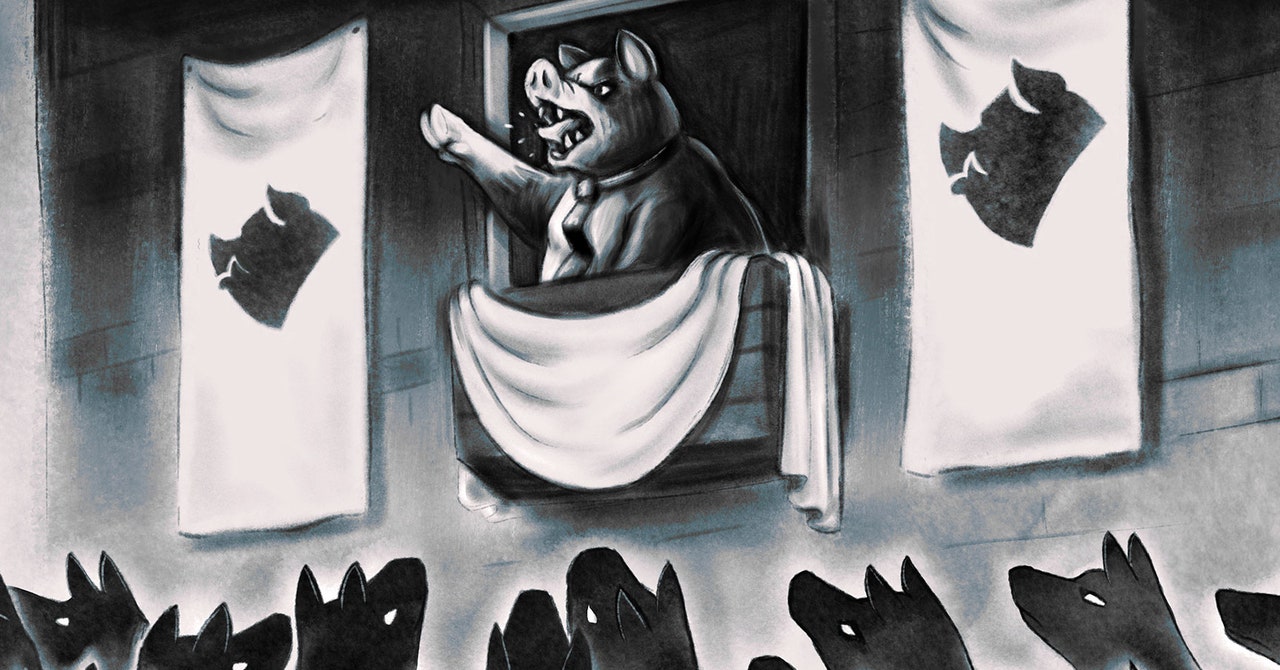 The average millennial in Kenya may have spent hours in class on literature discourse on George Orwell’s iconic book - Animal Farm. The book commands global acclaim, was written and published in 1945. It’s an allegory. It’s set on a farm with a cast of farm animals, but it’s largely a reflection of events of the Russian Revolution of 1917.

Animal Farm narrates of a group of animals who assume control of the farm they live on.

The animals are fed up. Their master is called Farmer Jones.  They gang up, brand him a tyrant, and kick him out. Once free of the tyrant Jones, life on the farm is good, fun and cheery. Ok, for a while. There is hope for a happier future - less work, better education and more food for the kingdom.

However, trouble soon starts. The pigs, Napoleon and Snowball, start tussling for the hearts and minds of the other resident animals. Napoleon seizes power by force, becomes supreme leader. He soon walks the path of Farmer Jones - exploiting the animals in a similar way - if not worse.

As the novel progresses, the pigs end up behaving, dressing like the humans they kicked out. They even develop a taste of finer things in life - wine and exotic dining.

Setting aside the political undertones in the narrative, George Orwell serves a rich repertoire of financial lessons. Joint business ventures have a lot of challenges - from administration, management, delegation of duties - and, most importantly, how do we share the spoils of war?

Who gets a larger share of profits from a joint business venture at the end of the day?

Outlined here are five financial lessons I learnt from Animal Farm that are very applicable in running a joint business venture.

The book echoes the idea that all power can contain an element of corruptibility. Perhaps the leaders, the pigs Napoleon and Snowball, started out well-meaning, however once they realized that all of the animals listened to them without thinking, they started to abuse their power.

Boxer, the cart horse begins saying, “Napoleon is always right.” Corruption, however, is not automatic but instead it's gradual. Both pigs began to take advantage of their position early on, but it took quite a bit of time before Napoleon began to wear human clothes and walk on two feet.

It’s up to partners to create controls, checks and balances so that such power cannot get out of control and adversely impact the potential success of the business for all stakeholders.

It’s a shame how Boxer, the most productive animal on the farm with the physical strength and moral authority to hold the pigs accountable, becomes a cautionary tale about the potential end result of total devotion and a lack of questioning.

When no longer deemed useful by the pigs he was sold, slaughtered and his body used for dog meat and glue. In return the pigs used the proceeds to buy themselves a crate of whiskey. The other animals had the opportunity to challenge the pigs.

However when the pigs explained that it was actually the vet taking Boxer away to hospital and not to the slaughter house the animals had fallen into the trap of hearing only what they wanted to hear. The farm and the other animals struggled as they were unable to pick up the slack and other farm assets had to be sold for food.

“Only get rid of Man,” proclaims Old Major, and the animals could be “rich and free.”

There are many audacious uses of scapegoats by the pigs throughout the book to keep in charge of the animals. If the animals in the book learned that humans weren’t so different or evil, there would be no reason to fight.

Similarly as business partners we have a broader and more transparent view of our organizations than individual departments. We must not be afraid to challenge the status quo, bridge any silo mentalities or objectively challenge teams blaming others for their under-performance without the certified evidence or appropriate action plans to back up such statements.

When the pigs begin rewriting the Seven Commandments some animals realised something was wrong. They choose to do nothing about it.

As much as some leaders may want to move the goalposts or re-state the results in their favor, we must stay objective.

Help them work within the constraints agreed by the business or gain a consensus. We cannot simply rewrite the books to make somebody happy.

5. The danger of unrealistic unending goals

Much of the book is devoted to the animals’ goal of building a windmill.

It inspires everything that they do, “They had had a hard year … but the windmill compensated for everything.” The animals did not have the appropriate capabilities or resources to complete it. For example, they couldn’t operate the necessary machinery required as they didn’t have hands.

Its construction took years and faced many setbacks. Such was their focus on the windmill that the associated drops in productivity, poor state of the farm and welfare of the animals were ignored.

As partners, we must constructively support the attainment of goals, even ambitious projects like windmills, but not at the risk of bringing the overall business to near ruin.

We need to give a balanced assessment of the pros and cons to ensure the business’ long term survival.

Successfully running a joint business venture is not easy. You’ll run into financial headwinds, mostly wrought about by management shortcomings.

If you choose to make a joint venture, take into account that your partners may have different objectives. There can be an imbalance in levels of expertise, investment or assets brought into the venture by the different partners.