Money & Me: Buying My First Car 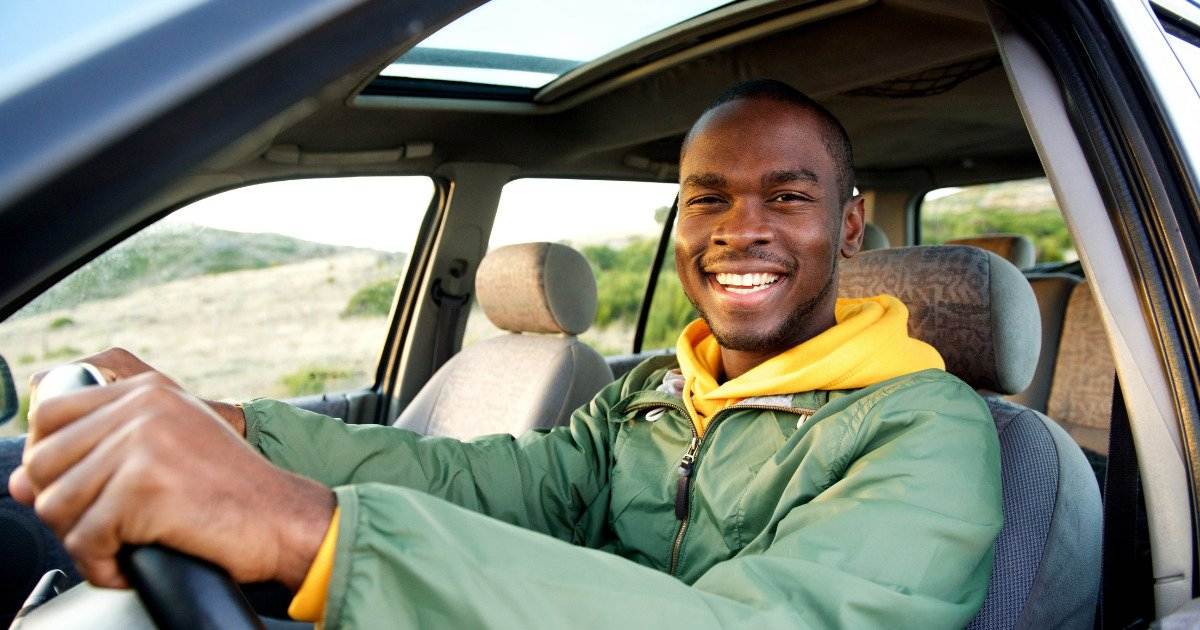 There’s a picture that always shows up on my timeline every once in a while and stirs up some very old emotions.

It’s a picture of a guy standing on a grass section next to a parking lot just staring at this silver saloon car (that looks like a Toyota Mark X). This is all happening in the middle of the night from what I can see.

There’s something about the way he looks at the car that tells me that ‘she’ is his first.

You never forget your first.

Whether you save up for half a decade, got your car loan approved, or even got a surprise gift from your guardians...you simply never forget your first car, especially that first night you parked it outside your home.

Now, some will probably say they couldn’t care less, and that they don’t even remember buying their first car. I don’t believe them.

The night before making this big buy is one of the longest you’ll ever experience. I could barely get 5 minutes of sleep.

For some reason my phone just wanted me to keep scrolling. I already knew what car the budget I was working with could get, but that is not enough to kill a dream.

Sidenote: Don’t succumb to the temptation to go over your budget. If possible, just go offline and sleep early on the night before your big-money move.

So...there I was, smack in the middle of the night trying to figure out how a Nissan Note budget could buy an Audi A6...or a Mercedes Benz E250 with a panoramic rooftop.

I  hit the snooze button and tried to see if I could get at least 2 hours of uninterrupted sleep in.

Just as I was drifting off to a land filled with exotic cars I heard it. Or rather, I heard them.

The unmistakable sound of at least 5 matatus fighting it out for passengers. The hooting had always fascinated me, I found it even rhythmic at times if it was coupled with the right music.

However, for some reason that I couldn’t quite explain, I found them to be a nuisance on that particular morning. I’m not saying it was because I was about to leave the world of matatus in a few hours.

I couldn’t help but chuckle as I got ready for my day. I said my usual prayer, which was always characterized by a shout-out to my sister and her beautiful family, a shout to my folks, then my friends, then Arsenal (if they were playing on that particular day), then I’d talk to the guy upstairs about any miscellaneous items that needed his attention on that particular day.

Being as this was a big day, this meant asking Him to steer me clear of temptation and con artists. Amen.

A quick workout and shower. I was ready for the day.

I had already done my due diligence. This involved visiting almost all the car yards I could find. From Ngong road to Hurlingham to Kiambu road, you name it, and I had most likely been there.

The car salesmen and women I found in the yards must have been tired of seeing my face, but they never showed it. That’s the gift of salespeople, the really good ones always have this smile that makes you feel like you are God’s gift to mankind.

Anyway, the visits to car yards meant I got to test drive a lot of cars, which was good fun. I even got behind the wheel of my dream car, the VW Toureg. I found one at a car yard in and around Yaya Centre. She was a beauty.

However, landing her could mean losing both of my kidneys.

I eventually found what I was looking for after a month or so of searching, only to end up getting a referral from a friend.

She linked me up with a guy who looked to be in his late 50s or early 60s from what I could gather. He had a yard in Nairobi and one in Mombasa as well. I later learned that he had been in the car selling business throughout all his adult life.

The person who referred me to him was someone I trust with my life, so I automatically transferred some of that trust to this mzee and he did not disappoint.

I finally found ‘my baby’ and she took my breath away from the moment I laid eyes on her - Suzuki Swift!

That was where I was heading on that beautiful morning, to pick ‘her’ up and bring her home.

Now, this is the crucial bit. Tiresome, but crucial.

There’s a lot of paperwork that needs to be done during the car buying process. Get some water or juice as we speed through this ‘boring’ but necessary part of the process.

To get a clear picture of the history of the car, there were documents I had to ask for namely:

An auction sheet– As most dealers who import used abroad cars buy them from an auction market, t the car usually comes with an auction sheet. The sheet provides very important information about the car, this includes previous repair, mileage of the car, and if the car has been involved in accidents.

Inspection certificate –  All cars imported into the country are inspected, in most cases, the car is inspected before being shipped to Mombasa port.

An inspection certificate is then issued after the car passes inspection. I asked the dealer for this certificate which provided me with more information about the car.

At this point, you should also know that I had my trusted mech with me who helped me with all the geeky car stuff that would protect me from having to burn through my savings on repairs.

Back to the ‘boring’ paperwork.

Next was the sale agreement. Now, this basically contains the seller and buyer details and the terms of the agreement. It also states the mode of payment, for example, full payment or installment.

It also stated that the vehicle ownership would be transferred to me immediately after I made the full payment.

As you always see in the movies, always read through anything that requires your signature. I did.

It was then time to make the payment. I felt like a James Bond villain when I walked into the bank with the car dealer on my left-hand side, and Johnte (my mech) on my right.

The beauty of modern banking worked a treat as we were done in record time. A quick transfer and we were out of there.

As a rule of thumb, paying in cash may be tempting, and walking around with a bag filled with cash may give you an adrenaline rush, but banks provide a paper trail which could prove vital if things go bad down the line.

There are various financing options, including a lipa mdogo mdogo (hire purchase), but if you do some quick math, that option is always more expensive. I’m talking 100k plus expensive.

Read Also: The Process of Car Financing in Kenya

The Girl is Mine

My new favorite Mzee quickly processed the transfer of ownership, which I then approved on my NTSA Tims account and it was a done deal.

He even threw in an insurance cover that would see me through for the next 6 months. Talk about stars aligning. As it turned out, the car had already been used locally and the cover was still valid for 6 months and the owner had no issues leaving that with me.

Remember, the miscellaneous section of my prayers that I mentioned earlier, that where they come in.

She was finally mine.

The first song I played in the car was Mama I made it by Cassper Nyovest.

On that first night back home, I crept down the stairs of the flats I live in and headed to the parking lot. It was half-past midnight. There she was.

And there I was, just staring at her like the man in the viral photo that kickstarted this whole story.