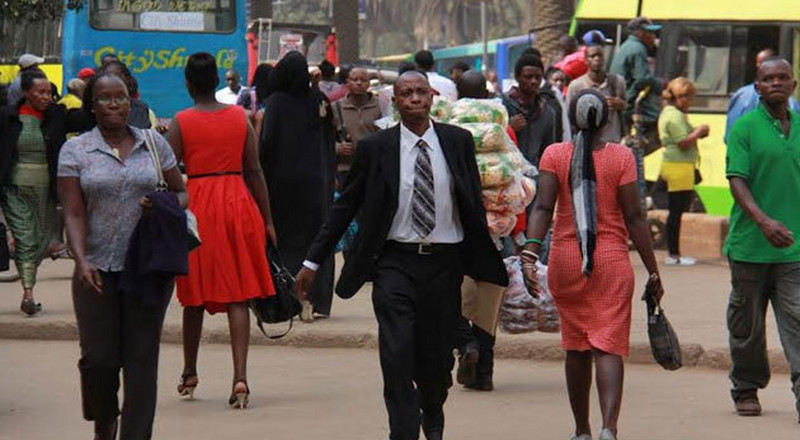 Kenyans walking on a street in Nairobi. PHOTO | CAPITALFM

Despite news that the country has secured more funds for its Covid-19 vaccination programme, fairly tough times lie ahead for everyday Kenyans.

This is because the funds, secured from the World Bank and the International Monetary Fund (IMF), come with a raft of measures that are expected to make life more expensive for Kenyans, who are already struggling amid rising inflation. The measures have been imposed in a bid to help the country raise more revenue to cover the costs of its ballooning debt.

It is with this in mind that we take a look at some of the most significant money news over the last one week and their impact on your wallet, as well as your financial goals.‍

In April 2020, the Kenyan government barred digital lenders from forwarding details of defaulters to credit reference bureaus. According to the Central Bank of Kenya (CBK), the move came as a result of numerous complaints from the public that the digital lenders were misusing the credit information sharing (CIS) mechanism and the credit profiling system.

In a twist of events, the CBK has tabled to Parliament a bill seeking to revise last year’s law. If the Central Bank of Kenya (Amendment) Bill, 2021 is passed by Parliament, digital lenders will resume working with credit reference bureaus.

If Parliament approves this amendment, digital lenders who have been accused of among other things erroneously listing customers to CRBs will have been bolstered to lend to more Kenyans.

The ability to list defaulters in CRBs is an important aspect of digital lending as service providers do not take collateral.

After being denied access to CRBs, digital lenders last year responded by halving the amount of loans they disbursed from Ksh4 billion monthly to Ksh2 billion, the Digital Lenders Association of Kenya (DLAK) revealed in February.

A negative CRB listing makes it significantly harder to get a loan approved at many institutions - but there indeed are some institutions that can extend you a loan regardless of that listing depending on how they choose to determine creditworthiness.

The imminent resumption of CRB listing by digital lenders comes as the government seeks to regulate the digital lending industry, which has been operating unregulated since its inception in the country in about 2012 with the launch of M-Shwari.

CBK is confident that the abuse of the credit information sharing system will be a thing of the past once digital lenders come under it’s watchful eye when the law is passed.

It is expected that the regulation of the industry will curb the runaway interest rates that are the bane of many digital borrowers’ lives.

Kenyans To Pay More At The Tap

Kenyans will soon pay more in water bills following an expected increase in water conservation levies and abstraction charges for water companies. The increase is one of the requirements that come with a Ksh80 billion loan that the World Bank advanced to Kenya to support the country’s fight against Covid-19.

According to the World Bank, the increase in levies and abstraction charges will enhance the provision of water and sanitation services to citizens, provide economic incentives for the conservation and proper management of water resources, and generate enough revenue for the Water Resources Authority (WRA) to allow it to adequately fulfil its mandate.

The increase in levies will see Kenyans pay more for piped water to their homes, at a time when they are also dealing with an increase in other important commodities like cooking gas and household goods.

Reprieve At The Pump As Current Fuel Prices Retained

Over the last few days, Kenyans have been watching the news with bated breath following reports that there would be an upward review of fuel prices, which would push the price of petrol to Ksh130 – a record high for the country.

Fortunately, Kenyans can now breathe a sigh of relief after the regulatory body, EPRA, announced that fuel prices will remain unchanged.

In Nairobi, Petrol will continue retailing at Ksh127.14 per litre, Diesel Ksh107.66 per litre, and Ksh97.85 per litre of kerosene until August 14, when EPRA will review the prices next.

The fuel prices in the country were set to increase following a rise in the global prices of crude oil. Over the past one week, a barrel of crude oil has been selling at between $75-80. A few months ago, crude was selling at just $60 per barrel, and for most of 2020, the price was below $50.

The increase in fuel prices would have seen Kenyans pay more for transportation and cooking costs, and would also have led to the increase in prices of other consumer goods.

Despite the increasing cost of living, there are signs that the economy has started recovering from the slump caused by the Covid 19 pandemic, among them being increasing motor vehicle sales.

According to data from the Kenya Motor Industry Association (KMIA), there has been a 35% increase in the sale of new motor vehicles in the first half of 2021, with dealers like Toyota Kenya, Simba Corporation and Isuzu East Africa cumulatively selling 6,246 units, which is a significant increase from just 4,628 units in the same period in 2020.

The 4,628 figure in 2020, which was a huge drop from the 6,294 units sold in 2019, was attributed to the job losses and uncertainty that came when the Covid 19 pandemic hit the country in March last year. The 35% surge in the first half of 2021 is a strong indicator that the economy has started recovering, giving people the confidence to invest in high value items like motor vehicles.

In a country where buyers show preference for vehicles with the latest number plates, the used car importers say that this law will force those who import their cars earlier to sell them at discounts that could wipe off their entire margins on the units.

For the first time, Safaricom PLC has announced the revenues from their Lipa na M-Pesa mobile payment platform. In the release, Safaricom reported that the Lipa na M-pesa platform is now generating Ksh40 million in monthly revenue, or about Ksh1.33 million daily.

In the year ended March, the Lipa na M-Pesa platform generated a total revenue of Ksh480 milion, accounting for 0.5% of the Ksh82.6 billion revenue generated by Mpesa in the same period.

The horticulture industry brought in Ksh77 billion in the first half of 2021, a Ksh6 billion drop from the Ksh83.3 billion reported for the same period in 2020. This year’s fall in earnings is the steepest in an industry that has been in decline since 2016.

The Directorate of Horticulture blames the decline on a decrease in the quality of produce, something that has led to lower demand and lower prices from the international market.

With Europe still being the largest market for Kenya’s horticultural produce, the Agriculture and Food Authority has advised on the need for the Kenyan horticulture industry to start exploring new markets. This comes at a time when holders of the Kenyan passport are being barred from accessing 54 countries due to the new coronavirus variant.

All these developments over the past 7 days show that, while there is a lot of optimism that the economy will bounce back from the slump that started last year, a lot of things will get tougher for most Kenyans before they get better.