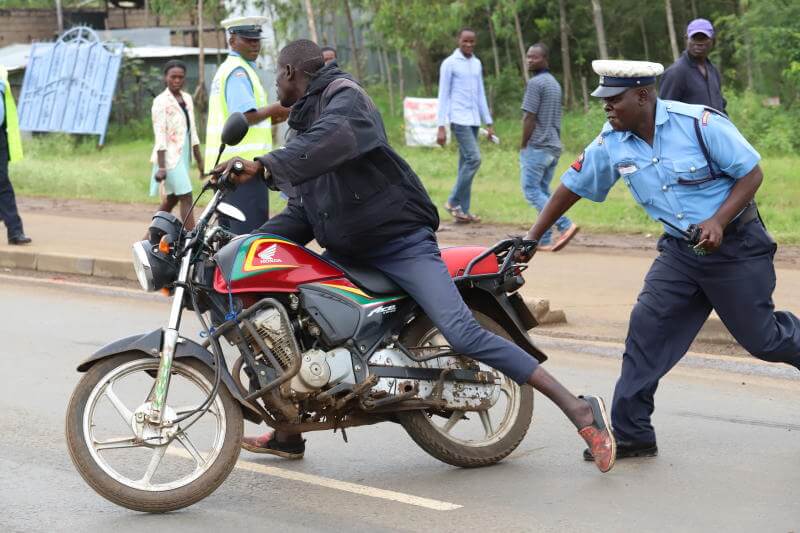 The month of October has been a blur, probably because it has been filled with lots of significant events, most notable being the vacation of the dusk to dawn curfew.

As we bid farewell to October and prepare to head into the last two months of 2021, I bring to you some of the most significant news from the last 7 days that might affect your money decisions.

A bill that sought to put a cap on doctor’s fees and the amount hospitals can charge in medical bills has been rejected by Parliament.

The bill, which was introduced by the Parliamentary Committee on Health, was aimed at giving the government control over hospital charges in a bid to rein in the cost of healthcare in the country.

Parliament, however, rejected the bill citing claims by stakeholders in the health sector that their views were not taken into account when the committee was preparing the bill.

The committee will be expected to conduct a fresh round of public participation and take stakeholder views into account before reintroducing the bill to Parliament.

Over the last couple of years, Kenyans have had to deal with a rising cost of healthcare, particularly in private hospitals, where hospital charges have ballooned faster than the rate of inflation.

This has put pressure on families and threatened low-income earners’ access to quality healthcare, while at the same forcing insurers to increase their premiums.

Insurers have also been accusing medical practitioners and hospitals of inflating medical bills by charging patients for services they do not need.

The rejection by Parliament comes at a time when the National Hospital Insurance Fund (NHIF) is planning to implement a cost-cutting drive that will see Kenyans pay more out-of-pocket for various health procedures.

Under the cost-cutting drive, NHIF has proposed to reduce the average payout for a renal dialysis session from Ksh9,500 to Ksh6,000. The Renal Society of Kenya has spoken out against the insurer’s plans, saying that the amount would not be sufficient for the procedure, even at low-cost public hospitals.

The state-backed insurer has also proposed to reduce payouts for major surgeries and diagnostic tests like CT scans and MRIs. However, there are plans by the insurer to increase benefits for cancer patients, with cases of the disease rising rapidly across the country.

NHIF has also announced that any hospitals found to be filing false medical claims will be permanently suspended from the insurer, subject to the signing into law of the NHIF (Amendment) Bill by President Uhuru Kenyatta.

Passenger Insurance to Be Made Mandatory For Boda Bodas

The Insurance Regulatory Authority (IRA) is pushing for changes that will make it mandatory for boda boda and tuk tuk operators to acquire third-party insurance cover for their fare-paying passengers and pedestrians in case of an accident resulting in injury.

Currently, third party insurance cover is only mandatory for motorcycles and three-wheelers used for domestic, social, and leisure purposes, but not for those engaged in public transportation. Boda bodas and tuk tuks are not categorized as motor-vehicles used by fare-paying passengers, and therefore, there is no legal requirement for them to acquire insurance cover.

The proposed changes by the IRA have been prompted by the increasing number of boda boda accidents that leave many injured and unable to cater for the cost of treatment. In 2020, 439 people died from motorcycle –related accidents, compared to 217 in 2016.

The changes come at a time when digital taxi companies are expanding their services to motorcycles, a move that is likely to increase the uptake of motorcycle taxis by commuters.

The Kenyan shilling on Thursday sank further to trade at an average of 111.20 units against the dollar, which is the lowest it has sunk in 10 months.

The weakening of the shilling will lead to increased inflation and higher cost of imported goods as traders spend more money to bring capital and consumer goods into the country. Some of the major imports that will be affected include machinery, medicines, pharmaceuticals, cars, electronics, plastics, fuel, clothing, and shoes.

Over the past year, dollar inflows from the Eurobond, other external loans, agricultural exports, and diaspora remittances have cushioned the Shilling from depreciating too much against the dollar.

However, increasing global demand for goods, an artificial shortage of dollars, and the payment of loan obligations have seen the country use up its dollar reserves, leading to the depreciation of the shilling that we are seeing today.

Even with the weakening shilling, there is some hope that prices of imported goods will remain stable as global freight costs ease. The shortage of vessels at the height of the Covid-19 pandemic had greatly pushed up the cost of freight, leading to high importation costs that were then passed on to consumers.

With the majority of the world recovering from the pandemic, however, vessel and container availability is improving, which has in turn led to a fall in shipping costs.

A report by the Shippers Council of Eastern Africa (SCEA) shows that the cost of shipping a container from Asia and Europe has fallen by an average of 30% of the last two weeks.

SCEA expects that this trend will continue into the last two months of the year.

A new study by GlobalPetrolPrices has revealed that the cost of electricity in Kenya is the fourth highest for all African countries.

According to the report, Kenyan households paid an average of Ksh24.65 for a kilowatt of electricity at the time of the study, which was Ksh9.50 more than the global average of Ksh15.10 per kilowatt.

Today, the cost of power has increased to Ksh26.57 per kilowatt.

GlobalPetrolPrices did not explain the reason behind the Ksh9.50 difference between power prices and the global average.

However, the final cost of power in Kenya includes additional charges such as 16% VAT, a Ksh1.16 Energy and Petroleum Regulatory Authority charge, a Ksh0.77 Forex charge, a Ksh3.97 Fuel Energy charge, a 5% REP charge, and a Ksh1.60 Water Resource Management Authority levy.

The study also revealed that commercial power users in Kenya paid Ksh18.8 per kilowatt at the time of the study, which was Ksh3 higher than the global average of Ksh15.10 per kilowatt.

Other African countries with higher household power costs than Kenya at the time of the study were Rwanda at Ksh28.76 per kilowatt, Cape Verde at Ksh28.32, and Mali at Ksh25.76 per kilowatt.

However, there is hope for Kenyans following a directive by President Uhuru to have Kenya Power renegotiate its power purchase agreements.

Energy CS Monica Juma on Monday reiterated the President’s commitment to have the cost of power drop by 33% before the end of the year.

After the nasty shock delivered at the height of the Covid-19 pandemic, CEOs are now giving priority to technology investments over human resource investments, a new survey reports.

The survey, which was carried out by KPMG, showed that 66% of CEOs in East Africa are prioritizing investments in new technology, compared to just 30% who are planning to invest in their staff. This comes after the Covid-19 pandemic forced companies to consider and adopt new ways of working that are more reliant on technology.

Despite the greater focus on technology over staff, the majority of the CEOs polled (88%) still believe that they will increase their workforce over the next 3 years.

In addition to prioritizing technology, most organizations are also starting to embrace remote working, even past the pandemic. 42% of CEOs polled reported plans to allow remote working for the majority of their staff for two or more days every week.