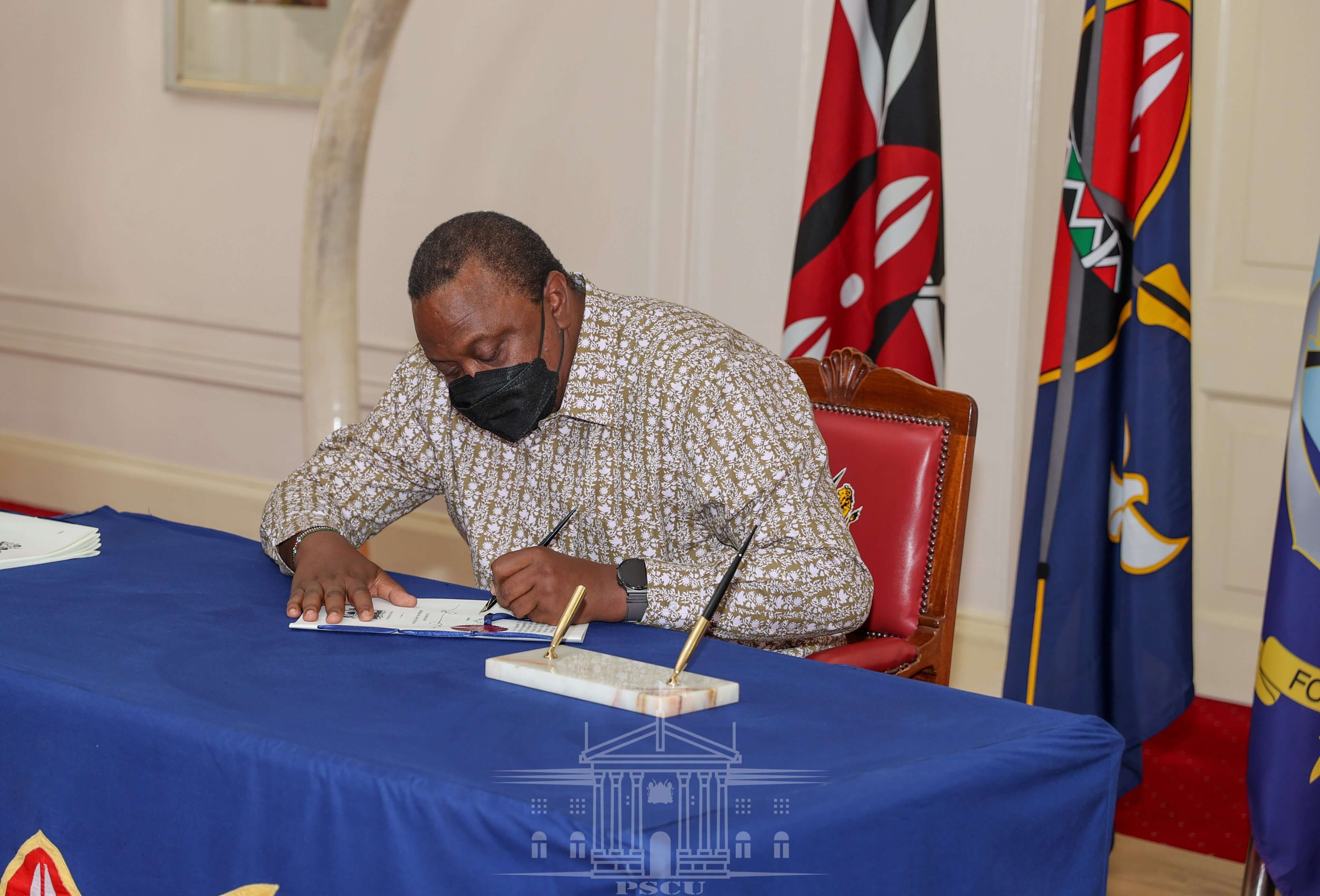 The past one week has been chaotic, with twin bombs going off in Uganda, terror suspects escaping from Kamiti maximum prison, and former Nairobi Governor Mike Sonko leaking damning videos about alleged corruption in the judiciary.

The financial sector has equally been busy, and below, we bring you some of the top news from the last seven days that affect your personal finance.

We have all heard of cases where hitherto ‘unknown lovers’ emerge after the death of a wealthy man/woman, claiming to be secret lovers to the deceased and demanding a share of the deceased’s estate.

This increasingly common happening by so-called Mpango wa Kandos, often frowned upon as opportunists preying for assets has been dealt a blow following the signing into law of the Law of Succession (Amendment) Bill by President Uhuru Kenyatta on Wednesday.

The law, which was sponsored by Homa Bay Town MP Peter Kaluma, sought to lock out secret lovers and illegitimate spouses from getting a share of their lovers’ wealth in the event of death. The law achieved this by amending the definition of the word dependent.

The new law defines a dependent as “the spouse and children of the deceased, whether or not maintained by the deceased immediately prior to his death.”

In this case, a spouse is a legally recognized husband or wife, and applies in the case of religious and customary marriages, as well as those formalised at the Attorney General’s office.

The law also recognises other dependents, including the deceased’s parents and step parents, step children, adopted children, siblings of the deceased, half-brothers and sisters, grandparents, and grandchildren who were under the deceased’s care and maintenance immediately prior to his death.

Those not considered as conventional dependents, including secret lovers, still have room to fight for their rights if they feel that they are entitled to the deceased’s estate.

Speaking after the bill was passed into law yesterday, Peter Kaluma said that the aim of the new law was to prevent opportunistic schemers from causing anguish to bereaved families and disenfranchising the legitimate heirs of the deceased.

President Kenyatta, on the other hand, stated that the new law will “streamline the administration of succession matters in the country.”

Following the government’s decision to bar lenders from listing loan defaulters (Ksh5 million and below) with credit reference bureaus (CRBs), digital lenders have announced that they will no longer issue loans to new borrowers.

The President gave a directive during the Mashujaa Day celebrations barring CRB listing for loan defaulters with loans below Ksh5 million. In addition, unregulated digital lenders can only access credit information about a borrower with the express consent of the Central Bank of Kenya (CBK) and the borrower.

The Digital Lenders Association of Kenya (DLAK) argues that lack of access to borrower’s credit information makes lending risky, and has therefore agreed that its members will only lend to repeat borrowers whose information they already have in their databases.

This move will limit Kenyans’ access to short-term credit at a time when the majority are yet to recover from the effects of the recession caused by the pandemic, and at the same time limit the growth of the digital lending industry.

The total expenditure and net lending estimates under the new budget stand at Ksh3.298 trillion. Adding the internal and external debt redemptions for the 2022/2023 financial year will push the budget to a total of Ksh3.877 trillion.

Domestic debt payment estimates for the period stand at Ksh436.6 billion, while external debt payments are estimated at Ksh245.5 billion.

The biggest chunk of the budget will go to the national government, which has been allocated Ksh2.075 trillion, while country governments will get Ksh370 billion.

Government revenue is expected to fund Ksh2.405 of the budget, leaving a Ksh846.1 billion budget gap that will be covered through borrowing. The government expects to borrow Ksh363 billion externally, while Ksh483.1 billion will be borrowed internally.

SGR Train to Mombasa Fully Booked All The Way to Christmas

With more than a month to go before Christmas, Kenyans have fully booked all seats on the standard gauge railway (SGR) passenger train from Nairobi to Mombasa.

This means that anyone seeking to holiday at the coast of the Christmas period will have to seek other alternative means of transport, including road and air travel, which are usually more expensive.

Airline companies like Jambojet and Fly540 have already increased their air fares between the two cities in response to the increasing demand as the holiday season approaches.

The fully booked SGR train service is an indicator that a lot of Kenyans are looking to enjoy their holidays at the Coast, a move that will boost revenues for the transport and hospitality industries which were highly affected by the travel restrictions imposed in a bid to fight the spread of Covid-19.

CBK Governor  Patrick Njoroge has announced that Kenya is considering developing a central bank digital currency (CBDC) that will make it easier and faster to send and receive cross-border payments.

Dr Njoroge made the announcement on the sidelines of the virtual Afro-Asia Fintech Festival. The CBK Governor noted that CBDCs can make cross-border payments more efficient by cutting costs and reducing the time it takes to settle such payments.

The governor’s announcement comes just a few weeks after Nigeria launched its CBDC, dubbed eNaira, making it the first country in Africa to launch a CBDC, and one of the first countries in the world.

Within two weeks of the launch of eNaira, over 400,000 new digital wallets were registered, while 12,500 eNaira transactions totaling to over $113,000 were recorded.

50% of Diaspora Remittances Go To Supporting Family And Friends

A new survey by Pangea Trust, a Norwegian non-profit, shows that Ksh49 out of every Ksh100 remitted into the country by Kenyans living in diaspora goes towards providing financial support for family and friends, including catering for food expenses, school fees, and medical expenses.

This is a significant improvement from 2016, when household needs took up 75% of diaspora remittances.

In second place are donations to religious groups and charities at 17%, while 15% of all diaspora remittances go into investments.