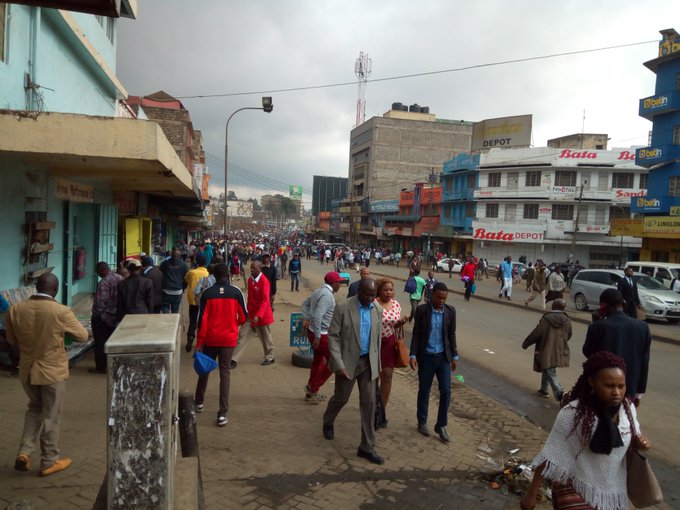 You now have to part with up to 30% more to purchase a used car as compared to three months ago, it has been revealed this week.

The last week also saw several new tax changes as some of the Finance Bill 2022 amendments took effect as from July 1, 2022.

For this and many more in detail, here's a recap of the money news that made the headlines in Kenya over this first week of July, and how the developments may affect your pocket.

Some of the tax measures passed in the Finance Act 2022 kicked in on July 1, consequently pushing even higher the prices of some commodities.

The Treasury had proposed an increase in excise duty on beauty and cosmetic products and duty on chocolate bars by 15%, while duty on imported jewellery will now rise from 10% to 15%.

Sugar confectioneries such as candies, chocolates, chewing gum, and bubble gum will also rise by 10% according to Treasury proposals that are now in effect, with excise duty on fruit and vegetable juices also rising by 10%.

Spirits with an alcoholic percentage of more than 6% will now attract excise duty at Ksh335.30 per litre, up from Ksh 278.70.

Beer enthusiasts should note that products with alcohol concentrations above 6% will now be subject to excise duty at a rate of Ksh134 per litre, up from Ksh 121.85, which means retail price will increase.

The government has also started implementing the Ksh50 on every imported read-to-use SIM card as well as the 10% excise duty on imported smartphones, on top of 20% excise duty on telephone and internet data services that is already in place.

Investors who sell property will also pay more in taxes as a result of the Finance Act 2022's proposal to increase the capital gains tax (CGT) from 5 percent to 15%.

This comes as the revenue authority announces a milestone in Kenya’s tax collection history. On Thursday, July 7, KRA Commissioner-General Githii Mburu announced that the annual revenue collection in the 2021/22 financial year had hit and surpassed the Ksh2 Trillion mark.
‍

"The positive revenue growth rate mirrors the improved tax compliance from patriotic taxpayers who contributed to the collection of revenue. Revenue collection has tripled from Ksh 707.36 Billion in FY2011/12 to Ksh 2.031 Trillion in FY2021/22." reads his statement in part.

The number of surgical procedures covered by the National Hospital Insurance Fund (NHIF) has doubled, oncology benefits for cancer patients have been enhanced, and reimbursement rates for contracted health institutions have increased by 12%.

The State-backed insurer will now pay for 549 surgical procedures up from 292 while cancer patients who previously could only get PET scan using NHIF at Aga Khan Hospital will now get the services at Kenyatta University Teaching and Referral Hospital.

The outpatient coverage has been modified under the new contracts to cover seven fundamental laboratory tests for the five most prevalent non-communicable diseases.

Health CS Mutahi Kagwe stated that Kenya's efforts to provide accessible, high-quality healthcare, particularly for low-income earners who largely use NHIF, depend on the expanded scope of hospitals.

Reports reveal that the government is set to roll out the compulsory NHIF memberships for all Kenyan adults, as it looks to increase the funding pool for NHIF.

A new law which is part of the recently published Finance Act 2022, has handed the Kenya Revenue Authority (KRA) powers to dispose of properties of tax defaulters.

In the latest bid to increase revenue collection, KRA can now sell the said property through public auction or private treaty within two months of notifying the taxpayer.

Targeted assets include any real estate, buildings, boats, cars, and other items that the KRA may deem adequate security for unpaid taxes.

When a taxpayer who owns land or a building misses the deadline to pay tax, KRA will designate the assets as a security for the unpaid tax.

According to data from Kenya Auto Bazaar Association - a lobby group for second-hand motor vehicle importers, the prices of used cars has gone up by up to 30% over the last 3 months.

For example, 2015 models of Toyota Harrier, Toyota Fielder, Toyota Premio and Nissan Sylphy have risen by between Ksh150,000 amdf Ksh400,000 since April.

This has been attributed to the weakening of the Kenyan Shilling as well as the scarcity of the in-demand vehicles occasioned by the disrupted shipping routes and schedules.

Because automakers have reduced manufacturing due to a lack of semiconductors used in electrical devices, dealers are now facing more competition from consumers in source markets like Japan and the UK.

Due to shortages, the majority of purchasers in developed markets who would ordinarily purchase new automobiles have now turned to used models.

In a move that is expected to disrupt the mobile loans industry, Safaricom has introduced a zero-interest credit facility that would enable millions of its customers to shop for items up to Ksh100,000 and pay later.

Known as Faraja, its users will pay the same amount without any additional costs compared to other credit products while purchasing goods and services from as little as Ksh20 to a maximum of Ksh100,000.

A user will have a credit limit of up to Ksh 100,000, depending on their credit score, to make purchases against and then repay within the 30-day term.

It will function similarly to a digital credit card.

The Food and Agriculture Organisation (FAO) says that the growth is attributable to easier access to markets.

Farmers are already uprooting traditional cash crops like coffee and tea to plant avocados - now popularly known as the "Green Gold,"  - in Murang'a County, Kenya, which is the country's leading producer of avocados.

Increased global interest has given the billion-dollar avocado sector a boost, with health, wellness professionals and lifestyle influencers propelling the rise of the “super fruit”.

Currently, Kenya is the third-largest producer of avocados in the world.

For the third consecutive month, Kenya's private sector activity shrank in June 2022, reaching its lowest level since April 2021 as a result of increased prices and a lack of some manufacturing-related supplies.

The 50.0 mark separates growth in activity from a contraction and the index has held below that level since April.

The depth of the increase in upward pressure on the cost of basic products may be seen by the fact that year-over-year inflation increased to 7.9% last month, its highest level since August 2017.

On July 2, 2022, the Agricultural Employers Association (AEA) warned that the Land Control Bill of 2022 could adversely affect farming in the country.

Under the proposal, foreigners will be barred from owning land in Kenya, with the AEA warning that this could lead to investor flight and the closure of farms that employ thousands of Kenyans.

Large swaths of land in the nation are owned by hundreds of foreigners, who also produce flowers, wheat, vegetables, and fruit there.

Landowners in agricultural zones will also be blocked from multiple sub-divisions of their parcels for sale if the Parliament adopts the proposed Land Control Bill, 2022.

If the measure is passed, it will serve as a warning to investors who have invaded farmlands in most agricultural zones in search of big profits from business operations like real estate.

Data from the National Land Commission shows that less than a fifth of Kenyans own more than 1.5 acres of land, while nearly 15% of the population do not own any land.

CBK Set to Spy on Lenders

The Central Bank of Kenya (CBK) is looking for a consultant to spy on lending institutions such as commercial banks and microlenders in order to uncover consumer fraud like covert fees, deceptive advertising, risky lending, and bribery.

The consultant will be required to carry out covert operations in the banking hall while impersonating a client in order to look for actions that go against the CBK consumer protection rules.

“The investigation aims to conduct mystery shopping to confirm banks’ compliance with consumer protection guidelines. The consultation will be limited to a period of three months from the start date,” CBK explained.

Banks are forbidden by the consumer protection rules from engaging in unfair or dishonest business practices, such as fraudulent advertising or victimising customers.

In addition to prominently displaying the cost of their service in branches, product advertisements, and websites, it mandates that banks disclose all of their fees and interest rates.

The government has raised the Common External Tariff (CET), which is imposed on goods originating from the East Africa Community, on the raw materials needed to create furniture products (EAC).

The new tax, which took effect on July 1, 2022, has increased to 35% from 25%, bringing the levy charge on the raw material to the level of a finished product.