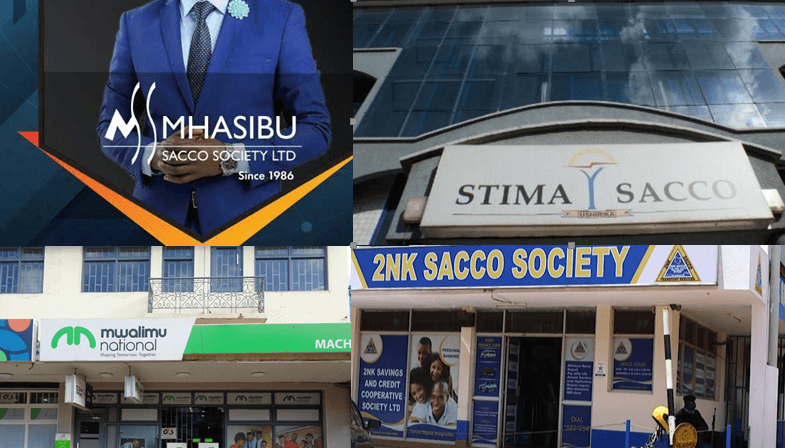 One of the reasons why a lot of Kenyans save their money with Savings and Credit Cooperatives (Saccos) is the prospect of earning handsome dividends at the end of every financial year.

However, the introduction of a new set of regulations will affect how non-deposit-taking Saccos run and operate, which could in turn result in savers earning less in dividends - or even nothing - every year as the Saccos try to comply with the new regulations.

The new ergulations, which took effect in January this year with a six-month grace period, are meant to weed out rogue Saccos and ensure the security of savings for the millions of Kenyans who are Sacco members. The regulations aim to minimize the chances of a repeat of alleged cases of Saccos defrauding members as in the case of Ekeza and Urithi (now Anchor Premier) Saccos.

The new rules, which come under the SACCO Societies (Non-Deposit Taking Business) Regulations, 2020, are aimed at non-deposit-taking Saccos with deposits exceeding Ksh100 million.

Non-deposit taking Saccos are those that require one to become a member by buying the Sacco’s shares and making monthly savings. With Non-DT Saccos, one cannot withdraw their savings unless they want to leave the Sacco. In contrast, deposit taking Saccos allow you to open withdrawable savings accounts, just like commercial banks.

Among the changes under the new regulations is the requirement for Non-DT Saccos to increase their capital base. With the implementation of the new regulations, non-deposit-taking SACCOs will now need to maintain a core capital of not less than Ksh5 million.

The new regulations also require that at least 50% of the Ksh5 million share capital should be made up of disclosed reserves and retained earnings.

Similarly, rapid expansion without adequate capitalisation, as well as having lots of poor quality assets could result in higher minimum capital ratio for a Sacco.

Under the new regulations, Saccos will also be required to file quarterly and annual reports to the regulatory authority (SASRA). Now that they are under SASRA’s supervision, non-deposit-taking Saccos will also be restricted from engaging in activities that are seen as risky, such as investing in venture capital, dealing in cryptocurrencies, and engaging in foreign trade operations.

What These Regulations Mean For Savers

According to Agriculture and Cooperatives CS Peter Munya, the Sacco Societies (Non-Deposit Taking Business) Regulations, 2020, are aimed at protecting Kenyans from unscrupulous Saccos that engage in dubious deals, leading to loss of members’ funds. This is one of the reasons why the new regulations prohibit Saccos from investing in ventures that are seen as risky.

Speaking to the press, CS Munya reiterated that “The prudential legal framework provided in the SACCO Societies Act and the Regulations, 2020 are meant to ensure the savings and deposits collected from the public are not only protected but also secured at all times.”

Despite the good intentions of the regulations could end up hurting savers, at least in the short term.

Ordinarily, Saccos pay out their profits to members as dividends. However, due to the need to meet minimum core capital requirements, many Non-DT Saccos will now be forced to retain profits, leading to reduced or no dividends for members.

Analysts predict that this might go on for a period of about 5 to 10 years, until the affected Saccos stabilize enough to be able to issue dividends again.

In the long term, however, the new regulations will bring about major benefits for savers. For instance, as Saccos strive to meet the minimum core capital requirements, this will increase their financial muscle, making it possible for them to offer more capital-intensive products like mortgages, and allowing them to give members loans with longer repayment periods.

Non-DT Saccos that fail to adhere to these regulations will face various penalties, such as having some of their operations suspended. These include operations such as lending, investing, and accepting new non-withdrawable deposits. Some penalties, such as being prohibited from declaring dividends, could end up hurting not just the Sacco, but its members as well.

Saccos were given a six-month grace period ending in June 2021 to ensure compliance.

By July 2021, however, only 157 out of the 3,000+ registered non-deposit-taking SACCOs in the country had applied and been issued with a compliance certificate by SASRA, leaving the fate of majority of the country’s Non-DT Saccos, as well as that of their members in limbo.