Why Kenyan Graduates Are Going Back to the Farm 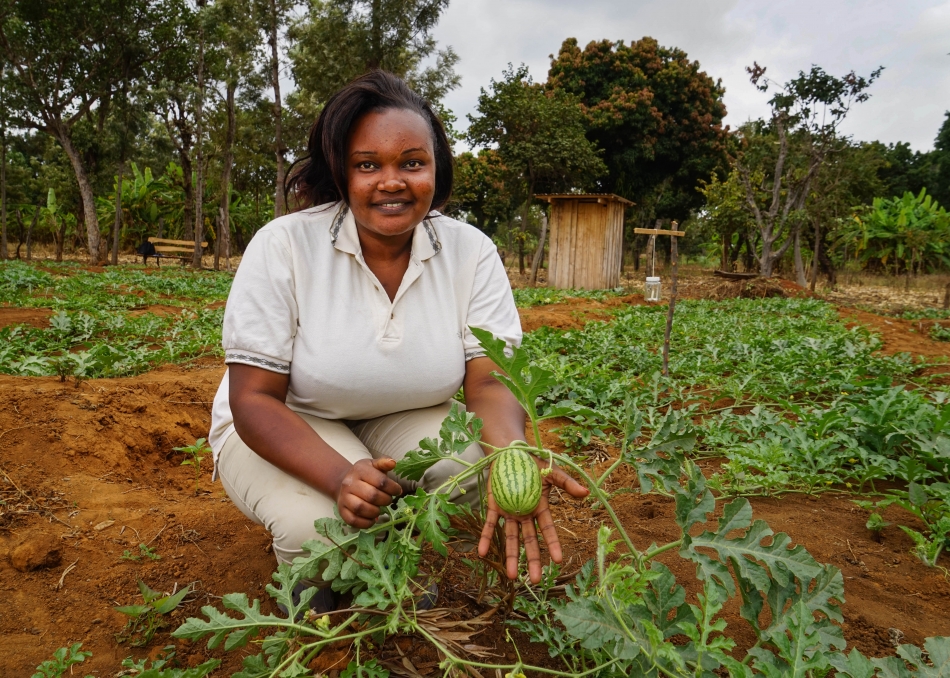 Gone are the days when a university degree in Kenya guaranteed one a comfortable, well-paying job.

While many graduates are still able to secure good employment across the country, many others are seeking alternative income generating avenues away from urban centres due to poor job prospects.

Every year, over 30,000 students graduate from universities adding to a pool of thousands of job seekers in a country that has the highest level of youth unemployment in East Africa, according to the World Bank.

Additionally, a 2020 survey by CPS International shows that 30% of employers are unsatisfied with the skills newly-hired graduates bring on board from university.

As a result, over the last several years, there has been a gradual change in the perception that young, educated Kenyans have had about what would have been called less-glamorous jobs such as in Agriculture.

Technology has played a major role in this transition making the once-brilliant statement ‘making agriculture sexy’ now a cliche. It has come in handy in creating not only individual routes out of poverty but also enterprises that are helping chip off the unemployment block a job at a time.

Agriculture employs about 70% of all Kenyans, most of whom are in subsistence farming. As urban jobs prospects remain challenging,  we are witnessing a sort of ‘exodus back to the farm’ by not just graduates but many unemployed others.

Social networking sites and the internet are making farm-to-market linkages much easier such that what would have taken days to find a buyer 10 years ago can be sold in minutes online.

Losing his job at K24 TV when the company started downsizing in 2013 was probably the best thing that happened to former TV reporter Caleb Karuga. He utilised his severance pay to launch Wendy Farms - with poultry, dairy goats, fish, bees, crops and farmer training in its portfolio.

He urges those venturing into agriculture to go beyond practicing agriculture and venture into agri-business.

While Karuga rides on #UkulimaSioUshamba maxim, he says that it has not been an easy ride, though. He advises those thinking of venturing into agriculture to do enough research and identify a niche.

While the only way for many youth to venture into agri-business is to lease land, he says he learned the hard way after his lease, which had not been documented, was ignored by the landowner and he ended up losing his investment.

In a Twitter thread detailing his ordeal, Karuga warns, “Never farm on leased land without an agreement! As you’ll learn later, it will end in premium tears”.

The United Nations’ Food and Agriculture Organization (FAO), through the Increasing Smallholder Productivity and Profitability (ISPP) project, aims to strengthen the capacity of smallholder farmers to manage their agribusinesses more reliably.

The programme provides knowledge and skills to stakeholders along the agricultural value chains with notable success in semi-arid lands of Kenya.

One of the beneficiaries is Purity Karemi who holds a Bachelors degree in procurement and management from the University of Nairobi.

Even though she did not plan on being a farmer, Karimi’s enrolment in the FAO training on youth and agribusiness taught her about good agricultural practices, water management in agriculture, agribusiness and nutrition knowledge.

Since then, Karemi has not turned back.

She ventured into agribusiness after buying sweet potato vines which gave her good returns. With the initial investment in sweet potato farming, Karimi has, just like Karuga, expanded her venture to include watermelon and capsicum.

For Karemi, the training was the boost she needed to start a journey of not just being a graduate farmer, but also an employer.

She sold her first tranche of watermelon to Twiga Foods after she was introduced to the company by FAO. Unlike many other farmers who would have had to deal with brokers, Karimi’s first sale of the five tonnes of watermelon did not need a middleman.

The Kenya Youth Agribusiness Strategy 2017-2021 notes that youth unemployment is higher than the overall national unemployment rate in the country.

The Kenyan economy has not been creating sufficient jobs for the increasing number of graduates entering the job market. This has led to the graduates seeking alternative options of economic empowerment.

Agriculture remains the backbone of Kenya’s economy and directly contributes 24% of the annual GDP and another 27% indirect contribution. It thus remains a critical sector in creating employment and as such, one of the key sectors to deliver the 10% annual economic growth rate envisaged in the economic pillar of the Kenya Vision 2030.

With technology, graduates will not only go back to the farm but also break limitations that have cumbered the agricultural sector and made it difficult to thrive in the sector.

In terms of making sales, there are several platforms including on social media that lessens the time between getting a customer and making a sale.

Platforms like Mkulima Young, which is a free digital solution that link farmers with markets for farm inputs and farm products, are offering the convenience of selling what is produced on the farm bypassing many hurdles that could not have been overcome without the digital transformation.