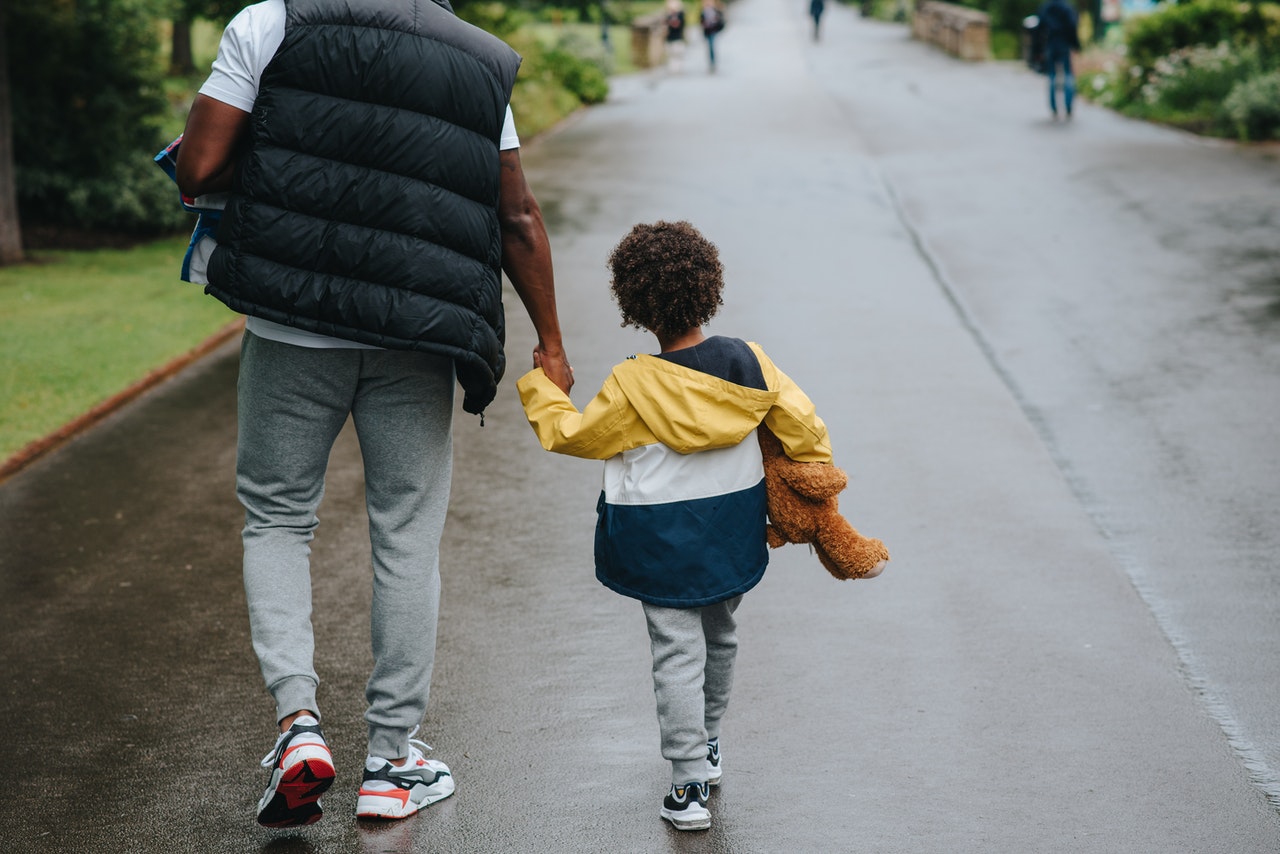 With Father's Day upon us, I found myself re-watching one of my all-time favourite TV shows. One particular scene left an indelible mark on me. It was one of those scenes that stay with you for life.

Pardon me as I try to write out the scene to the best of my recollection.

Deep in the heart of a West African jungle, an African father holds his newborn son up toward a starry night and gives him a name. “Kunta Kinte. Behold, the only thing greater than yourself,” he belts out with his stoic voice cutting through the silence of the night.

This simple phrase and tradition was carried on for generations on the show, with each new dad venturing out to a starry night to name their newborns, regardless of their geographical location. I always wondered, why?

Ever since my dad sat us down on one of those lazy Sunday afternoons, and binged through the mini-series (dubbed Roots) with us, it just stuck.

I was still a kid, and it took several years for me to grasp the meaning and power of that simple scene – or at least my understanding of the same.

My translation is rather simplistic. A father’s entire life changes the moment they welcome their first born. From then on, their sole purpose in life is to ensure that their child surpasses them. ‘The only thing greater than yourself’.

They do this through actions such as working relentlessly to secure a better upbringing (in the TV show, Kunta Kinte, actually lost a foot while trying to escape just to ensure his newborn daughter didn’t have to grow up as a slave in a plantation).

Being the practical beings that they are, most fathers tend to lay great emphasis on financial teachings and tips to boost our chances of success during our lifelong pursuit of happiness.

These lessons took countless forms, from a serious whooping to ensure you’d never use the Ksh20 bob you’d been given as Sunday offering to buy kangumu or ice cream, to taking you on random visits to their workplace.

To appreciate the fathers/father figures during this year’s Father’s Day, how about a quick recap of some of the invaluable lessons handed down through generations.

Don’t get me wrong, these aren’t blanket lessons but rather the most common ones laid out by the fathers in our lives, or that particular father figure.

It takes a while to get this (as for some unknown reason, most dad’s aren’t geniuses when it comes to expressing emotions).

But think of it, how many times has the father figure in your life insisted on family outings or visits through the years, or even asked you to make time for a family get together?

As a kid, Sundays were sacred. It was the one day of the week dads got to spend with the family. Cherished kid games at the neighbour’s had to wait. It could be an outing ,or just a special treat that marked the day.

Over the years, it becomes quite clear that spending time with loved ones is something most of them hold dear.

In a past interview, recently deceased business mogul Chris Kirubi (a father of two), confessed of how he missed simple family moments such as getting his kids ready for school in the morning.

"It was an interesting life just looking after the kids, taking them to school, working with them on their homework and you know, going shopping and all this manner of things that families do. It's a good life and I miss it,

"I miss tucking in the kids at night and helping them out with their work," he stated.

Your spouse, your kids, your parents, your close friends - whoever they are, make sure that you find lots of time to spend with the people you truly care about.

This one makes a strong case for being one of the most common lessons handed down to kids. Some instill it by their daily actions, others by literally saying the words out loud, some marry the two.

You can't always determine what you get out of something, but you can often control what you put into it.

Giving everything you do your best shot and worrying less is key. This is one of those do-as-I-say-not-as-I-do pieces of advice, as most dads are pretty good at worrying about things.

That said, worrying rarely improves the odds of good things happening or changing the outcome, and can actually diminish those odds.]

The highest dividend money pays is the ability to control time

The thrill of having or acquiring fancy stuff wears off quickly.

Being able to do what you want, when you want, where you want, with who you want and for as long as you want provides a lasting level of happiness that no amount of “fancy stuff” can ever offer.

This is usually tied in with the importance of saving up. Having enough savings to give you time and options during an emergency will never get old.

Achieving independence is the ultimate goal in life. But independence isn’t an all-or-nothing scenario - every shilling you save is like owning a slice of your own future.

It’s okay to change your mind, Learning from Experiences is what counts

Almost no one has their life figured out by age 18, so it’s not the end of the world if you pick up some work that you end up not enjoying. Or get a degree in a field that you’re not 100% passionate about. Or work in a career and later decide you want to do something else.

It’s okay to admit that your values and goals have evolved. Forgiving yourself for changing your mind is a superpower, especially when you’re young.

This is more often than not tied in with the timeless lesson on one’s attitude towards money and success.

True success in life is “when the number of people you want to have love you actually do love you.” Somehow, these lessons always boiled down to love is what I’ve gathered over the years.

That love comes overwhelmingly from how you treat people, rather than your level of net worth. Money does not provide the thing that you (and almost everyone else) want most. No amount of money can compensate for a lack of character, honesty and genuine empathy towards others.

Some bonus lessons include the importance of running YOUR own race. “The race is not to the swift or the battle to the strong, nor does food come to the wise or wealth to the brilliant or favor to the learned; but time and chance happen to them all,” as my father always quotes..

This cuts across all fields in life and maybe weighs even heavier in the world of personal finance. Living within your means is a lifesaver.

I also learned the importance of faith and keeping wise counsel. Not forgetting the convenience of always traveling light.

I don’t know how it works nowadays but in the late 90s and early 2000s, a typical school visit from a dad usually involved a cup of yoghurt and a newspaper – maybe some crisps if they are going all-out. Come to think of it, this actually resulted in a lot of sharing food, another vital life lesson.

It’s important to note that none of these lessons are actions so much as they are behaviors. The first time you commit to them, you won't see results. Over a lifetime, however, they can greatly improve your life. Aristotle put it best: "We are what we repeatedly do. Excellence is not an act, but a habit."

Feel free to add any of the lessons you picked up on from the father figure in your life.