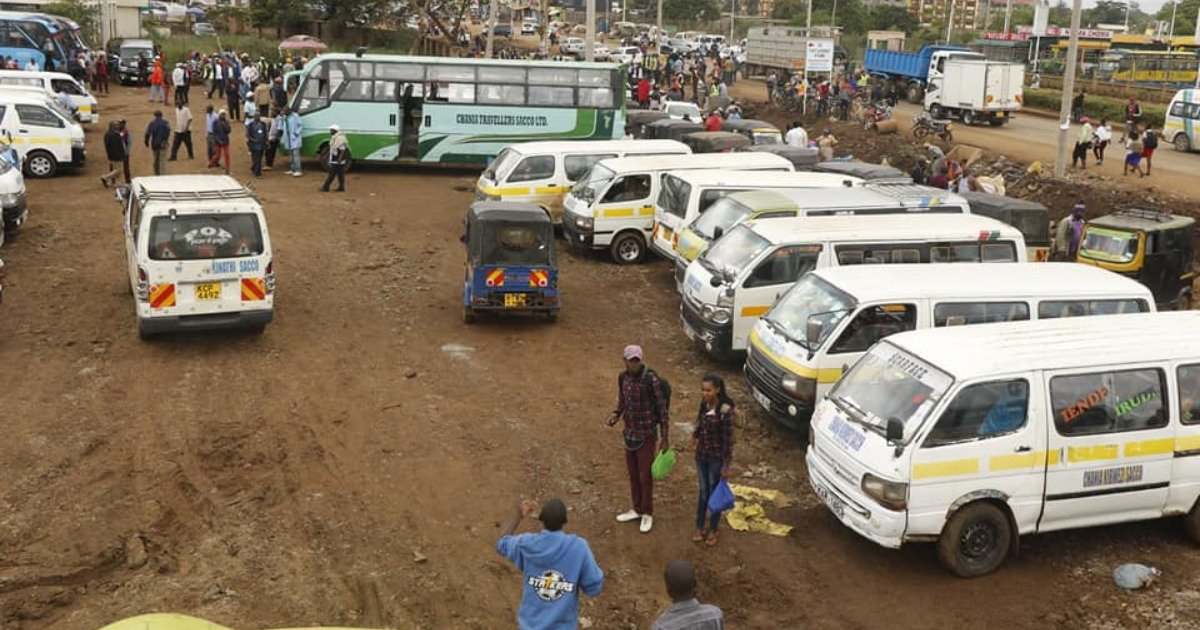 Wakili gets up at 4am, everyday - like clockwork. The rest of his household doesn't stir till an hour later. He likes the early morning silence, chill, and semi-darkness. He heads straight to the kitchen. He checks the earthen fireplace ashes for live embers, and builds a fire. He starts warming water - already, he can hear his two dairy cows stirring. They are used to the routine.

At half past four, Wakili starts milking. He takes half an hour. He weighs out 30kg into scrubbed milk urns, ready for collection at 7am. That's his wife's role. He feeds milk to the calves from a bucket.

Wakili checks the chaff cutter, starts it up. He cuts the cow's daily feeds; an assorted mixture of dried out Napier grass, maize stalks and banana leaves. It depends on the season. Sometimes, he's forced to ship in bales of Lucerne grass from a supplier in Thika over the dry season.

Each day, he makes sure there's enough to last the day. His wife has never got the hang of the chaff cutter machine. She doesn't like it, anyways. The noise wakes her. By 6am, Wakili is having his breakfast. He prefers indigenous food for breakfast - boiled yams, arrow roots or his favorite - cassava, from his farm. No expense, and healthier.

Wakili leaves the house at half past six, dressed sharply in a suit with a red tie and polished black or brown leather shoes. He's got a different suit for each day of the week. By this time, his four-year-old son is getting ready for school. He's in pre-unit.

This discipline has earned Warui Mugo, a moniker - Wakili, meaning 'Lawyer'. He's a stickler for time and detail. That's the man's self-imposed law.

This is a bustling hub on the area's public transport network. Makongeni is an artery that links the busy agricultural, residential and business town to the capital, and outward - Matuu, Mwingi, Garsen and Garissa.

Wakili oversees daily operations for various PSV operators based at the expansive bus terminus. He had started out as a regular tout a decade back. It was then a chaotic system with touts often accused of petty theft. Violent run-ins with law enforcement were common.

As soon as the dual carriageway was unveiled, new routes opened and the transport sector started flourishing. Wakili immediately spotted an opportunity - and, seeking a few allies, they re-organised the tout work system at Makongeni Bus Terminus.

Man on a  Mission

Wakili had started at entry level and risen through the ranks to head the tout's organisation. He took it seriously enough to suit up. It worked.

At the start, he initiated a registration of youth moonlighting at the terminus into a formal group. It wasn’t without a few challenges. Quite a number were school dropouts, and lacked national identity cards. The group started with a few optimistic youth seeking jobs - a few had college degrees, but a majority had dropped out from school at different levels.

Besides an identity card, to join as a member one needed clearance with law enforcement agencies. An official Good Conduct certificate.

The group opened a savings account at a local Sacco branch.

Now - basic operations at a typical bus terminus mirrors the prison structure system. There’s an overall leader, a ‘King pin’ - role is to oversee general operations. A rung below the kingpin, there’s several lieutenants that supervise different departments, and report daily to the king pin.

At Makongeni Terminus, Wakili is the KingPin. He oversees the terminus operations, maintains discipline - no petty theft - keeps hygiene and handles police cases. Under his command, there’s a group of lieutenants - handpicked - who supervise different sub-terminus.

As soon as Wakili gets to the terminus, he meets up with the lieutenants manning each of these spots. It’s a little like a military morning parade: to get the status of the staff - the present, absent, sick, any incidents the previous night involving our youth - and so on.

Each lieutenant has three or four men under his watch at his spot, with different roles.

Wakili settles down, to do the previous day’s business records. There’s no proper office, so he often sits at a County Shoe Shiner’s booth, with a newspaper.

The Cash End of the Business

In a typical bus terminus, there’s a line of empty matatus waiting for their time at the filling spot, called ‘The Pit’. Now, for a spot at The Pit, each PSV has to pay a fee. Depending on the destination, the fee is between Ksh200 for nearby destinations, and up to Ksh1000 for far-flung destinations.

The latter ones are usually bigger PSVs. These are buses and PSV-converted lorries common on Garissa and Mwingi routes.

The fee is wholly paid to the spot’s lieutenant. In turn, it’s submitted to The King pin. For Makongeni Terminus, that’s Wakili.

Once an empty Matatu occupies the pit, a few young men immediately board it - posing as customers to give an impression of ‘almost filled up’.

As real passengers board, the posers get off one by one. These young men are called ‘Boilers’.  This is a bottom-of-the-chain role, and each gets paid Ksh10 for the sitting role.

For each Matatu waiting to fill up, sometimes half-filled with Boilers, there’s another tout making the calls: “Tao mbao! Tao mbao!” These are called ‘Ngirimba’. This role is a rung higher on the ladder, after Boilers. Depending on the hour and size of the PSV, they’re paid between Ksh50 and Ksh300.

The Ngirimba pay the young men acting as Boilers on the particular PSV. He dictates the number of boilers on his PSV, depending on the size, and hour. Rush hours need fewer boilers.

Now, each Ngirimba hands over 30% standard fee for each Matatu that leaves The Pit. He keeps 30% for himself and 40% is used to pay Ngirimbas under his watch.

That’s a standing rule - set by the tout’s organization - on a Per-PSV basis.

The arithmetic in the cash collection system is crazy! There’s hundreds of PSV’s making it on a daily basis at Makongeni Bus Terminus.

Cash collection depends on the season - there are rich seasons - holiday seasons, like Easter and Christmas see a considerable hike in fares.

Another rush that sees higher figures are back-to-school days, or political voting seasons. There's an influx of travellers that sometimes calls for extra PSVs diverted from other routes.

On a bad day, each Ngirimba makes Ksh1,500 on a bad day, after office deductions and daily expenses - lunch. A Boiler does not have a specific figure, as roles change throughout the day. A Boiler may work as a Ngirimba, as well.

Wakili's daily take home figure varies, too - starting from Ksh2000  to over Ksh5k in the peak seasons.

The office fee is banked daily to the group's Sacco account, and distributed on a 'share basis' throughout the member's accounts.

Each year, there's a general meeting in which accounts are read, elections held and loan requests examined, on a share system.

Wakili sticks to a strict daily savings routine where he sets away at least 20% of his earnings without fail. His wife keeps track.

He believes his irregular income should not come in the way of his financial growth.