Money and Me: Does Having Kids Mean Death to My Dreams? 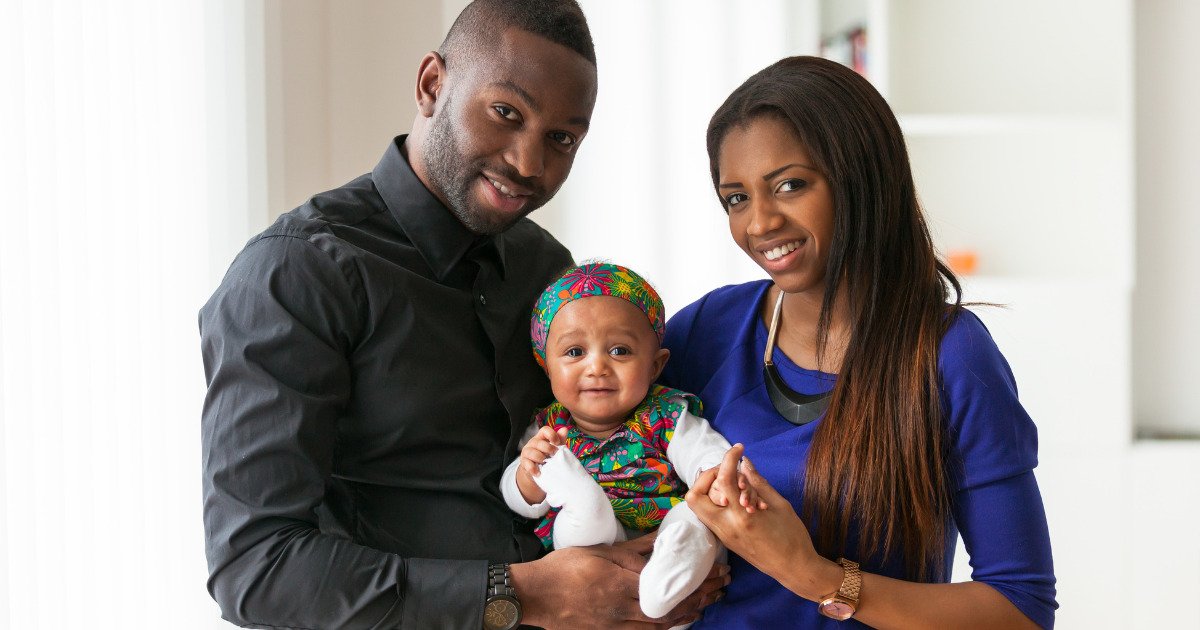 I recently came across a question that is bound to ruffle some feathers – What is the point of having kids if your life ends when theirs begins?

I will not pretend to be an expert in the field. I don’t have a little one or little ones running around calling me ‘daddy’ yet. However, I have close friends and family who have taken the bold step into parenthood, and I will use their experiences or my observation of their experiences to try and answer the question.

It’s essential to get one other thing out of the way from the very beginning. I respect all parents, most won't admit it, but parenting is hard work.

Now, is it true that children are dream killers? Or can one make a case to the contrary and argue that kids are dream enhancers?

A Tale Of Campus Sweethearts.

A good friend of mine got a kid very early on in life. He had just turned 21 when his girlfriend at the time hit him with the bombshell – We’re pregnant.

As you have probably guessed by now, the pregnancy wasn’t planned and the two weren’t married, just campus sweethearts who turned into campus parents.

I have also avoided calling it an accidental pregnancy because I only know of one immaculate conception and my friend's situation doesn’t fall in that category.

Anyway, my good friend – Let's call him Jimmy, got the news just after he had secured a basketball scholarship ‘mayulu’ aka abroad.

He had two options, flee to the states and ball out, or man up and stand by his girl. He chose the latter and never looked back.

That was the end of his Lebron James dreams. However, the news of the pregnancy seemed to spark something within him and he got serious about making money. It helped that his campus sweetheart came from a well-off family, as that was how he was able to kickstart his entrepreneurial journey.

By the time he was 26, he had already built himself a mansion in Nairobi’s leafy suburbs and life was blissful.

Twist in The Tale

Things eventually didn’t work out between the two and Jimmy now sees his baby girl every other Sunday or Saturday.

There is something dark that wells up inside him anytime he sees a basketball. There was this one time that I almost asked him if he regrets not grabbing the ‘mayulu’ opportunity, but what kind of friend does that?

Instead, I’ll ask you, dear reader, did he make the right decision at the time, or was there a way for him to have the best of both worlds?

This then brings us to the next logical question.

Is There a Right Time for Kids?

If you copy the sub-heading above and paste it on Google, you will get millions of results from blogs, polls, scholarly articles as well as research papers.

A closer look and you’ll find some telling you that it’s better to have a kid in your mid-20s, adding that this way you don’t look like a grandpa or grandma on visiting days.

Others will slap you with some science and tell you that kids born of a mother in their early 30s are more likely to become geniuses or something crazier.

While others will take a diplomatic approach and explain why having kids in your late 30s is ideal because it means you have more time for them or something along those lines.

This is why the subject of the ‘right time to have kids can be so confusing at times. You can argue that planning for a kid is the right way to go about it.

Find a man or woman to settle with, date, propose, get married, have kids, and live happily ever after. Is it really that simple?

Take Jimmy as an example, he hadn’t planned to have his baby when he did, but the little girl turned out to be the trigger he needed to build himself up. So, does that make having an unplanned kid at 21 the right time?

Read Also: Money and Me: Is Marrying and Having Kids Early a Good Idea?

Does Having Kids Mean The End?

Back to the question that triggered this entire article.

It may sound mean and unimaginable that someone would actually refer to those sweet little angels as dream killers. However, if you have been around long enough then you can’t deny the fact that some parents make you question whether they deserve that title.

We have infants dumped on the streets, deadbeat dads, and even mums at times. This group cannot be explained in any rational sense as our – and by our I mean most humans, DNA is wired towards protecting young ones.

However, for them, their personal dreams and ambitions take the front seat.

I have friends who are single mums and watching them struggle to play the role of both parents makes me question a lot of things. We should not judge but it is almost impossible not to when you watch your friend shelf her professional ambitions coz she has to raise a kid on her own.

From the moment she found out she was pregnant and then realized that the apple of her eye had gone missing, everything changed. All her finances are now geared toward giving the kid an advantage in life.

This usually means enrolling the kid in a ‘group of schools’ where schools cost 2 kidneys and an arm.

If a Compromise Exists, How Does One Get There?

It’s not all doom and gloom though, I have also seen some of my friends who belong in the single parents' category actually thrive.

They are growing in their respective careers and can afford to have the best help at home. I remember one of them – Let's call her Mary, telling me that having a baby should not mean the end of the world as we know it.

She made a very interesting case.

She told me that chasing her own dreams and realizing her full potential (career-wise) is the only way she knows how to set an example for her kid.

She further argues that killing your own dreams for your kid sets a bad precedent as chances are the kid will emulate you down the line and the cycle of self-pity – as she puts it, will never end.

Can One Wing it in Parenting?

This last category is for people like me who are yet to have kids of their own. Can you simply wing it? Roll the dice and hope for the best.

As idealistic and utopian as it may sound, I don’t think it’s possible. Ask any of your friends who happen to be parents and they’ll tell you one thing – Kids change everything.

From a financial perspective, winging it won’t get you even past the 1st trimester as there are a lot of things and financial responsibilities that go with it.

This is why books like ‘What to Expect When You’re Expecting’ are best-sellers. It needs preparation otherwise you risk condemning your heir to the cycle of self-pity and poverty that Mary is always going on and on about.

Read Also: What to Financially Expect When You’re Expecting a Baby

It is important to realize that despite the millions of articles by so-called experts (including yours truly), starting a family doesn't operate on some utopian clock that rings when the ideal time for a  baby comes along.

A lifetime commitment such as parenthood needs forethought and one should resist the burning urge to copy friends or family. There's a myth that if your best friend gets a kid, you have 3 years max before getting one of your own. If you aren't ready, RESIST.

I think I will end it with another question. For any parent reading this, if you had to do it all over again, would you do it the exact same way in terms of the timing of having kids?