Lessons From 2020: Missing Jail by a Whisker in a Money Laundering Scheme 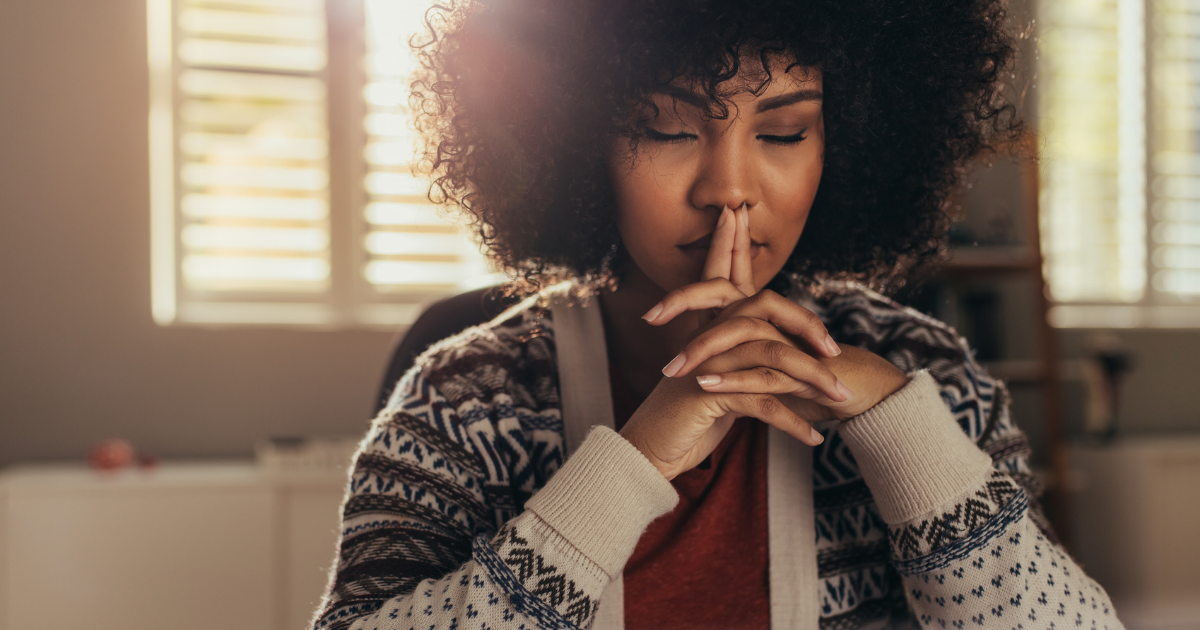 Coming into 2021 was like peeling a fresh layer off an onion. Many of 2020 troubles related to the pandemic shadowed me. I had the indistinct honor of topping a lay-off list, but, thankfully, the firm gave us an handsome send-off package. I decided to make my side hustle to be the main hustle - selling clothes. I leased a stall in a shopping mall, in the Central Business District.

I bought space on social media platforms, and aggressively pushed my brand. I made inroads. I would import stock in bulk from Turkey, China and the UK. Referrals got me walk-in clients.

Soon, I landed a foreigner, as a client. The dude seemed quite regular - you'd think he's a Rift Valley native. He sought Turkish blazers. After a bit of chitchat, he let's go that he's a Mali national. They have an accent, somewhat. He confides to falling for the Kenyan vibe, the country, and he's processing documents to stay longer. I didn't prod. It's rude. That first day, he bought assorted stuff, worth plus Ksh50,000.

I was ecstatic. I almost called my former boss, thanking him for sending me home.

A week later, the Mali national came shopping again. Jeans, sneakers, polo shirts - say, close to Ksh60,000. I'd pour libation to my ancestors on every drink I took that week. Over a six-week, period, the guy would come in close to five times.

One day, I was hanging out with a friend at a mall along Thika Road, in one of those open-air aisle cafes. It's pretty expensive, but, hey, life is for the living. My friend, Kim, worked in real estate. By sheer luck, or so it seemed, the Mali national waltzes by flanked by two ladies. He's in casual shorts and flops, like he's stepping out for a packet of breakfast milk. He spots me, and seems overjoyed. He hands a card to the ladies - asks them to find him here, after shopping.

Introductions kick in. I tell him Kim works in real estate. The better, he says, as since he'd like to settle in Kenya once his paperwork is in order, he'd been thinking of buying a house. They exchange contacts.

For a month or so, we forget about it. Meanwhile, the Mali guy would be sending the ladies we saw at the mall - and they'd shop like life depended on it. My business was booming. I started thinking of opening another branch downtown.

Out of the blue, one evening, the Mali guy calls Kim. We are walking the streets, killing time as we wait for rush hour bus fares to drop. We are sampling 'Smokie Pasua' - that Kenyan street delicacy.

He tells Kim, that there's an apartment he was scheduled to view the following day. He had, however, thought he'd give Kim a chance for business, since he looked like a 'pretty decent guy', and that he's done some business with me. If I had needed a kidney that evening, Kim would have gladly ripped it out, veins and all.

Kim is quick on his feet. In between mouthfuls of Kachumbari and Smokie-pasua, he says his firm has an apartment on sale in Kilimani, going for something like Ksh26M. No problem, says the Mali guy - and, he'd like to view it.

The following day, we pick a cab to Kilimani. It's a fancy townhouse, with all the ceramic fiddles that'd add it up to Ksh26M. The client likes it. He video calls his lady companions - we could hear shrieks of joy.

...But There's a 'Small Technicality'

The Mali guy gets down to business. He tells Kim his paperwork is still dragging - oh, the people at the offices need some token, blah blah. As such, he'd been unable to open an account in a local bank. So, if Kim wills it - he'd ask his associates abroad to wire the money directly to Kim's account. Kim nods in agreement - and writes up the bank details on a piece of napkin. He's in a bit of daze.

The following day, the Mali guy calls Kim, and serves a new shocker. He says he'd asked his associates to wire in an amount over and above the cost of the house. He'd decided to buy two new cars. One for himself, the other for his partners. The money was to be Ksh52M. Kim was supposed to clear cost of the house, the cars and give him the balance in batches.

Besides, there were the commissions. Kim would earn a cool Ksh2.6M as commission from his firm, and a similar amount from the house owner. The Mali guy didn't forget me. He insisted that I accept Ksh3M for my 'networking problems' - you know, hooking him up with such a cool guy.

After a week, the money is wired into Kim's account, from three different banks in Dubai, Egypt and Senegal. No kidding. We read and re-read the bank's notification message close to a hundred times. We did screenshots. Kim's account balance had sprung from Ksh2.45 to Ksh52M! It was surreal.

Just to be sure, Kim did a test withdrawal, for Ksh20,000. The money was really in his account!

Kim and I rolled into town. Time to party! I remember checking out chic travel destinations to Zanzibar, accommodation and flight prices. That Friday night, we partied upmarket, paying top dollar for tiny, coloured drinks with little plastic umbrellas. Sometime in the night, the Mali guy asks to meet on the following Monday to 'finish business'.

On the Monday morning, I didn't go to my stall. I joined Kim, for a short cab ride to the bank. It's also uncanny, but all the offices we needed were in one mall. The bank, Kim's firm had a branch, and a car dealership. Ok. We'd make millions in commissions, we'd even stopped taking Matatu's.

As we rode the lift to the banking hall on 2nd floor - my dad starts calling. I had promised to send him some fees for a veterinary visit, that morning. I mute his calls, a few times. As the lift opened, Kim asks me to take the calls - I'd meet him inside. He'd be quick. He was to make small commitment money transfers to both firms - for the house, and cars. Not a big deal.

Dad's calls aren't brief, and lacks a specific conversational point. He's full of tales. He's all up in everyone's business. The call took close to fifteen minutes. I was itching to get into the bank, and ask for my commission.

As I entered the bank, I see a group of burly men in sharp suits emerging from an inner room. Kim is in the middle of the group, HANDCUFFED! They are in a hurry. Other clients in the bank's lobby stand up in amazement. I join them. I could hear whispers of 'Huyo ni mwizi sugu...'

Kim is whisked into a waiting hatchback. I could do nothing, at the time. I couldn't follow them, I was too shocked. I tried calling the Mali guy - he was off - and the service dial back tagged that line as non-existent.

Later on, I came to learn that the money wired to Kim's account had been stolen across the globe. He was just an unlucky pawn in the money laundering game.

I switched off my phone, and disappeared upcountry for a month. Kim's extended family pooled resources, raised Ksh500,000 as cash bail for poor Kim. However, so unlucky, Kim was re-arrested in Tanzania six months later where he'd gone into hiding after twice absconding court dates.

The year 2020 has been full of lessons. In business, and in inter-personal relationships.

A new business takes time to grow. Be patient. When a deal is too good, think twice. There's always a price to pay for taking financial shortcuts. Be wary of business deals or partners without proper documentation.

The friends and associates we relate with - especially in business circles - may just be in it for the opportunities to make profits off you. The misery this may cause, is not a concern to them.

As we roll into 2022, be on the look out for legit business opportunities, and seek gradual but consistent growth. 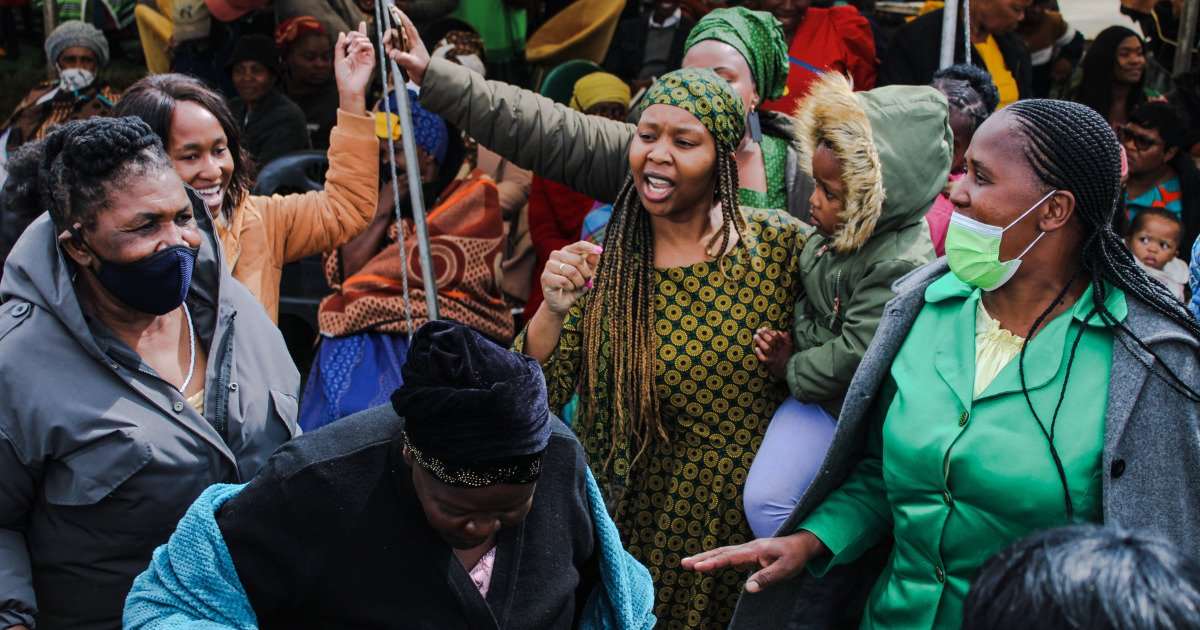