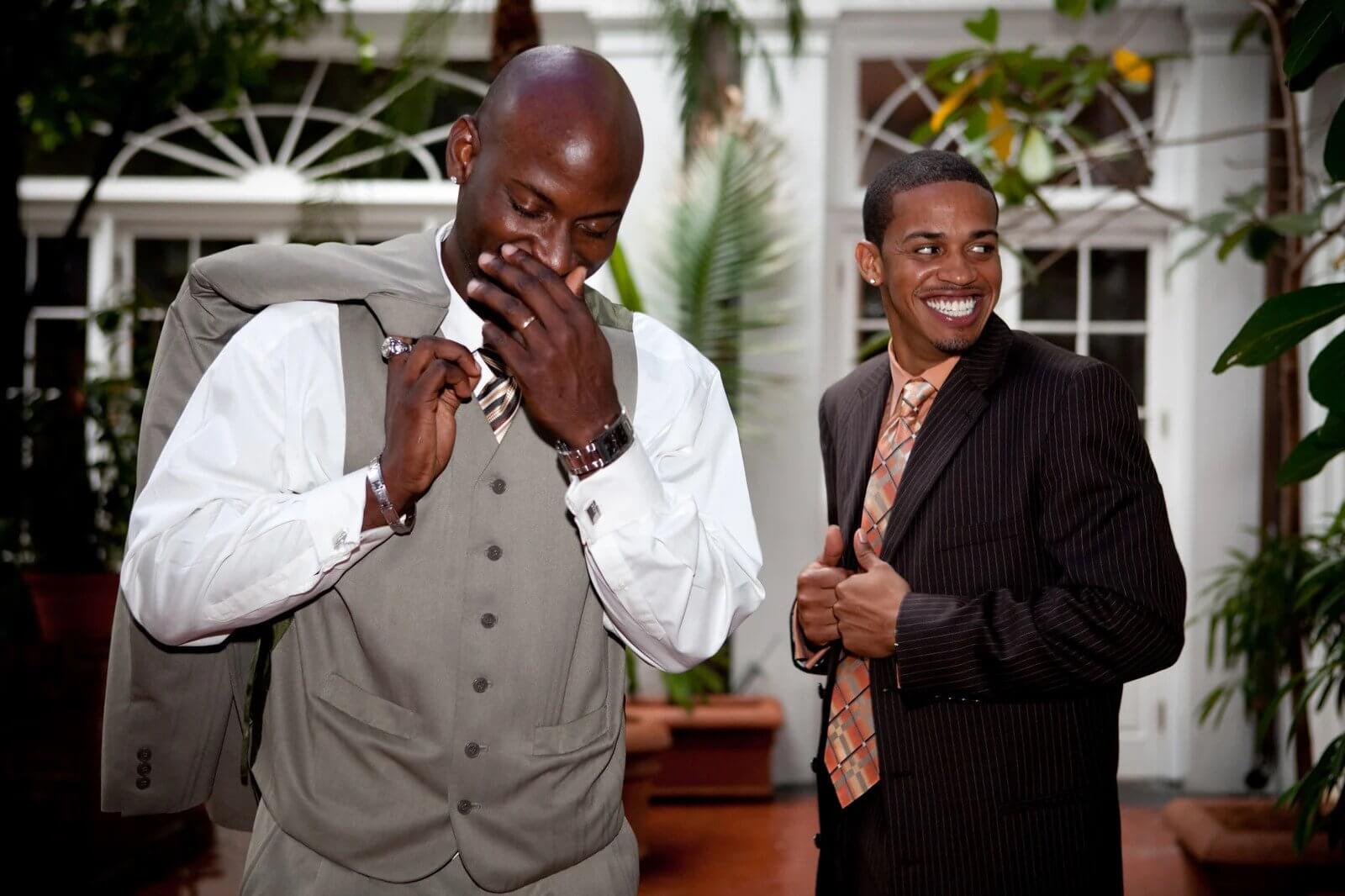 We all have that one friend who seems to have figured ‘it’ out. Despite being our peer, the kind of friend I’m talking about appears to have ‘hacked life’. In my case, that friend is Ken.

Having known each other since our teenage years of reckless abandon, Ken soon took up the role of the brother I never had. ‘Brothers in crime’ we used to call ourselves – not that we were criminals, it  just sounded cool in the mind of two teens looking to carve out their place in the world.

Ken was a salesman from the get go.

There was no situation he couldn’t get himself or us out of using his exceptional gift of gab. I was more reserved, mostly obsessed with scheming and laying out plans for all our activities.

As fate would have it, we both grew into our roles with Ken landing a sales job at a leading insurance firm. However, it took me a little longer to land my first gig which involved balancing the books of a certain Patel (not his real name) who owned a string of hotels in the city.

By the time I got my first salary, and was consequently ready to help the government offset its debt to China, Ken was already a car owner.

I remember calling him up to plan a meet to celebrate my newfound fortune only for him to turn up in a conversation-starting car.

The schemer plus accountant in me just had to ask how he could afford that beauty. A salesman’s salary was not the answer I was expecting. I knew he made commissions off his sales but the time-span between him getting a job and the car just didn’t add up.

“That’s what you get for being the leading salesman for 6 months in a row,” he said, just loud enough so that the two beautiful ladies enjoying their cocktails in the table next us could hear….matter of fact one of those ladies would end up as Ken’s fiancee but that is a story for another day.

“Ken niko serious. I need to know how I can also get off these babies,” I said while pointing at the car key he had conveniently positioned at the edge of our table for anyone who looked our way to see. Always the showman.

Yes, he did use his commissions but it was his super-active bank account that eventually convinced his banker that he was credit worthy.

You know the drill. If you consistently fund your account, the bank is more likely to consider you for a loan as compared to an irregular depositor.

Mistake or Self Reward?

Some quick head math and I figured it would take me a million years to get such kind of credit. Patel’s salary was what I’d call sufficient.

Thank God for him because he actually forced me to take up the 50/30/20 rule – 50% was spent on needs like rent, bills and food, 30% was spent on wants such as the occasional designer shirt or cologne, with the remaining 20% directly deposited into my savings account.

This was the only way I could survive in the unforgiving concrete jungle called Nairobi. Trust me. Before coming across this particular finance management tool, my salary used to ‘disappear’ on the very first weekend.

The accountant in me had to say something and I did.

“Would you term the car as an asset?” I asked. In retrospect, maybe my question came out wrong. I was worried about some of the decisions he was making but questioning him on the same must have been screaming ‘jealousy’ from where he stood.

The good thing is that we were practically brothers and we didn’t have a taboo topic. He came clean on the terms of his loan, which I then told him felt steep.

“What if for some unforeseen reason, you lose your job? How will you service the loan?” I asked.

“That’s where YOU come in,” he joked, or at least I thought he was joking.

“You worry too much,” he added. Live a little. It’s important kujirudishia mkono,” he added while signaling our waiter for another drink.

That was Ken for you. The very definition of a man who lived for today and today only.

After two and a half years, Ken lost his job. Something about mass layoffs and the firm needed to restructure was the summary of the letter he received.

It was all part of his own journey and having known him since our teens, I just knew that Ken would soon talk his way into another job. I just didn’t know the new job would involve me.

Two months after losing his job, Ken called me up for a meet… “I need your opinion on something,” he said when he called to set up the mkutano.

He drove in but the swagger and bounce in his step was no longer there. Tiny creases in neat rows were now part and parcel of his forehead.

“Are you ok?” Was the first thing I asked.

“Not really, bank inanikimbiza but I’ll be alright, I have a plan. This is why I actually called you up.

“I want to start my own company,” he said.

The puzzled look on my face must have triggered him as he then went on to explain in detail.

Apparently, some former colleague of his had introduced him to a ‘friend’ who had serious connections across some of the country's biggest firms.

“I just need one tender to come through and that should kick-start things for me. However, it also means I could spend the next few months without a steady income,” he explained.

I could see where he was headed from miles away. I was ok with it.

“I can’t help you na mambo ya gari. I’m sorry but you made the bed so itabidi you just bite the bullet. However, I like the supplies business proposition and when you land a gig, just holla and I will find a way to finance it,” I said.

And just like that, our friendship birthed business that would go on to hand us a most painful lesson in character development. A business that shook our brotherhood to the very core...I’ll tell you all about it next time if you’d like to hear about it.

If you fail to plan, you plan to fail. This may be the most cliché statement on the planet but it is also very accurate.

During his YOLO (You Only Live Once) days, Ken had gone from a one-bedroom house in Umoja estate, to the leafy suburbs of Thindigua where his 3-bedroom apartment cost an arm, a leg and two kidneys.

Now here we were, in the very apartment taking photos of his most prized possessions to post for sale online. He had decided to do this to raise funds for our new venture as we both had to chip in equal sums as start-up capital.

He also needed the money to get the ‘wolves’ off his back. He had accrued so much debt over such a short period of time that I just couldn’t help but tease him as we snapped away.

For some reason, he never borrowed from me. To this day I don’t know why but he never did.

Some of the items brought in good money but the process was just too slow. To speed things up, we had no choice but to court the infamous second-hand store owners. If you have never needed to sell your precious households to a second-hand household dealer, then you have not seen true disappointment yet.

These guys can really, really drive a hard bargain, I kid you not. He sold everything, from his two-door fridge, to his king-size bed. Everything was sold off at prices that could bring a man to tears.

As you’ve probably gathered by now. Ken moved into my apartment in Donholm...something that my girlfriend wasn’t too pleased about at the time. ‘This is my brother’ was all I said.

I also ended up taking up his car loan obligations as he only had a few months left to clear his balance. I told you he was a smooth salesman. The deal was that the conversation-starting-car was now as much mine as it was his.

By this time, he had used up all his savings - if we can call it that. Like I said, he was more of a here and now kind of person.

However, Ken was not the type of person to wallow in self pity. He went to town each day without fail for the next year or so in a bid to secure a single tender.

And he finally did.

I can still remember the look on his face that evening. He looked like a kid who had just discovered chocolate.

“Nimewahi,” was all he said in between some crazy dance moves and jumps.

He had bagged a whale of Moby Dick proportions. A deal that could set us up for the next decade, if we played our cards right.

Next week, in Part II of this two-part series, I will tell you about this deal, a deal that would blow through our brotherhood like a tidal wave, destroying everything in its path. It came with a lesson of its own, friends and biashara is a potent mixture.

There’s nothing as humbling as hitting it big only to end up having to sell everything you own just to stay afloat.