Money & Me: An Unforgettable Budget Holiday 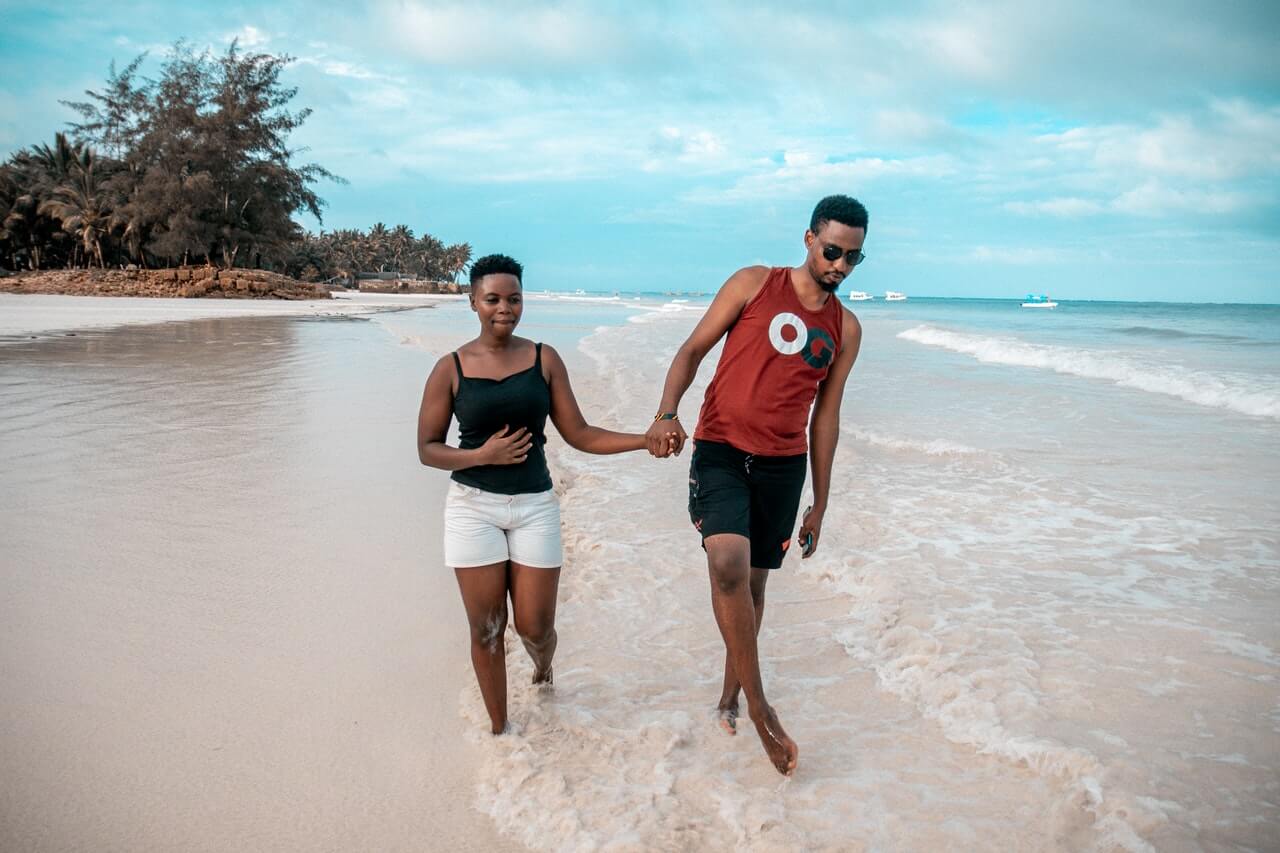 I recently came across some photos from back in the day that could land me in trouble with my significant other.

I had finally gotten around to rearranging my workspace, after procrastinating for over a year and that was where I found it.

A dusty brown box with a white sticker label that read ‘Watamu’.

Two sneezes and a cough later, the cardboard box finally gave way and I found myself taking a trip down memory lane.

Back to a time when hugging wasn’t a recipe for the apocalypse. A time when ‘goldie’ - my black Suzuki Swift, still had my birth name on its logbook.

Come to think of it, the old, printed photos that had stopped my ‘project rearrange my workspace’ had been taken exactly 2 years ago.

Yes. I still print my photos…I am old.

Anyway, the missus and I had been looking to take a holiday, but for some reason or the other, we just didn’t seem to find the time.

Always busy trying to build our futures that stopping to smell the roses was pure fiction.

Despite diligently making deposits to our special holiday savings account, we never really got around to it.

She just woke up one Thursday morning and said she was tired and that was the end. Something had to be done.

I didn’t tell her that I had also been battling a serious bout of writer’s block (Yep…this thing is very real), and that I needed a getaway as badly as she did.

You don’t pass up opportunities to impress your missus, that would be plain selfish.

That was why I told her that I’d take her on a holiday that very night.

“Anything for my queen,” I added.

“Are you high,” she said amid a hearty laughter that turned into disbelief the moment she realised that I wasn’t kidding.

I told her that I already had everything planned out - I didn’t.

She was absolutely right about me and randomness. I like to think of myself as a work in progress…trying to find the best version of myself as the cool kids say.

“Also, I think you should know that the maximum luggage capacity is kitu 300kg,” she gave me that loving shove knowing full well I knew her intimate relationship with a billion bags whenever she travelled.

We left the capital city at 9 p.m. Needless to say, goldie was riding low from all the luggage.

I had spent the entire day researching affordable accommodation in the fine white sandy beaches of Watamu.

This is where I take my hat off to technology and all the convenience it brought into our lives.

On this holiday homes site, you could filter your search results based on how deep your pockets ran…ndovu ni kuu.

From 1k all the way to houses that cost 2 kidneys a night.

I found just what I was looking for closer to the 1k range.

It was a cottage located a stone throw away from the ocean. It had two bedrooms, a balcony, and a swimming pool as well. For just Ksh2,400 a night!

Apparently during the off-peak season, rates are slashed by more than half. This is what I learned after calling the custodian of the place to make my reservation.

I also informed her that we’d be bringing along our own foodstuff and that we’d appreciate it if we could have someone help out in the kitchen for the duration of our stay.

I knew this luggage peddler of mine could whip up a meal fit for a king but holidaying means relaxing, not balancing onion tears.

That is how we ended up at one of the most serene locations in Watamu. A true gem.

Now, just in case I say something about the place that the owners don’t like, let’s just say the place went by the name ‘Breezy’… I’m not exactly ‘lawsuit rich’... yet.

The place was even prettier than advertised.

A huge hand carved mahogany door ushered us into a mazeras-laden path.

To our right was the row of cottages that screamed Swahili architecture.

The makuti roofing completed the look.

“Are you planning to stay for longer”? Our friendly custodian asked when we finally got around to ferrying our luggage from goldie to the cottage on the farthest end of the compound, right next to the pool.

I gave my luggage peddler a look to say…see what shame you bring upon us. She just giggled. She was smitten by the place, and so was I.

The rooms were HUGE… and I mean HUUUGE! It even had a dining table that could accommodate eight people. Talk about value for money.

I made a quick funds transfer from our holiday kitty but was informed that the reservation fee would suffice.

Apparently, accommodation fees are paid at the moment of departure.

Kanairo can make you start doubting everyone. This was new to us, but we obliged.

After a therapeutic shower, some rest and food that had us salivating, we decided to walk around and immerse ourselves in the local culture.

The first thing she noticed was this Italian winery…I kid you not.

From the moment we walked into the place, I knew the budget was about to take a major dent.

For starters, the AC was so crisp it felt like we had walked into Winterfell…a welcome relief from the humid heat. Then there was the attendant.

A chubby balding Italian gentleman who went by the name, Giuseppe.

Lastly was the racks and racks of wine tucked away horizontally in these little wooden shelves that had some sort of backlighting which made the place look like the starship enterprise.

Our budget was definitely about to take some sort of beating…or so I thought.

I was grateful part of my budget had this huge sub-header that read ‘her miscellaneous’.

It is very important to know your person inside out, mine has expensive taste and all my budgets are made in line with this. We’ve been through the gutter together so, if I can afford it without having to borrow money or peddle my kidney on the dark web, then I’ll get it for her.

I was surprised when the wine ended up as much cheaper than what I usually got in the capital city. Giuseppe shipped it directly from his dad’s vineyard in the Tuscan hills I soon learned.

“Hey Giuseppe, do you know the story of Corleone’s son”? I asked with a smirk on my face.

The missus knew what was coming and just started shaking her palm-covered face as if to say…please don’t share your lame joke again.

Giuseppe said he didn’t. That was my cue.

“Big time gangster Don Vito Corleone picked up his son Santino after his annual exams. 'How was it?' he asked.

'They questioned me for three hours, papa. But I told them nothing.'

Giuseppe laughed so hard I thought he was about to have a brain aneurysm…my work here was done.

We said our goodbyes and promised to visit again soon…Giuseppe couldn’t help but hug his favorite comedian.

That’s when she walked in.

“Babe. I see you’re still re-arranging your workspace,” the sarcasm in her voice was unmistakable.

As I said earlier, this photo would land me in trouble. I needed to deflect.

“Do you remember Giuseppe”? I asked while holding out the holiday photo.

Her smile was also unmistakable.

It’s been two years of toiling and saving, maybe we should go for another random trip is what I’m thinking.

Oooh, I almost forgot…for any curious souls out there. Goldie guzzled Ksh6,600 worth of fuel during the 2019 trip. I really loved that car.