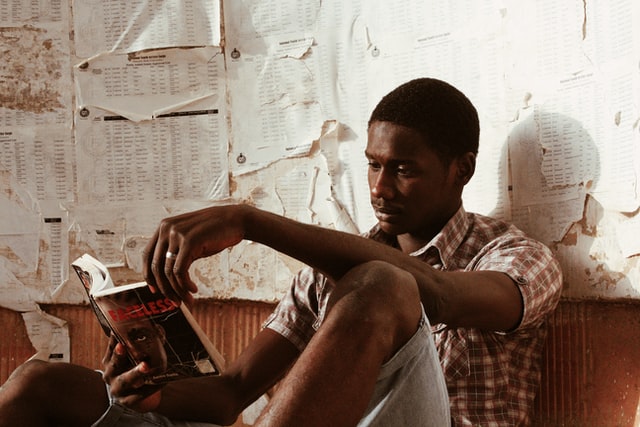 This is my second reveal of the experiment I’ve been carrying out. A practical test to find out if the 50/30/20 budget rule can work on a 50K salary.

My initial attempt after receiving my August 2021 salary was inconclusive. I failed but I also got some invaluable lessons eg. don’t do freestyle shopping...make a list.

My September ‘Corner mwezi’ (the last 3 to 4 days before your salary hits your account) hit hard. Like a tonne of bricks to be honest.

I was down to boiling cereal and garnishing it with some salt and blueband by this point. For some reason, vital household times tend to run out in unison.

For example, the local myth that warns against blurting out sacrilegious statements such as, ‘na hii gas imekawia’, has been proven true by countless Kenyans.

It happened to me as well.

Everything that could run out, ran out.

This led me to make a lot of sober financial decisions in a bid to improve myself, and ensure that my second attempt at trying out the 50/30/20 budget rule would be successful.

The level of clarity one gets when they are broke is simply amazing. Then my September salary hit my account and things got blurry. I started hearing voices in my head – as I mentioned in my previous article.

Just in case you missed the first one, let’s run through a short recap.

This budgeting tool demands that you break your monthly income into three parts namely: Essential/Needs get 50% , Wants take up 30% and finally, savings get the remaining 20%.

According to its proponents, this simple rule can be pretty effective when it comes to improving personal finance management.

However, as my September experience proved, this is much easier said than done as it not only needs monk-like personal discipline, but a lot of sacrifice as well.

It needs you to fight a lot of urges in order to kill certain habits that are hurting your wallet.

According to experts, it takes approximately 21 days to form a habit, and an average of 66 days for a new behavior to become automatic.

Voices in My Head

I was only half way there if the numbers (66) are to be believed. This was why I knew October was going to be an uphill battle.

I started hearing voices in my head the moment I got  that notification on my bank app...your account has been credited ….you know the rest.

There were lots of voices, some asking for a holiday, others demanding a new house, but one particular voice drowned out all the rest.

It kept echoing in my head like a CD on loop...tumia pesa ikuzoee..it said. Over and over again.

Luckily, I had already set up my account in such a way that the 20% (Ksh 10,000) meant for savings was automatically sent where it was supposed to go the moment it hit my current account.

This, in the very least, meant that if I was to somehow fall short of my goals, my savings (which I value above everything else), remained intact.

After successfully battling the thought of moving houses, I went about clearing my needs list.

Having learned my lesson the hard way -due to my crazy shopping spree in September, I made a list this time.

I had also learned the value of having cereals or legumes if you like.

I then made an effort to move around Thika in a bid to make price comparisons, which is why I have never set foot in a supermarket here ever since.

Don’t get me wrong, I have nothing against supermarkets and they do have crazy offers every once in a while.

However, once you find a proper wholesaler you’ll never look back. Everything is cheaper, and I mean everything. From toiletries to unga right down to beans.

After I was done with my eye-opening shopping experience, I had spent Ksh5,800, including my usual Ksh200 tuk tuk ride fee.

This was Ksh2,800 less than I had spent in the previous month. The moment this fact hit me felt really good. I was almost calling up treasury CS Ukur Yattani to find out if I could help out on this China debt thing.

Anyway, the savings made meant I could get my usual groceries without dipping into my wants budget pool.

I won’t lie, having more in my ‘wants’ budget felt really good.

Kurudishia mwili shukran was next on my list and I had Ksh15,000 to throw around during my birthday month.

It was time to call up my friends. One tends to have this innate energy within when you know your finances are in order.

I had always wanted to make it to Kevo’s recently opened pork joint in Buru Buru, but never really got around to it.

This was mainly due to poor financial decisions, now that I think of it. I am the ‘spend like the world is ending tomorrow type’- or rather, I was.

Now I could easily plan for such a trip.

Life has a way of throwing things at you when you least expect it. I had gotten myself some really cool Adidas sneakers (a reward for my newfound financial discipline) at a throwaway price in Gikomba – Ksh600 to be precise. It’s all about how early you can get there is what I learned.

Where was I?…Yes, life throwing things at you when you least expect it.

During my properly planned and budgeted trip to Kevo’s pork joint in mid October, I ran into someone or mutu as the kids refer to a special person these days.

Karen was her name, and she is the reason why I almost had a successful 50/30/20 budget rule experiment.

I decided there and then that I could no longer survive entirely on my salary. It was time to look into complementing it with another revenue stream.

Was she worth it? I’ll tell you all about it next time...I have also discovered a lot of places to go for a date in Nairobi, on a shoestring budget.

Necessity is truly the mother of invention