Pink Tax: The Additional Cost of Being a Woman 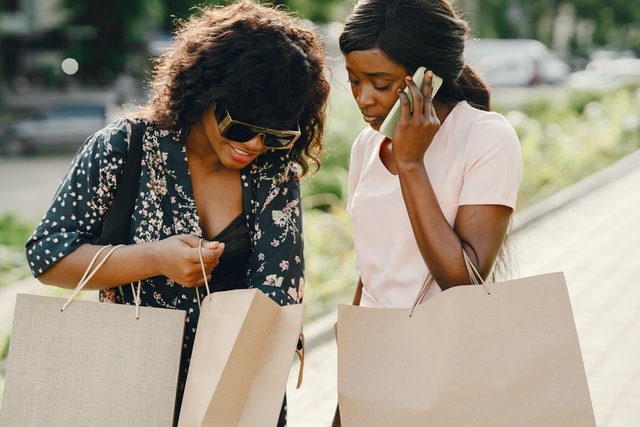 Women typically spend 7% more on most purchases than men, this is according to a 2015 New York City Department of Consumer Affairs study on the cost of being a female consumer.

The disparity in cost is notably obvious in personal care goods such as razors, shampoos, and body washes where women were charged 13% more than men. Gendered pricing, however, still extends beyond personal hygiene to high-ticket items.

For instance, women are more likely than men to be charged more when purchasing homes and automobiles. According to a Stanford University study on race and gender discrimination when bargaining for a car, women are twice as likely as men to receive higher price quotations for used cars and spend an additional 2% on average.

Whether you're making a small purchase or a large financial decision, it's critical to understand what you're paying for and whether you're genuinely getting a good deal.

Let's dive deeper into pink tax, where it affects women the most, and how you can navigate it.

Read Also: How to Financially Prepare for a Child

What is The Pink Tax?

What precisely is the pink tax, and why is it vital to understand it?

There is an exception to this rule when addressing the sales tax levied on feminine hygiene products. This is because they are classified as luxuries rather than necessities, which some argue should not be the case.

Because of the pricing differential, estimates show that women spend $1,351 (approximately Ksh158,607) more every year on the same things as men in the US. This discrepancy is also comparable locally where the same gendered marketing principles apply.

Now that you understand what the pink tax is and whether it exists, let's look at some examples and product categories to see where you're paying more!

According to an analysis of the Medical Expenditure Panel Survey published in 2017, women frequently spend more money on their health than men.

Between the ages of 0 and 16, males and females were found to spend almost the same amount on maintaining their health. However, once women approach reproductive age, the cost rises dramatically.

Childbirth, general reproductive health, prenatal and postnatal care, and, for some women, fertility therapy can be enormously expensive. According to the survey, the discrepancy stays considerable until the late 40s when it shifts to males as they age. Men are more prone to suffer from cardiovascular disease, malignancies, and even knee replacement surgeries than women - studies show.

However, the overall cost of healthcare for women exceeds the premium paid by men.

The pink tax is not just found in retail enterprises. The gender pricing problem also permeates service-based businesses such as dry cleaning and vehicle maintenance.

According to a study conducted by researchers at Northwestern University, women are more likely to be given a higher car repair estimate at the garage. However, the effect in the auto repair industry was less significant when women sounded knowledgeable about their vehicles.

The hygiene aisle, particularly for personal care items such as shampoo, soap, razors, shaving creams, body wash, and deodorant, is where you're most likely to see gender-specific pricing.

Despite the fact that some things are comparable regardless of gender, there are price differences. If you go back to the New York DCA study, you'll discover that the average price of these products for women is sometimes 4% - 48% more, making it one of the most common pink tax situations.

Toys, clothing, and furniture for children

Gender pricing is prevalent even when it comes to children's items despite the fact that parents are the ones who pay for them.

Read Also: What to Financially Expect When You’re Expecting A Baby

According to an Equileap report published in November 2019, women still earn 23% less than men worldwide. As per the same report on gender equality, women in Kenya earn 32% less than men on average, and if current rates of progress continue, pay parity may not be achieved until 2069.

Women have continuously earned less money than men throughout history. They often lag behind men in almost all occupations when it comes to compensation.

In most industries, it has been found that regardless of a similar job description and the same level of qualification, women are likely to be earning less than men.

Read Also: Bet on Yourself: How to Ask for a Salary Raise, Mistakes to Avoid

Buy gender-neutral toys for your kids

Long-term savings can be realised by purchasing gender-neutral toys that are less expensive. You could also consider buying toys from thrift shops to evade the extra costs.

Consider if there is a discernible quality difference between women's products and alternatives for things like razors and hygiene supplies.

Is the "pink" razor more expensive solely because of its colour?

You may feel confident in selecting the less-priced option because, in most circumstances, there is little difference between the gendered product and its more gender-neutral equivalent.

Conduct your own research to find the best deals

The idea is to shop around and compare pricing. If the prices at one store do not suit you, you might look into what their competitors charge.

A price difference of Ksh50 may appear negligible, however, keep in mind that you may need to replace your shampoo or body wash a couple of times in a year. When you consider the numbers, you may be wasting money away that could be used to save up for a future goal.

Read Also: Haggling: How to Bargain for the Best Deals

On car maintenance and repairs

Learning how to change a tyre and do other emergency auto repairs saves you money and gives you the skills to recognise when you are being overcharged at a service centre.

In the field of auto repairs, mortgages, real estate, and the purchase or lease of vehicles knowledge is power.

The more knowledgeable you are, the wiser your decisions and choices will be, especially when it comes to avoiding a pink tax.

Don't Get Ripped Off By the Pink Tax

Recognise that when you buy anything marketed to women, you may only be paying for the packaging. If you want to make a decent purchase, compare prices whenever possible.

Keep in mind that determining how much you are purchasing from the package may be tricky. Even if two things have the same price, one may be more expensive because it includes less of the actual product.

Before buying a large purchase, such as a home or a car, do your homework. Make sure you understand the true cost of the thing you're contemplating and shop around for the best offers.