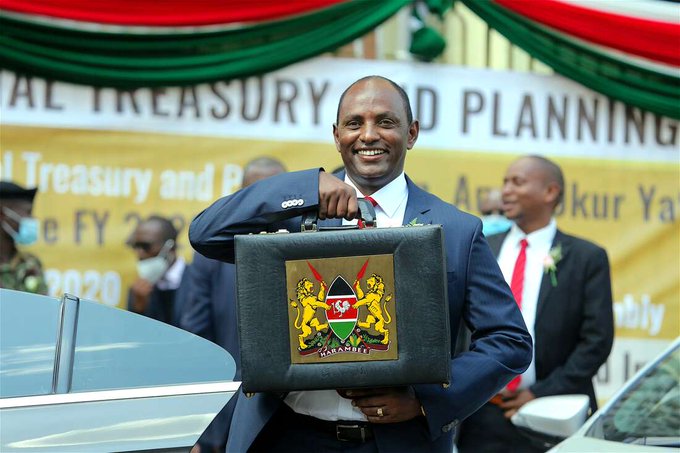 At the World Economic Forum annual meeting in Davos this week, world leaders have warned of a bleak economic outlook. The darkened outlook is driven by multiple threats to the global economy, including soaring inflation, global food insecurity, an energy crisis, squeezed supply chains, and the Russia-Ukraine conflict.

According to the International Monetary Fund (IMF) managing director, Kristalina Georgieva, a global recession “isn’t in the cards, but it doesn’t mean it’s out of the question.”

Back home, there’s still uncertainty over economic recovery, especially with elections around the corner, but there are a couple of things to smile about.

Parliament has shot down a plan to raise taxes on basic commodities, banks registered increased profits over the first quarter, and the government plans to increase fuel and fertiliser subsidies.

Below, let’s look at these and other top stories that will affect your finances over the coming months.

Kenyans have a reason to smile after Members of Parliament shot down a plan by the Treasury to increase taxes on various key commodities.

The Finance and National Planning Committee of the National Assembly rejected several of the proposals contained in the Finance Bill, 2022, which would have made multiple commodities more expensive for Kenyans.

The committee rejected a plan to delete maize flour, wheat flour, and cassava flour from the tax-exempt list, which would have seen these key food items subjected to a 16% tax, potentially pushing them out of reach for low-income families.

The MPs also shot down a plan to raise the excise duty charged on imported motorcycles, claiming that such an increase would make boda bodas – which employ millions of Kenyan youth – more expensive.

The recommendations are now awaiting consideration by the National Assembly as the Finance Bill goes for the second reading.

Government Rolls Out Telemedicine to Improve Healthcare in Remote Areas

The government has announced plans for a digital health platform that will improve access to healthcare in remote areas of the country by allowing for remote diagnosis and treatment. The state has already earmarked some Ksh600 million for the project.

The idea behind the project is to give citizens in remote areas access to skilled healthcare staff over digital communication channels. Through the system, healthcare workers located elsewhere in the country will be able to interact with patients in remote areas, collect patient data, and access critical databases from other platforms.

The Kenya National eHealth Strategy 2011 – 2017 report shows that 80% of skilled healthcare workers serve only 20% of the population. The Ministry of Health hopes to balance this inequity by using teleconsultations and tele referrals to boost access to healthcare workers for people in marginalised areas.

During the reading of the budget in April this year, Treasury CS Ukur Yatani announced a proposal to have businesses and individuals making tax appeals to the High Court deposit 50% of the disputed tax demands before filing their appeal.

However, the Finance and Planning Committee of the National Assembly has shot down the proposal following lobbying by business associations and tax experts. According to those opposing the proposal, such a requirement would affect businesses’ cash flows and make justice unattainable for those unable to raise the funds.

The matter is now awaiting the National Assembly’s consideration as the Finance Bill, 2022, which contains the proposals, goes for the second reading.

The rise in profits has also been driven by increased borrowing by the government due to a huge budget deficit, as well as the cost-cutting measures banks implemented over the last two years to deal with the Covid-19 economic slump.

The Treasury has proposed a Ksh63.9 billion second supplementary budget that it expects to spend on subsidising the cost of fuel and fertilisers and improving security as we head to the August 9th General Election.

According to the supplementary budget, the State plans to spend Ksh37.8 billion to subsidise the cost of fuel up to June 30. Already, the government has spent Ksh15.8 billion on the fuel subsidy between March and April.

The state will also spend another Ksh1 billion on subsidising the cost of fertiliser to avert the looming food crisis in the country. A further Ksh8 billion has been earmarked for road projects, Ksh1 billion for the Inland Container Depot in Naivasha, and Ksh1.4 Billion to boost security in the country ahead of the general election.

The new supplementary budget brings the total increase from the approved 2021/2022 budget to Ksh203.7 billion, a 10.5% increase. According to the Kenyan Constitution, unforeseen expenditure should not exceed 10% of the approved budget.

The SME Access to Financing report by Wylde International, a global consulting firm, shows that 60% of Kenyan small and medium enterprises were denied access to credit over the last three years.

According to the report, the main reason for the inability to access credit was lack of collateral. Other common reasons were low business turnover and limited experience in running the business, particularly for startups.

Some SMEs were also denied loans because they lacked a business permit, could not provide consistent bank statements, or were listed on Credit Reference Bureaus (CRBs).