The Story of General, the Retired Military Peace-keeper living like a Pauper 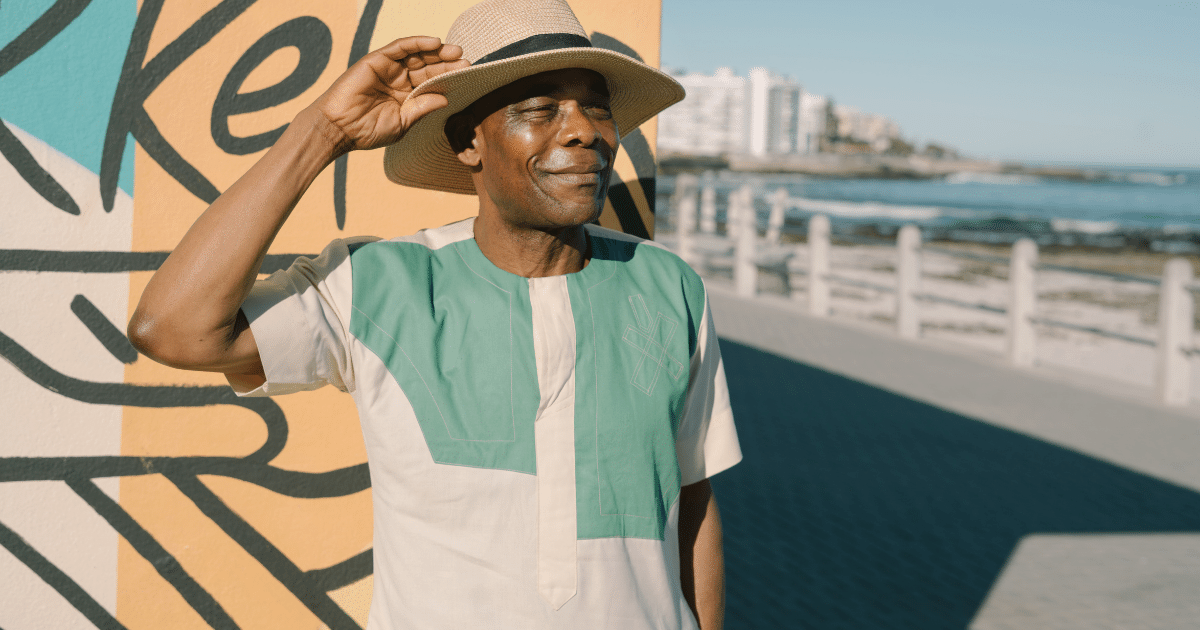 The marketplace is bare, with dusty, windswept walkways. Few shops are open. The owners are drowsy, sheltering from the unrelenting afternoon sun under balconies. At the middle of the square, there's a weathered tree - with a few elderly men huddled over a low table, playing Bao.

Bao is a traditional African game played with marbles on a narrow strip of solid wood hewn with shallow holes. It's quite popular, especially with the senior generation. It's a useful distraction, to while away hot, long afternoon hours.

The board sits across a wooden bench, as is common in village churches. Two men sit astride the bench, with the board between them. Two other men sit on low stools, watching the game. This group is a regular at this spot.

This player rocks a discolored pair of cut-off jeans and plastic flip-flops. He's a Bao-legend. Cunning. Deceptive. This is ‘General’ - a pun, somewhat, as he’d retired as a sergeant.

He’s very popular. War is ugly, but General has romanticized it with grand stories of conquests in battle! He’s been in two peace-keeping missions: Bosnia and Eritrea.

A military job involves constant travel, often long periods spent away from home. It’s the first time General has spent more than a month in his home for the entire duration of his career. The constant travel is all fun, till retirement rolls around. While as a soldier General didn’t suffer for capital, he had very little time to manage his investments.

General’s Income over the Years

As it is, foreign military assignments come with a substantial paycheck. General’s first, was a stint in Bosnia in April 1995. At the time, he’d earn 4 times his Kenyan salary - and, an opportunity to import goods, tax-free. Well, General had imported a brand new Peugeot 504 station wagon. In 1996, this wagon was an icon on Kenyan roads, as a passenger service vehicle (PSV).

On return, General had used his 42-day leave to induct his younger brother - a fresh high school grad - into the forays of the PSV business. At the start, it was awesome. Good returns, no car trouble. He’d return to work, and the downward spiral started. The car troubles started.

His brother would get into bar brawls and run-ins with the police. In less than a month, the 504, as sturdy as their reputation goes - was grounded.

The foreign mission in Eritrea was General’s second. At this time, he had a fiancée expecting their firstborn - but still living in her maternal home. As they waved farewell, General’s burning desire for his family was to build a decent house for his family on his portion of his ancestral land. His father would oversee the construction.

General would return home a year later, to utter shock. He found a shell of brick and mortar. No roofing - yet, he’d transferred close to a million shillings to his father’s account. His fiancée and toddler son were still living in her home. He’d be forced to take a 4-year check-off bank loan to finish the structure.

As General’s retirement date crept home, it took a while to process the benefits. As often happens with retiring soldiers, General had arrived into a deserted home. The constant travel and frequent, extended postings in remote areas had estranged his marriage. His wife had returned to her ancestral home. He’d lost his parents, too.

He’d start from scratch, using savings he had amassed with his employer’s Sacco. That still wasn’t enough to revamp the home. To secure and bribe officials for a connection to the power grid and main water lines supped it up pretty fast. Again, as he had lost touch with the villagers, he suffered heavily - casual labor was expensive.

The retirement lump sum happened. Somehow, it signaled a flurry of long-lost relatives into his home. Suddenly, relatives he hardly remembered were swarming over him with all sorts of requests.

Oh, my son - your namesake - is facing the knife. It’s your responsibility to cater for his transition into manhood.

Oh, General, as the head of this family, call for a get-together. We need a little party to get to know each other.

An ill-informed desire to please relatives and endear self to so-called relatives, general had burnt thousands of shillings.

The never-ending flow of relatives brought with it a stream of enthusiastic advisors. Suddenly, General had a rich catalogue of prospective projects to consider. Naturally, it had to be an agriculture project. All his people had done was grow crops and rear livestock.

General picked up poultry. After all, a ready market or eggs and table birds thrives all year round, right? Plus, how hard can it be looking after chicken?

General spent thousands rigging a state-of-the-art poultry shed, to rear layers. He’d order 1000 day-old chicks from a national breeder. His advisors had conveniently left out the risky aspects of a layers project.

The project needed constant capital influx for 6 months, before any hope for a return on investment. Also, General would painfully realize chicks had a veritable appetite. 1000 chicks was a huge number. Commercial feeds are very expensive. That rapidly ate into his lump sum.

In between, General would counter sporadic disease outbreaks leading to loss of chicks, thieving farm hands hawking off feeds, and unreliable utilities. Power and water supplies would go off without notice.

By the 5th month, General was washed out. Tired and sick of chicken. This was a man who’d spent his entire life totting guns and barking orders.

In the 6th month of maturity, around 700 chicks had survived. General was baffled to realize that only 400 of the layers were productive. The others just couldn’t, or won’t. Yet, they had the similar voracious appetite as the laying chicken!

Turns out, the ‘eggs always have a ready market’ is a painful myth. Most of the eggs ended up with neighbors and relatives.

General’s lump sum disappeared before he could say Abracadabra! All he had coming his way was a pitiful pension.

Money has always been central in our lives.

Its management has often been touted as the 6th sense. Without it, the other five senses are hard-pressed to function well. Here’s how to find the elusive balance, as you pace towards definite retirement:

Oh, did I mention that General has a two-year unbeaten run in the Bao game!