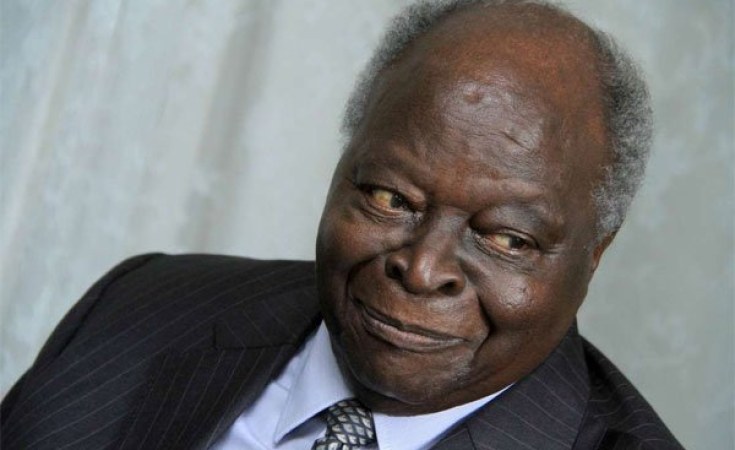 He was not a perfect man, and this is not a piece seeking to eulogise perfection, but rather one that seeks to highlight how his tactics can be used to improve personal financial health.

During my pursuit of a first degree at Makerere University, it was impossible to avoid the legend of Kibaki.

Notably, President Kibaki served as Kenya’s Finance Minister for 14 years during which period he earned the reputation of being one of the most successful ministers of finance in Africa.

This served to equip him with the tools he’d need to improve an economy that was on its deathbed when he took over in 2002. It was the methods he used to do this that we will look at and try to customise them for our own personal finances.

Here are the 5 money lessons that I learned from President Kibaki:

Always Plan For The Future

Kenya recorded one of its highest economic growth rates under Kibaki. This was mostly attributed to his insistence of having a clearly laid out plan, or blueprint if you like.

In 2008, President Mwai Kibaki launched Kenya Vision 2030 as a vehicle for accelerating the transformation of our country into a rapidly industrialising middle-income nation by the year 2030.

The first thing he launched under the Vision 2030 umbrella was the East African Marine System (TEAMS) fibre optic cable which landed in Mombasa, placing Kenya on the superhighway to major technological take-off.

He then moved to governance and law by promulgating the new constitution, before setting his eyes squarely on improving infrastructure. From Thika Superhighway, to revamping the Madaraka Express as well as the SGR – everything was clearly planned out in the Vision 2030 document.

This can be used when it comes to personal finance as well. Setting clear, short, mid and long-term financial goals goes a long way in ensuring sustainable growth.

Experts always point out the importance of having one’s plans written down, as this serves as a reference point once you start ticking on milestones achieved on your journey to financial freedom.

Silent moves make for loud results – This can be argued as the late president’s modus operandi as he rarely looked to cause any kind of ripples when going about his grand plan to transform the country.

He seemed to prefer making moves in the shadows and only surfaced once everything was already in place, always pointing out that the results would speak in his stead.. For example, he publicised his grand plans for Thika superhighway once he had secured all the resources, including funding, as opposed to hyping it up beforehand.

This was one of his favourite moves, with Kenyans going as far as saying that the president just didn’t like talking that much.

When it comes to personal finance, the same principle can be applied to great effect if done correctly.

Regardless of your age, you must have accepted and come to terms with the money truths, so it is time to start getting serious about managing your money and making moves in the ‘shadows’ by: Making a realistic budget, building an emergency fund, saving for retirement now and investing  as soon as possible.

You need not share all your plans or progress on your social media platforms, just keep working on yourself and the results will speak for themselves.

Also Read: How to Behave Rationally With Money - Money Psychology

Surround Yourself With Smarter People

At the start of Kibaki’s reign, Kenya’s Gross Domestic Product according to the World Bank was at $13.2 billion, which rose to $56.4 billion by 2013 when he left office.

It is largely believed that Kibaki made this possible by ensuring his inner circle comprised experts and technocrats who knew how to go about improving a country’s economy.

Individuals such as the late David Mwiraria – who held a master’s degree in Statistics from the Makerere University, served as his Finance Minister and was always by the President’s side.

Notably, Kibaki was also quick to cut off any ‘bad apples’ such as the aforementioned Mwiraria who was forced to resign after being linked to the infamous Anglo-leasing scandal.

Meru County Governor, Kiraitu Murungi, - who holds not one but 2 Master of Law  degrees, one of the University of Nairobi and the other from Harvard Law School was also a prominent member of Kibaki’s inner-circle, serving as the Minister of Justice and Constitutional Affairs, as well as the Minister of Energy.

There is a pattern that can be observed when it comes to Kibaki’s inner-circle, they were all exceptional in their respective fields, which went a long way in helping the late President hit his targets for the country.

This can also be used when it comes to boost one’s financial health and ensuring growth both in the short and long term.

It’s widely known that one of the best ways to improve on any skill is to practice it with someone who’s better than you.

This concept of playing with someone better than you translates nicely to your personal and professional success, which is why it's critical to surround yourself with winners.

The more you know, the more money you can make. Read a book. Attend seminars. Invest in training. Surround yourself with people who are financially savvy. "The most important investment you can make is in yourself," Warren Buffett once said.

Debt Can Be Good if Managed Well

Between 2003 and December 2012, Kibaki increased the size of the Kenyan economy from slightly more than Ksh1 trillion to Ksh6.4 trillion, leaving behind an economy five times larger than when he took office.

His record-breaking path towards boosting the country’s economy was characterised by debt – both domestic and foreign. He zeroed in on some holes in the country’s revenue collection structure and plugged them.

By January 2003, banks were selling loans from street kiosks, and alternative lending to the private sector was propelling the economy to an 8% growth rate by 2010.

His reforms in the revenue collection department also boosted confidence among global lenders who were now willing to fund some of his major development projects, with Kenya having been blacklisted during the previous regime.

The late president showed that debt can be used to spur growth if managed diligently. This applies to personal finance as well.

Beginners confronting their personal finances for the first time perceive debt as a "boogeyman," a villain hovering overhead, attempting to trap people in inescapable cycles of minimum payments and late fees.

Or, at the very least, something to be avoided at all costs. However, we now know that having a healthy amount of debt is almost necessary for growth, but taking on a lot of small debts on a regular basis can be very dangerous to your bottom line.

When we talk about "good debt," we usually mean debt taken on to help advance your future income or increase your net worth. Examples include: Student loans, mortgages etc

Bad debt, on the other hand, is debt that is incurred with no real long-term benefit such as debt for sherehe. The rule of thumb is to eliminate all bad debts.

Read Also: Why Debt is Good For You

Partners Can Be a Great Asset

The late President Kibaki was also famous for collaborating with some of his rivals to ensure his government’s economic development plan stayed on track.

Some of the partnerships (such as his duo-govt with former Prime Minister Raila Odinga) may have been forged on the back of one of Kenya’s darkest hours, but it birthed a period of reconciliation, and growth.

A firm believer in the ‘2 heads are better than one’ mantra, the late president was always open to teaming up in order to achieve set goals.

He not only partnered with individuals, but institutions (such as banks) as well. It was his progressive economic policies (developed under the ambitious economic blueprint) that enabled local banks which had been dwarfed by international banks to sprout into the giant financial institutions they are today.

SACCOs also thrived under his tenure as he was always pushing for a saving and investing culture that was hinged on collaboration.

This can also be employed when it comes to personal financial management. Pooling funds and collaborating in investment projects is always better as it not only spreads risk but also creates a bigger pool of money.

The late President will be remembered for his many achievements, but to me, he will always be Kibaki the economist.