Civil Servants to Get Salary Increase in 100 Days? - Money Weekly 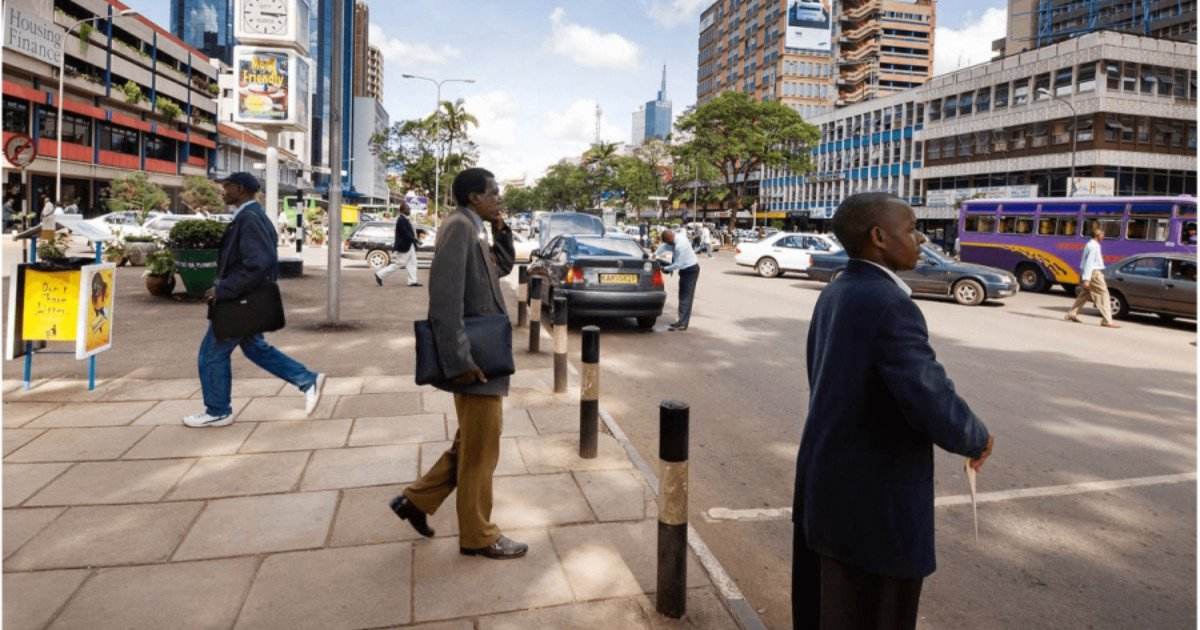 Over the last week, several money-related stories grabbed the headlines with the government's new plan to ban mitumba causing quite a stir.

The latest inflation figures were also published, and they paint a picture of another spike in the cost of living.

Uber and Bolt drivers also recorded a morale-boosting win after staging a protest that crippled Nairobi's taxi market for a day.

For this and more, here's a look at the money news that stood out over the last 7 days, and how it could affect your pocket.

NCBA and Safaricom are in the process of launching a new lending scheme that will see borrowers on their Mshwari platform charged according to their risk worthiness.

According to John  Gachora - NCBA's Chief Executive, the bank has developed a risk rating model that will make borrowing cheaper for some.

The flat rate that is currently charged on all Mshwari borrowing will now be phased out, with the new algorithm that ranks clients based on their past borrowing patterns.

NCBA also made it clear that the new system would be hard on defaulters who take more than 30 days to clear their loans.

The Mshwari platform disbursed Ksh42 billion in loans in the six months to June, compared to Ksh44.8 billion in the same period in 2021.

Speaking during the Changamka Shopping Festival held at KICC on November 1, the Trade, investment, and industry CS Moses Kuria announced that the government was going to prioritise and favour local textile manufacturers over their mitumba counterparts.

He further explained that improving the quality of the local clothing industry and making them more affordable compared to second-hand imports is a plan that they are looking to execute.

Once executed, CS Kuria announced that mitumba would then be banned entirely. He argued that once a cheaper alternative was in place, mitumba would have no place in the Kenyan market.

The announcement caused a stir on social media platforms, with Kenyans revisiting one of Kenya Kwanza's campaign promises in which they made it clear that they would protect the mitumba industry traders.

The mitumba industry has provided a living for approximately 2 million Kenyans. Despite being classified as informal, the industry is a mix of skilled and unskilled labor from various sectors, employing an estimated 10% of the total extended labor force (20,641,175 people) in 2020, according to the Labour Force Survey report.

According to the report Global Production Networks of the Second-Hand Clothing Industry, four out of every five Africans wear second-hand clothing.

Civil Servants to Get Salary Increase in 100 Days?

Public Service, Affirmative Action, and Gender Cabinet Secretary Aisha Jumwa announced that civil servants will get a salary increase in the next 100 days.

The recently sworn-in CS revealed that plans were already underway to set up a technical committee tasked with reviewing and recommending the ideal pay rise for the various cadres of government employees.

Citing the rising cost of living, CS Aisha explained that the move to increase salary would help to motivate what she described as a highly demoralized government workforce.

CS Aisha's announcement comes at a time when President William Ruto has been pushing the National Treasury to slash the budget by Ksh300 billion, a move he argued would help the government contribute to a national savings drive.

On Wednesday, however,  there seemed to be a turn of events when the CS appeared unsure about the proposed plan, saying that she might be forced to shelve it if government funds do not allow due to the difficult economic times.

The President had called for the contribution to switch from Ksh200 to 6% of any worker's gross salary.

As an example, if you have worked for 30 years (grossing Ksh50,000 per month) having paid Ksh200 each month to the fund, the maximum amount you'd get upon retirement is Ksh144,000.

Atwoli backed his move to support the rise in NSSF contribution by pointing toward the inadequacy of the current figure.

Notably, in September 2022, the High Court stopped the government from increasing the compulsory NSSF deductions, citing the lack of public participation as the main reason behind the ruling.

The Capital Markets Authority (CMA) is pushing for the revival of the M-Akiba mobile bond programme that will allow Kenyans to invest in government bonds at a lowered investment minimum.

M-Akiba bond was tried out in April 2017, where the minimum investment figure was set at Ksh3,000. In addition, the process of tapping into the investment opportunity was made easier as it could be done on mobile phone devices.

For context, the government was able to raise Ksh1.04 billion when it rolled out M-Akiba in 2017, with investors earning a coupon rate of 10%, on top of benefiting from the tax-free status attached to infrastructure bonds.

Currently, most Kenyans are locked out from investing in lucrative government bonds as the minimum investment amount is set at Ksh100,000 for infrastructure bonds and Ksh 50,000 for normal bonds.

It is important to note that most Treasury bonds in Kenya are fixed rates, meaning that the interest rate determined at auction is locked in for the entire life of the bond.

Because of the tax benefits, infrastructure bonds are typically oversubscribed. Interest on other government bonds is taxed at a rate ranging from 10% to 15%, depending on the duration.

Kenya's popular taxi-hailing platforms - Uber and Bolt, saw their drivers land a significant win after agreeing to bring the commission rate down from 25% (Uber) and 20% (Bolt) to 18%.

This effectively guarantees that drivers on the apps will bring in more money at the end of the day.

The decision to review the commission rate came after the drivers staged a protest that crippled the taxi-hailing platform's operations in Nairobi on Thursday, October 27, 2022.

Extra earnings for the drivers come at a time when they have been struggling to keep up with the rising cost of living in Kenya, characterized by high fuel prices with a litre of petrol currently retailing at Ksh178.30 in Nairobi.

In September 2022, Uber appealed to the Supreme Court to annul the new digital taxi-hailing regulations that had proposed bringing down the commission to 18%.

Through its lawyers - Coulson Harney LLP, Uber argued that setting the commission at 18% would stifle innovation and potentially make their investment in the Kenyan market unviable.

Food Prices Rise At an All-time High in October

According to data from the Central Bank of Kenya (CBK), changes in food prices or food inflation were 15.8% in October 2022. This is the highest rate of food inflation from the CBK's available database.

Wheat flour had the highest annual increase during the month, at 40.8%, ahead of sugar, cooking oil, and sifted maize flour.

According to the CBK, food products represent approximately one-third of most household budgets in Kenya.

CPI measures the percentage change in the price of a basket of goods and services consumed by households.

Telco giant Safaricom held talks with the Central Bank of Kenya (CBK) in a bid to have bank-to-mobile money charges reinstated.

Following the outbreak of the Covid-19 pandemic in Kenya, the government instituted the abolition of these fees as a way to cushion Kenyans from the harsh economic realities.

It was also done to push more Kenyans into embracing e-banking as a means to limit movement thereby curbing the spread of the virus.

Safaricom CEO Peter Ndegwa told the media that although it was pushing to have the charges brought back, they were also looking at bringing the rates down.

Ndegwa has since affirmed that the waiver of fees resulted in a significant increase in the amount transferred from bank to wallet and wallet to bank.

From January 2023, Facebook will begin relying on Credit Reference Bureaus' data to create profiles of traders using its platforms.

Under the new directive, some advertisers will be required to make advance payments for Facebook and Instagram advertisements, to curb the rate of defaults.

The CRB checks will assist the social media giant in monitoring an advertiser's creditworthiness before categorizing them.

As it currently stands, Facebook recoups money from advertisers after 30 days, with data showing that many traders have failed to pay within the time frame despite running promotions on the platforms.

Meta Platforms Inc - the firm that owns Facebook, WhatsApp, and Instagram, also included a new provision in its Terms & Conditions column that allows them to share information with tax and investigative authorities including the Kenya Revenue Authority (KRA).

This will be a significant boost for the taxman who has recently increased surveillance of Kenyans displaying extravagant lifestyles on social media.