Does Money Make You Behave Irrationally? Find Out Why - Money Psychology 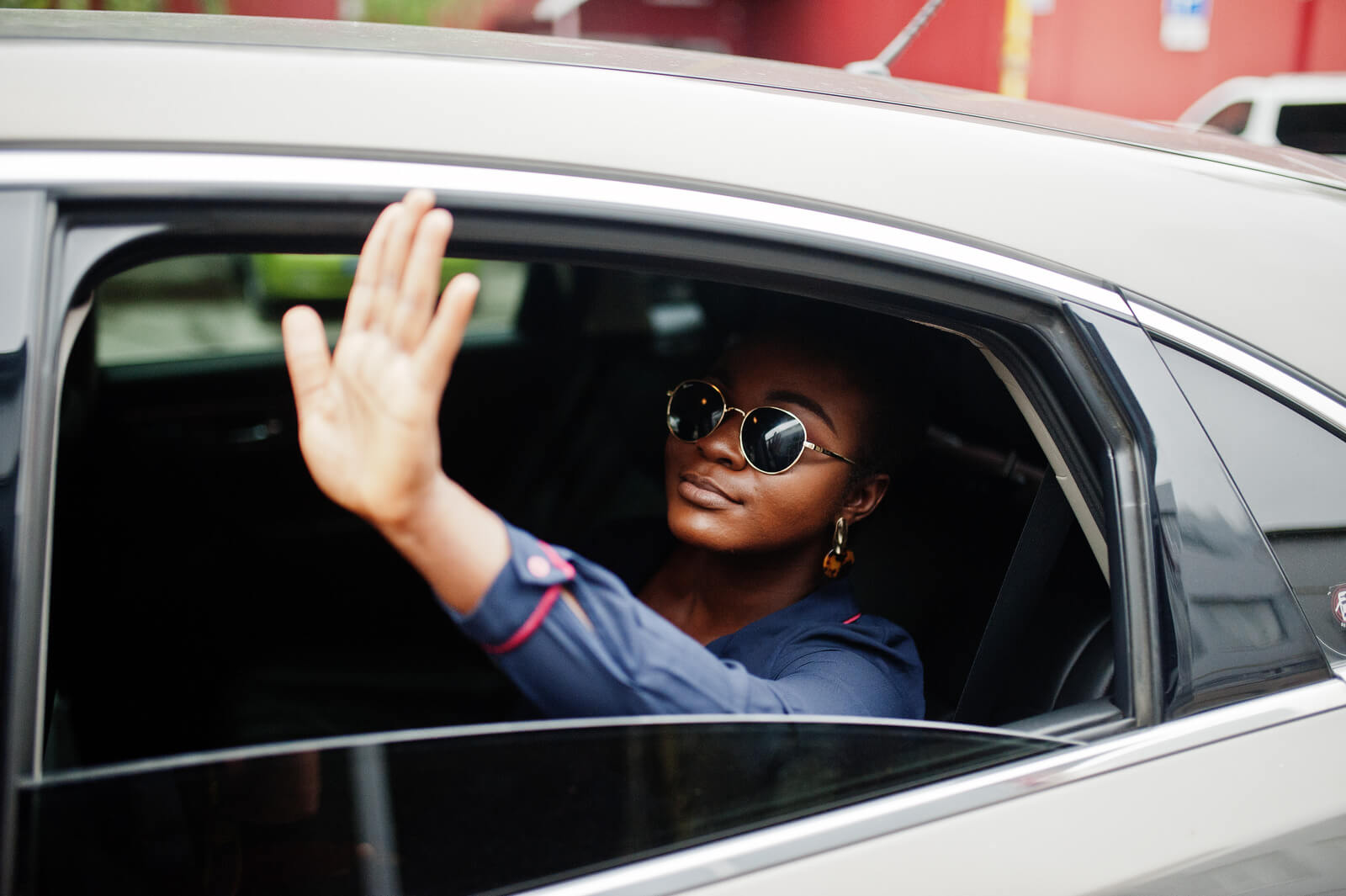 People's ideas and actions can be profoundly influenced by wealth and inequality in ways that we aren't even aware of, according to psychologists who study the topic.

A lot of the current study on wealth is based on income, work position, or socioeconomic factors including educational achievement and intergenerational wealth.

In fact, there has been a joke going around that God gives people money so that their true character hidden by poverty can come out…

All the same, our self-interest drives us to make decisions when we have money, according to many people. A growing body of research indicates, however, that money has the opposite effect, leading to drug-like states of mind and decisions that are anything but reasonable.

There's no denying that when it comes to money, some of us act strangely. For instance, sometimes when it comes to paying the bill, friends we thought we know transform into strangers. When loans are not repaid on time, families are torn apart.

Is it our approach, or money, that's to blame for our bizarre behaviour? Both, according to the most recent findings in the field. In the area of money, we may have inclinations and biases, but this does not exclude us from being aware of these tendencies and making adjustments to our behaviour.

Can Money Change a Person's Behaviour?

No matter how well-off we are, money has the power to influence our thoughts and actions in ways that we are often unaware of, regardless of our financial situation.

Despite the fact that wealth is inherently subjective, the majority of current research measures it in terms of income, job status, or other socioeconomic circumstances, such as educational attainment and the wealth passed down through the generations.

Research has shown that wealth may conflict with empathy and compassion, according to several studies. According to a study published in the journal, Psychological Science, people from lower socioeconomic backgrounds are better able to read others' facial expressions, which is an important indicator of empathy.

Michael Kraus, an Associate Professor of Organisational Behaviour, notes that a lot of what we see is a baseline orientation for the lower class to be more empathetic and the upper class to be less so.

He adds that environments in the lower classes are very different from those in the upper classes. Individuals in the lower socioeconomic strata must constantly guard against a variety of dangers and threats. It's important to rely on others so they can alert you to social threats or opportunities, and this makes you more aware of your own emotions."

Our moral judgement can be clouded by the influence of money on our lives. Even the thought of it can lead to bad behaviour, according to this study. Researchers from Harvard and the David Eccles School of Business found that people are more likely to lie or make immoral decisions if they are exposed to money-related language.

People are more likely to act unethically when "primed" with money. When confronted with the concept of money, we appear to adopt a "business decision frame," in which we focus solely on weighing the costs and benefits of various options, putting self-interest above all else.

There is also the possibility that the mere mention of money elicits strong, previously learned emotional responses in people. Studies show that it is possible to have a drug-like addiction to money and the pursuit of its acquisition.

Scientists theorise that these urges may be primitive, or rooted in an ancestral need for food that still drives us today. When we're in the presence of aromatic foods, we tend to be more frugal. A modern derivative of the human desire for food, say the study's authors, "is the desire for money."

In other words, money isn't the root of the problem. The compulsive need for money, according to psychologist Tian Dayton, falls under the category of "behavioural addictions," which are distinct from substance abuse.

Your Mind and Your Cash

To be sure, fear of losing money has been connected with the amygdala, the part of the brain responsible for processing fast emotional responses.

According to a study published in PNAS in 2010, patients with a rare genetic disease in which the amygdala is impaired showed virtually no aversion to financial loss, which was in stark contrast to the control group.

For the first time, "Monetary loss aversion" has been studied in behavioural economics, says lead researcher Benedetto de Martino. Taking these findings to heart, it appears that the amygdala is a key player in our tendency to overreact when faced with risky decisions. The amygdala's role in fear and anxiety is similar to this one, so it's possible they're related.

At the same time, although not directly, acquiring money activates our reward system. What psychologists call a "secondary reward," money is actually more valuable because of what it can buy us - primary rewards such as food, fast cars, and iPads etc.

Our built-in cognitive biases also cause us to think and act irrationally when it comes to money.

In comparison to any other machine, the human brain can perform 1016 operations per second.

Daniel Kahneman and Amos Tversky were pioneers in the field of behavioural economics, which they founded over three decades ago. In 2002, Daniel Kahneman was awarded the Nobel Prize in Economics for his work demonstrating how humans routinely "disappear from basic principles of probability." He demonstrated that having a lot of money can lead to sloppy thinking and bad decisions.

For example, he came to the realisation that our reactions to gains and losses are diametrically opposed. More than the pleasure of a gain, it hurts to lose. In fact, he went so far as to figure out the exact magnitude of the disparity.

In today's economy, I'd feel the pinch of a Ksh1000 loss. However, to make up for the Ksh1000 I've lost, I'd need to find at least Ksh2000 tomorrow. Loss aversion is a term coined by behavioural economists to describe this phenomenon, and it has the potential to have far-reaching consequences.

Even the mere mention of money has the power to make us different. When we're reminded of money and wealth, our social skills actually deteriorate, and this is true whether we're aware of it or not.

It has been shown that people who are exposed to money become less helpful than those without it, as seen in marketing professor Kathleen Vohs’ 2006 study. Using Monopoly money as a test subject, she discovered that the mere mention of money heightened participants' desire for self-determination.

Vohs also found that people prefer solitary activities and less physical intimacy when they are in a money-minded state.

Reminding people of money, on the other hand, can have a positive effect. When money is on the line, people are more willing to take on more work and put in more effort on difficult tasks.

Vohs' experiments showed that money reminders can boost individual performance, but at the expense of social skills.

However, this does not imply that those who engage in this type of behaviour are necessarily selfish.

"A selfish person likely would have immediately asked for help when given a tough assignment...and would have rejected the notion of accepting more work than was necessary," Vohs explains.

Money Isn't the Only Way to Happiness

Wealthier adults in a study reported less ability to savour food, according to the findings (the ability to enhance and prolong positive emotional experience). Furthermore, the positive effects of money on happiness were undermined by the negative impact it has on people's ability to savour.

When offered a piece of chocolate, those who are reminded of their poverty have a harder time appreciating the sweetness. Having access to the best things in life can actually make it harder to enjoy the little things in life, according to this theory.

It's not immediately obvious how we should approach this thing called money, given money's often detrimental effect on our cognitive reward system and our ability to be rational, productive, and good people.

As a result, Elizabeth Dunn's paper, "If money doesn't make you happy, then you probably aren't spending it right," proposes eight principles that will help consumers get more happiness for their money.

1.       Spend more money on experiences rather than things.

3.      A few small indulgences are preferable to a few large ones.

5.      Consumption should be postponed as much as possible.

6.     It's also a good idea to think about how the extras you buy will affect your daily routine.

7.      Be always aware of the pitfalls of comparison shopping

8.     Consider others' well-being as an important factor in your own happiness.