Everything That Has Become Expensive in Kenya Since Ukraine-Russia War 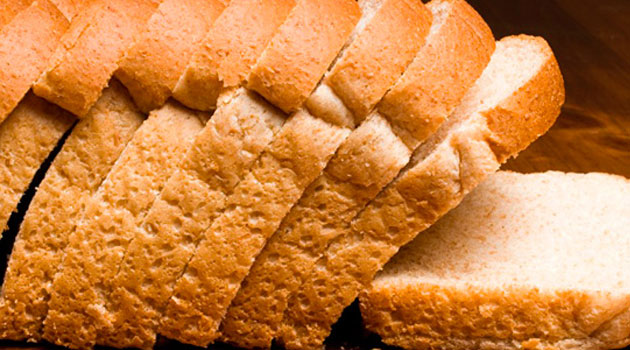 Kenya finds itself in danger of skyrocketing food prices following the Ukraine-Russia conflict. Having barely survived the adverse economic impact of the Covid-19 pandemic, Kenyans are now facing one of the toughest periods in the country’s history.

Both Ukraine and Russia are major trading partners with Kenya, with wheat the major commodity. These two countries combined produce 30% of the world’s wheat.

According to the Kenya National Bureau of Statistics (KNBS), Wheat is the third most consumed food commodity in Kenya, making the latest price hike in wheat flour and bread a painful one for Kenyans.

The 800g loaf of bread now costs Ksh30 more than it did barely 5 months ago, with the 2kg packet of wheat flour now up by at least Ksh40 at all major retail outlets.

What is even more worrying is the fact that Russia is the world’s leading fertilizer producer and exporter. This paints a grim picture for Kenyans as the country is predominantly dependent on agriculture as the major economic activity.

The Domino Effect of Ukraine-Russia Conflict

The disruption of the fertilizer supply chain could potentially hit Kenyan farmers hard as well as lead to a drop in the country’s food supply.

As happens when the market forces of demand and supply are in play, a sharp drop in the supply of any given commodity – coupled with ever-increasing demand, would lead to an increase in its price.

This can be seen in the recent tripling in the price of a commodity that is used in most households in Kenya, cooking oil.

Before the conflict in Europe, manufacturers bought palm oil (the main raw material used to make cooking oil), at Ksh168,578 per tonne. This was more than double the market price pre-covid.

However, the Ukraine-Russia conflict has only exacerbated the situation, with a tonne of palm oil now going for Ksh225,522.

This has now gone to Ksh 5,100 following the conflict in Europe and the economic shock it has caused by disrupting entire supply chains. Ukraine, which accounts for 76 percent of global sunflower exports has cut its supplies.

The shortage in palm oil as well as sunflowers, and the subsequent hike in cooking oil prices are expected to have a domino effect on other food items, further hurting the pockets of Kenyans.

Notably, Kenya – as well as other nations, have now turned to Indonesia to try and plug the palm oil gap. However, this has resulted in Indonesia enforcing a 20% retention of all planned oil exports to be sold in their local market in a bid to control the prices and protect its own citizens from the effects of the disrupted market.

Kenyan households are also bracing for an expected surge in energy costs. The Russian invasion of Ukraine has fanned a surge in oil prices which is expected to have a ripple effect on transport, electricity, and manufactured goods.

In the oil industry, an oil barrel is defined as 42 US gallons, which is about 159 litres. A single barrel of crude oil - once it has been refined - can yield a large number of different, useful petroleum products such as gasoline, asphalt, and propane

It is important to note that Russia is the world’s third-largest oil producer, and the ongoing conflict has led to a huge decrease in Russian oil from the world market.

For Kenyans, this translates to an expected increase in the prices of almost all household items, as such a major disruption in the energy sector cuts across every sector of the economy.

A few months ago refilling a 6kg gas cylinder was about Ksh850. Today, this has gone up to Ksh1,500 leading to large-scale online protests.

Already reeling from the economic impact of Covid-19, Kenyans recently teamed up and called on the national government to take action following the major surge in food prices.

Using #lowerfoodprices, Kenyans took to social media to express their concerns on the worrying trend that has emptied the pockets of countless citizens.

Users shared photos of shopping receipts which evidenced the doubling and in some instances tripling of prices of some household goods.

Higher taxes and increased cost of production (which has even grown worse since the Ukraine-Russia conflict) have been blamed for the surge in prices.

Data from KNBS showed that between February 2021 and February 2022, food prices increased by a whopping 8.69%.

As an example, a 2kg packet of maize flour (a firm fixture in almost all Kenyan households), retailed at Ksh118 in February 2021, rising to Ksh129 just a year later.

Food inflation in January was 9 percent, which meant that many Kenyans struggled to put food on the table.

The burden is even greater for poorer households, where food accounts for approximately 36% of total spending.

On the other hand, Kenya has been exporting tea, flowers, coffee, and fruits to Russia. The escalation of the conflict in Europe has derailed this particular undertaking as sanctions against Putin’s Russia were effected.

This has in turn greatly affected local farmers, as the exports to Russia are estimated to be worth Ksh10 billion annually.

Is the Conflict to Blame?

It is important to note that the rise in living costs in Kenya can be attributed to a combination of both external and domestic factors.

Pressure from the International Monetary Fund (IMF), has pushed the national government to raise taxes on common household items such as cooking gas, fuel, and food.

As an example, for many years, no Value Added Tax (VAT) was levied on cooking gas, but this changed when a levy of 16% was imposed in July 2021.

In the short term, the government may be able to provide some relief by lowering the VAT on common household items such as cooking gas, cooking oil, and food.

To protect Kenyans, the national government is already drawing on a subsidy scheme to compensate oil marketers for increases in petroleum prices.

The World Bank predicts that the country's economy will grow by 5% in 2022, but Kenyans want to feel the growth on a more personal level.

In addition, the ongoing Ukraine-Russia conflict has cast further doubt on the World Bank prediction following a major disruption in the global supply chain once again, barely months since the coronavirus pandemic threatened to usher in a global economic recession.