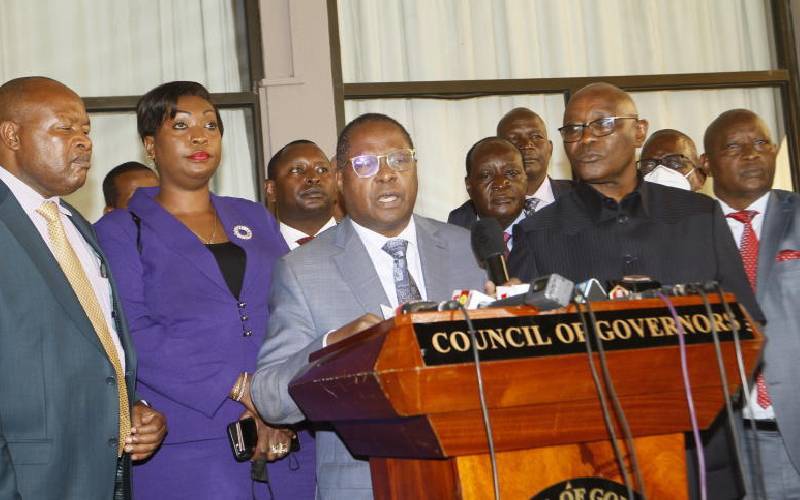 A lot has happened in Kenya’s money and finance world over the last seven days, with speculation that fuel prices could soon go past the Ksh200 mark key among the topics discussed.

Unga prices also went down theoretically, went up and then went down again over the week, causing confusion among consumers and vendors alike.

It is probably retiring governors and their deputies who made the second-biggest headlines after they revealed their fresh demands from the taxpayer.

As is the norm every Thursday, let’s take a look at what happened in Kenya over the last week, and what it means for your pocket.

Unga Price - Down or Up?

On July 20, 2022, President Uhuru Kenyatta finally put the question of subsidisation of maize flour prices to bed by giving a directive that will see the commodity retail at Ksh 100 for a 2kg packet down from a high of about Ksh220.

Addressing the nation from State House Nairobi, the President stated that the directive was part of his government’s 5th stimulus package.

He further explained that the subsidy was the result of a deal struck between the government and maize millers registered with the Agricultural Food Authority after days of negotiations.

In the deal, the import declaration fee (IDF) and the railway development levy on all imported maize was suspended, resulting in the lowering of unga prices.

Spot checks by several media houses and Kenyans on social media revealed that some leading supermarkets were already selling a 2kg packet of maize flour at the newly recommended price (Ksh 100), as of Wednesday January 20, 2022.

The cost of cooking gas is set to fall marginally following the enactment of the Finance Act 2022, which reduced the value-added tax on LPG from 16% to 8%, providing much-needed relief to households of consumers for whom LPG gas was getting out of reach.

He explained that because the authority does not regulate cooking gas prices, dealers are free to set their own prices based on market dynamics.

The IMF included this conditionality under the 38-month budget support scheme in the list of reforms attached to a loan package worth Ksh270.2 billion.

On its part, Kenya via Treasury Cabinet Secretary – Ukur Yatani and CBK Governor Patrick Njoroge asked for a period extension.

“We request the establishment of new structural benchmarks including the complete review of how the pricing mechanism has been applied to date and publicly announce and constitute a taskforce to oversee the progressive elimination of the fuel subsidy within the first half of FY 2022/23 and to ensure that fuel pricing actions are at all times aligned to the approved budget,” reads an excerpt from their letter to the IMF.

The World Bank and the IMF have gained more influence in government policy after Kenya sought concessional loans from the multilateral institutions in the aftermath of the Covid-19 pandemic.

According to IMF estimates, the fuel subsidy has eaten up an estimated 0.5% of Kenya's GDP since July 2021.

Retiring governors and their deputies are on a collision course with the Salaries and Remuneration Commission (SRC) following their push for a lifetime pension with hefty perks.

In a petition filed through the Council of Governors (CoG), the County heads are demanding similar send-off packages like retired Presidents, Deputy Presidents, Chief Justices and Speakers of Parliament.

They want a monthly pension of Ksh 739,200 for governors and Ksh 700,000 for deputy governors for the rest of their lives.

This would be in addition to a lump sum payment equivalent to one-year pay, a 3,000cc four-wheel-drive vehicle, fuel allowance, a driver, personal assistant and medical cover for local and overseas treatment.

The Governors want a lifetime fuel allowance paid at 10% of their monthly salary,  which translates to about Ksh665,000 annually.

They also want taxpayers to maintain their vehicles at Ksh200,000 per year, and cater for the salaries of their personal assistant, and driver.

According to the SRC, this would cost taxpayers more than Ksh2.3 billion a year.

On its part, the SRC argued that granting such packages to all departing governors now and in the future may open the door to more unsustainable demands.

The matter is set to be heard and determined at the High Court.

Kenyan government suppliers are set to file a class action suit over arrears of more than Ksh574 billion pending bills.

They are worried that the new government will not pay old bills when it comes into office after the August 9, 2022 election.

The class action suit would pave the way for a tribunal to investigate the issue of pending bills, which has caused many small businesses to face cash flow problems.

The government suppliers have also called on the President to set up a commission of inquiry to look into all pending bills and determine how they will be paid.

Experts opine that the settlement pace is still too slow to ease liquidity constraints faced by suppliers, which then threatens to drive them into bankruptcy, or increase their likelihood of defaulting on loans.

The goal of Kenya's mobile money service platform interoperability is to allow Kenyans to make direct mobile money payments to any merchant Pay Bill Number and Merchant Tills from any network, thereby increasing the adoption and convenience of cashless payments.

This proposition is also in line with the principles of the National Payments Strategy, 2022 – 2025, which was launched by the Central Bank of Kenya in February 2022.

Plans are also underway to ensure that from 2024, mobile phone users will be able to deposit and withdraw cash from any agent irrespective of the network they are on.

Trade agreements between Kenya and the United States of America (USA) could now be contingent on the Kenya Revenue Authority (KRA) agreeing to spy on American businesses and investors for money laundering and tax evasion.

US President Joe Biden and his administration wants Kenya to uphold a 2014 agreement that mandates the exchange of data on tax evasion involving US companies or investors engaged in trade with America.

This agreement was signed in Washington on August 6, 2014, during the Barack Obama administration while President Uhuru Kenyatta was serving his first term.

If enacted, the taxman will be required to gather and share data on goods shipment, bank records, and income declarations, as well as to permit its employees to testify in US courtrooms.

The Biden administration expects the KRA to alert it on firms that under-declare tax, especially custom duties. It should also inform Washington of firms whose actions could damage America’s public health, economy, security or other vital interests.

Through the Africa Growth and Opportunity Act (Agoa), a trade preference program for sub-Saharan African countries, Kenya has significant duty-free access to the US market. However, the Agoa programme expires in September 2025.

On the other hand, the US shipped Ksh 67.3 billion worth of goods to Kenya, the majority of which were wheat, plastics, and machinery, over the same period.

Kenyan homeowners who have listed property on the Airbnb app have been experiencing drastically reduced bookings following a decision to ban parties in rental properties listed on the app.

The home-sharing company had earlier in the year (June) announced that it would permanently prohibit disruptive parties and events.

Now Kenyan renters are concerned that the permanent ban will drive away customers who want to enjoy gatherings involving the sharing of drinks and drive them to hotels.

This is because such indoor parties have turned into a trend in the country as a result of the pandemic.

The closure of many nightlife venues meant that more people turned to Airbnb to host events and parties.

On its part, Airbnb argued that the new and long-term no party policy was enacted to help encourage and support community safety.

“Guests who are reported for throwing a disruptive party or violating our rules on gatherings of more than 16 people are subject to suspension or removal from Airbnb’s platform,” Airbnb stated.

The three-month-long 100% HELB loan penalty waiver has collected a record Ksh559.72 million bringing the total loan recoveries for June 2022 to Ksh5.2 billion, the highest the loans board has ever collected.

The board acknowledged that unemployment and underemployment as well as a challenging environment for loanees to start and run businesses, has affected Helb loan repayment.

National Treasury Cabinet secretary Ukur Yatani has dismissed an IMF report published over the last week which claimed that Kenya’s business environment is the second worst in the world after Colombia.

CS Yatani maintained that Kenya continues to be an appealing destination for investors looking to establish regional and pan-African operations.

In its report, the IMF had attributed the country’s business uncertainty to the rising political temperatures ahead of the general elections set for August 9, 2022.

According to the report, most investors are concerned about a possible outbreak of war following the elections.

This has since been rebutted by the Treasury CS, who further stated that the government had put in place sound policies that have seen Foreign Direct Investments (FDI) in Kenya grow annually by 32.4%.

He further revealed that despite volatility in global microeconomics, the government was implementing appropriate policies to ensure stability.