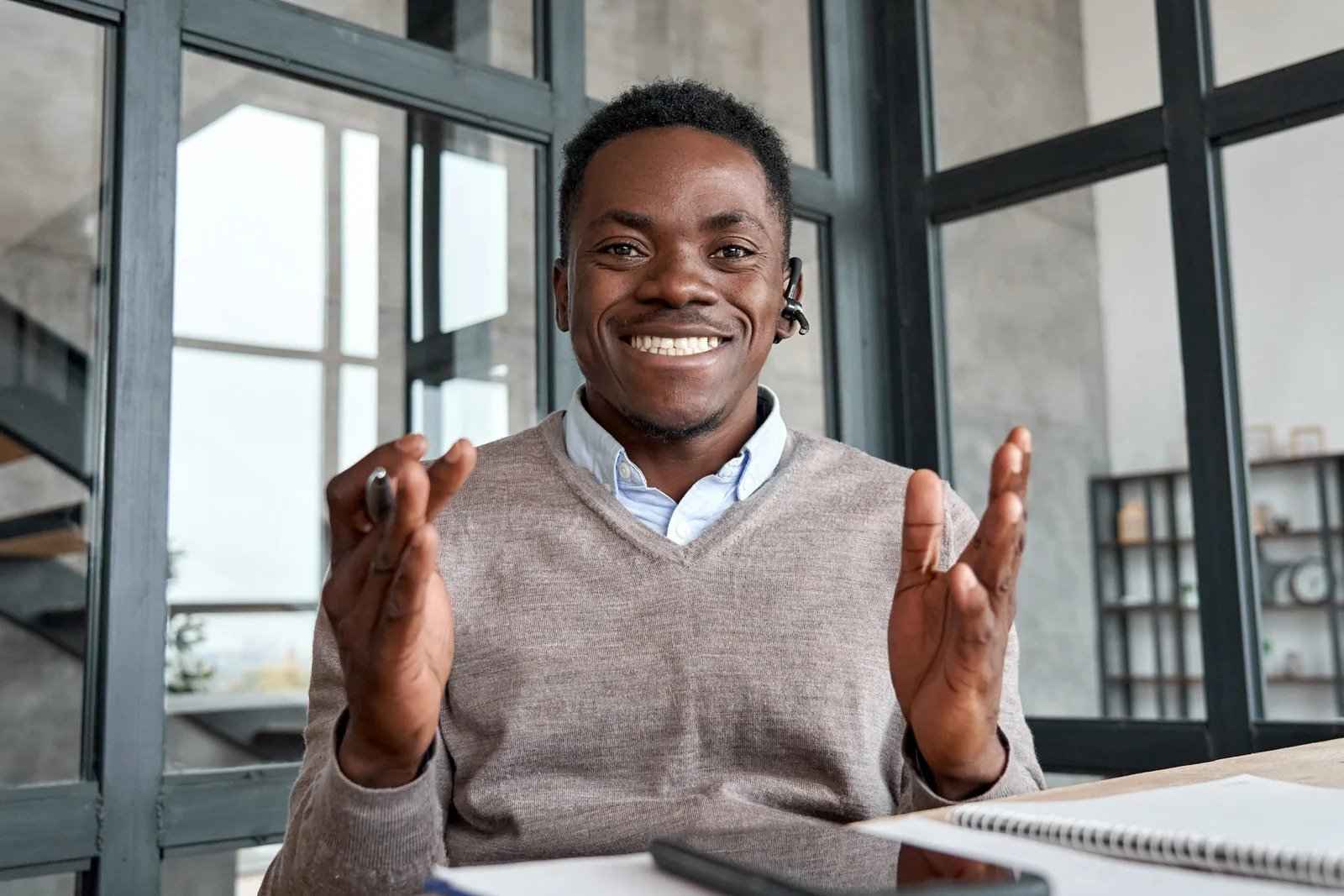 About a week or so ago, news broke that a certain Kenyan lady on Facebook had made away with Ksh12 million from several chamas.

The figure is not consistent but it has been proven that women lost millions across multiple chamas where the accused was a regular. According to several narratives from victims, the accused had been a diligent and disciplined contributor, very friendly and charming, until she wasn’t and that’s how they lost their savings.

The Facebook chama scam joins a list of countless schemes that have left Kenyans high and dry over the last decade or so. Remember the Amazon web worker scandal?

Kenyans had invested millions on the online app after being promised returns as high as 38.5% in 7 days, only to wake up one day to find the app had been deleted from Google Play Store without any official communication.

From fake gold, to the infamous Tinder swindler, con artists have been making a killing, leaving stunned victims in their wake.

There is a general perception that fraud victims are weak and gullible. Is this true beyond all reasonable doubt, or can research and science prove otherwise.

Are there patterns that can be observed across multiple victims that could help explain why they fell victim to fraud, and if so, what lessons can be learned from them?

Robert Cialdini – a psychology professor, believes that there is a science to the con game that fraudsters can use on anyone.

He has gone on to write a detailed book titled Influence, The Psychology of Persuasion, which can be used to explain why grown, intelligent and sober men/women can still fall prey to con artists.

Cialdini argues that many of these crimes occur not because of technology loops but because of the human element. He believes that people can easily be manipulated through social engineering – the use of psychological tactics to influence individuals to assist in their own victimization.

Following years of experimental social psychology research, Cialdini found that although there are thousands of different tactics that compliance practitioners employ to produce ‘yes’, the majority fall within six basic categories.

Each of these categories is governed by a fundamental psychological principle that directs human behavior and, in so doing, gives the tactics their power.

The categories or principles of persuasion were identified as: reciprocity, social proof, scarcity, commitment and consistency, and liking

You are Going to be Conned Through…

The rule of reciprocity states that we should try to repay, in kind, what another person has provided us. This simple rule is so widespread that after intensive study, sociologists such as Alvin Gouldner report that there is no human society that does not subscribe to it.

This rule can be exploited by one who recognises it as the source of influence that it is. It is such a powerful psychological tool that Financial Industry Regulatory Authority (FINRA) - a private American corporation that acts as a self-regulatory organization, released a 90-second video informing investors about a very common red flag of fraud ‘reciprocity’.

This idea is frequently used by fraudsters to entice investors with "deals" in the hopes that they will repay the favor by making investments.

While this may seem like a good deal, remember to do some research before you invest. Examples include a sales pitch like "Because you're such a good friend... I'll give you a big break on commission."

Where all think alike, no one thinks very much — Walter Lippmann

The principle of social proof. It states that one means we use to determine what is correct is to find out what other people think is correct. “We view a behavior as more correct in a given situation to the degree that we see others performing it.”

Usually, when a lot of people are doing something, it is the right thing to do. This feature of the principle of social proof is both its major strength and its major weakness.

Smart con artists know this rule well, especially when it comes to elaborate scams like Ponzi schemes. People trust brands that other people recommend (even if those other people are complete strangers).

This could explain the rapid rise of shady businesses buying fake social proof as a means to an end. It has nowadays become very easy to get fake likes, follows or even testimonials and reviews for a small fee. This can quickly earn a scammer the impression that they are genuine and even more credible than other players in the same market when in truth, they are a scam.

If he/she has 100k followers, then they must be legit is our first line of thought. That is the power of the principle of social proof and it can be easily used to dupe anyone.

Overcoming it means looking beyond the shiny portfolio and carrying out critical examination before any kind of commitment or investment.

The way to love anything is to realise that it might be lost. — G. K. Chesterton

This has to be one of the oldest tricks in the book, but it is somehow still as effective when it comes to the art of the con.

Human decision-making is heavily influenced by the concept of potential loss.

The most straightforward use of the scarcity principle occurs in the “limited-number” tactic. Here, the customer is told that a certain product is in short supply that cannot be guaranteed to last long.

Related to the limited-number technique is the “deadline” tactic, whereby some official (fictional) time limit is placed on the customer’s opportunity to get what the fraudster is offering.

The Amazon Web Worker scandal we mentioned earlier in the article is a good example of how this simple principle was used to con unwitting Kenyans.

The fraudsters attempted to persuade victims to indulge in the app that would allow them to make thousands of dollars per month without much effort. The scam used numerous social-engineering techniques, with the scarcity principle key among them.

They were duped into thinking they would be part of an exclusive club and missing out on it was simply unimaginable.

The act of limiting access to a message causes individuals to want to receive it more. In other words, the forbidden fruit tastes sweeter.

Now that you are aware of this, take a pause and critically examine any deals that come your way. Ignore the ticking clock.

It is easier to resist at the beginning than at the end. — Leonardo Da Vinci

A study carried out by Canadian psychologists unearthed something fascinating about people at the racetrack:

"Just after placing a bet, they are much more confident of their horse’s chances of winning than they are immediately before laying down that bet."

Although puzzling at first glance, the reason behind it falls under Cialdini’s other principle of social influence. He argues that humans have a nearly obsessive desire to be – and appear, consistent with what they have already done.

Psychologists have long understood the power of the consistency principle to direct human action. Prominent theorists such as Leon Festinger, Fritz Hieder, and Theodore Newcomb have viewed the desire for consistency as a central motivator of our behavior.

In general, people appreciate consistency in others. By getting someone to make an initial, frequently modest commitment, fraudsters can take advantage of the desire for consistency.

Then, requests that adhere to this initial commitment can be made. People also have a strong desire to uphold their promises by offering additional justification and arguments in support of them.

The initial commitment is the key to using the concepts of commitment and consistency to manipulate others. That is, people are more likely to agree to requests that are consistent with their prior commitment

None of you would be surprised to learn that as a rule, we are more likely to say yes to the request of someone we know and like.

What might be disturbing to note, however, is that this simple rule can be used in hundreds of ways by total strangers and fraudsters to get us to comply with their requests.

When it comes to shady multi-level marketing schemes, this principle works like magic.

The key to the success of this method is that each new prospect is visited by a salesperson armed with the name of a friend “who suggested I call you.” And just like that, you open up yourself to a well laid out plan to leave you balancing premium tears.

Conversely, if people want to be liked, they will also say “yes”.  This is usually exploited by cybercrime artists who target new employees with a fake email from HR, eager to please and to be liked in the new work environment, they more often than not fall for such phishing scams.

That’s why it is so important to be alert to a sense of undue liking for a suspicious character. The recognition of that feeling can serve as a reminder to separate the dealer from the merits of the deal and to make our decision based on facts and not warm fuzzy feelings about someone.

As has been illustrated in detail above, it is not only the old, lonely or greedy individuals who can fall victim to fraud.

It is vital that we become aware of the psychological aspect of the con game as this equips us with the knowledge needed to counter these powerful tools.