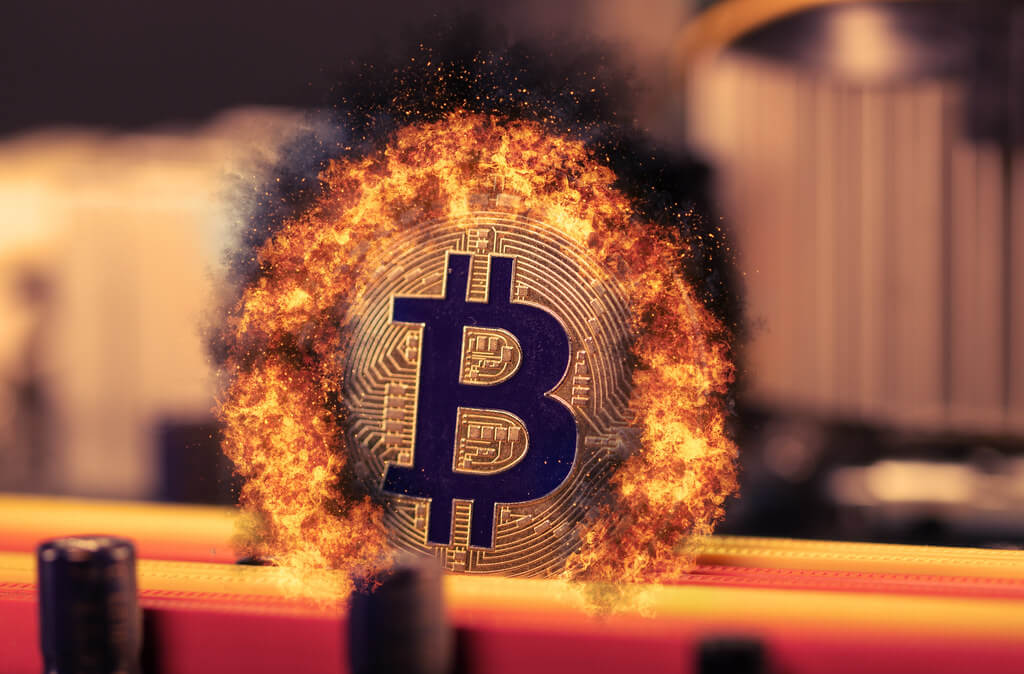 Many young and tech-savvy Kenyans have been turning to crypto-assets to grow their wealth and hedge against the inflation of the Kenya shilling.

The last week, however, has been a tough one for crypto investors, with all major cryptocurrencies shedding value. Some cryptocurrencies lost as much as 99% of their value in less than a week, wiping billions of dollars from investors’ portfolios.

In this week’s edition of money weekly, we take a look at what has been happening in the crypto markets, as well as other significant money news from the past seven days.

A crash in the crypto markets has left investors counting losses, with some even losing their entire life savings.

Bitcoin is not the only cryptocurrency experiencing a bearish run. Ethereum, the second-largest cryptocurrency by market cap, went down from a high of $4,800 (Ksh557,000 at current rates) in November last year to a low of $1,884 (Ksh218,700) today. Most of the other popular cryptocurrencies have experienced similar declines.

One cryptocurrency, in particular, Terra (LUNA), lost over 98% in value within 24 hours, wiping out the entire fortunes of investors who had put their money into the cryptocurrency. After hitting a high of $120 (Ksh13,900) last month, the price of a unit of LUNA fell below $1 (Ksh116) yesterday. Investors who had put their life savings in LUNA have now been left with nothing.

The crash in crypto markets has been attributed to the back-to-back interest rate hikes by the US Federal Reserve, geopolitical concerns such as the Russia-Ukraine war, and the fears of an oncoming global recession. These factors have made investors risk averse, lessening the demand for speculative assets like Bitcoin and other cryptocurrencies.

KRA to Nab Tax Cheats by Snooping On Your WhatsApp Chats

The Kenya Revenue Authority (KRA) plans to set up an advanced digital forensic lab that will allow it to detect financial and tax fraud by mining data from taxpayers’ computers and mobile phones.

According to the KRA’s newly formed intelligence management division, a digital forensic lab is necessary as most Kenyan businesses have shifted to online transactions and electronic record-keeping.

The agency will use the digital lab to help them discover, acquire, extract, analyse and store electronic evidence, including emails, text messages, and image, audio, and video files, to help with investigations into tax-related crimes. Such electronic evidence will help the taxman reconstruct transactions and provide insights into these crimes.

Data released by the Kenya National Bureau of Statistics’ 2022 Economic Survey shows that the value of mobile transactions in the country grew to Ksh15.3 trillion in 2021 from Ksh9.392 trillion in 2020, a 63.2% increase. This is an indicator of the increasing use of mobile money over cash transactions.

In the same period, the number of mobile money agents increased from 264,390 to 292,302, driven by the push for banks to reach their customers through more brick and mortar outlets.

Safaricom Records A 1.7% Drop in Profits

Safaricom’s net earnings for the year ended March 2022, which included its Ethiopian operations for the first time, dropped by 1.7% to Ksh67.49 billion ($581 million). This is the second time in a row that Safaricom has posted a decrease in profits after recording a 6.8% profit decline last year.

Other drivers of revenue for the telecommunications giant include mobile data, which saw an 8.1% revenue growth to Ksh48.44 billion and voice revenue, which increased by 0.8% to Ksh83.21 billion.

Shareholders will receive a dividend of Ksh0.75 per share.

Close to Half a Million Kenyans Cross the Poverty Line

The economic recession brought about by the Covid-19 pandemic in 2020 pushed over 1.2 million Kenyans into extreme poverty, bringing the number of Kenyans living below the poverty line to 19.2 million, or 35.7% of the population at the time. One is considered extremely poor if they survive on less than $1.9 (Ksh220) a day.

Estimates by the World Bank macro poverty outlook show that the number of Kenyans living below the poverty line has reduced to 18.8 million people in 2021, or about 34.3% of the population. The World Bank estimates that as the economy continues recovering this year, this number will fall further to 18.7 million people.

The decrease in the number of extremely poor Kenyans comes as more and more laid-off workers get back into employment. However, with the World Bank planning to review the global poverty line to $2.15 (Ksh249) per day later this year, the number of Kenyans below living in extreme poverty might increase slightly after the review.

One in 10 Kenyans in Urban Areas Are Jobless

The Kenya National Bureau of Statistics (KNBS) recently released statistics showing that one in every 10 Kenyans (10.8%) living in urban centres do not have a job. This translates to about 1.6 million Kenyans.

According to the 2019 population census, about 14.8 million Kenyans (31.2% of the total population) live in the country’s 372 urban centres. In comparison, Kenya had a total urban population of 12 million people in 2009.