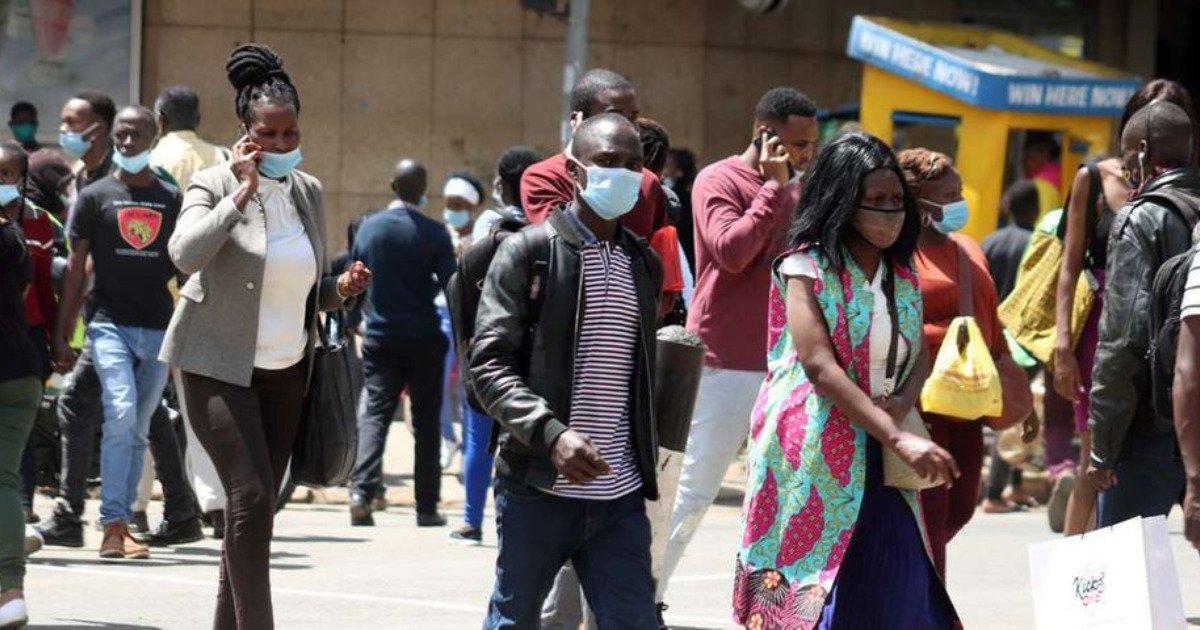 Last week saw China reduce its loans to Kenya for the first time in 15 years. It was also during this period that the National Hospital Insurance Fund (NHIF) caused a stir across social media platforms.

This was after the state insurer announced that soon enough, men will be able to cover multiple wives under its medical fund.

With this in mind, here's a look at money news that made the headlines over the last week, and what it could mean for your pocket.

Facebook to Provide KRA and Police with Trader Statistics

Meta Platforms Inc, the corporation that owns Facebook, WhatsApp, and Instagram, has revised its terms to allow the internet giant to share information with tax and investigation agencies beginning in January 2023, giving the taxman a new tool to tax businesses that earn money on its platforms.

In its updated terms, which will take effect on January 3, 2023, the technology firm states that entrepreneurs who use the platform to market or sell their products will automatically consent to the sharing of their business dealings with a governmental entity or body if it believes that disclosure would aid in a lawful investigation.

The advertising materials and any information linked with the publicity placed on its platform are included in the dealings.

This will be a significant boost for the Kenya Revenue Authority (KRA), which has recently expanded its surveillance of Kenyans who flaunt their opulent lifestyles on social media while paying little or no taxes.

The KRA has also struggled to get online businesses to pay the digital service tax, which is akin to 1.5% of the gross transaction value.

The taxman intends to collect Ksh13.9 billion from businesses that use the Internet to market and sell items in Kenya over the next three years through the digital tax.

Meta further warned that failure to pay the advertising account's dues on time could lead to legal action.

If a payment method fails or an account becomes past due, the company claims it will take additional steps to collect past due sums, including employing a debt collection agency.

“You will pay all expenses associated with such collection, including reasonable legal fees. Past due amounts will accrue interest at 1.0 percent per month or the lawful maximum, whichever is less,” the company stated.

For the first time in at least 15 years, China has decreased its lending to Kenya. Treasury data show that as of June 2022, China had lent Kenya $6.83 billion (Approximately Ksh 827.7 billion), down from the $7.05 billion (Ksh854.3 billion) recorded during a similar period last year.

This follows a decision by Beijing to take a more conservative approach when it comes to lending to some African countries that are said to have hit their debt ceiling.

In 2020, the International Monetary Fund (IMF) published a list of 20 or so African countries that are at risk of debt distress, Kenya key among them.

Notably, the new data comes at a time when Transport Secretary-designate Kipchumba Murkomen, revealed his plans to ask China for a longer repayment period on the $5 billion loan that was used to revamp Kenya's railway infrastructure.

According to Murkomen, the current 20-year schedule was simply impractical, arguing that it would choke the government's coffers, bearing in mind that the country is paying China $80 million per year for the Standard Gauge Railway (SGR).

Sticking to debt, 6 of the top 10 downloaded free software on Google Play Store in Kenya are now mobile loan apps, a new report published by the Business Daily showed.

Mkopo Haraka, TruePesa, Kopesha, Asap Cash, Zenka, and Zash Loan are a few of the most popular downloads captured during the period ending October 18, 2022.

Financial experts believe that this is a sign of an economy where the majority are struggling with cash flow issues.

This could explain why despite being asked to grant access to personal contacts, messages, call logs, and M-Pesa transactions, among others, most still opt for it.

A person in desperate need of money is unlikely to care about being asked to grant access to personal information.

Some of these apps even ask for M-Pesa statements as a prequalification for a loan or selfies which they can then use as a debt-shaming tool in case of default.

There has been a long debate as to whether these startups that have been flooding Kenya with apps offering high-interest loans are actually empowering the poor or profiting from desperation.

Although the government passed new legislation to regulate the sector in October 2021, only 10 out of 288 operators had submitted the necessary paperwork by September of this year to be considered for a license by the Central Bank of Kenya.

Kenyans in Saudi Arabia Grab Headlines For The Right Reasons

In September 2022, Kenyans working in Saudi Arabia sent in Ksh3.28 billion, compared to the Ksh3.1 billion sent in from the UK during that period.

The United States of America maintained its spot, with Ksh22.55 billion sent in during the period in question, affirming it as the dominant country when it comes to Kenya's remittances from the diaspora.

According to data compiled by the Central Bank of Kenya and based on cash flows through formal channels, inflows from Saudi Arabia increased by nearly three-quarters in the first nine months of the year compared to the same period in 2021.

This is despite recent events that saw Kenyans working in the Middle East experiencing extreme suffering at the hands of their employers.

Following the exposé, Kenyans from all over the country piled pressure on the relevant authorities to enforce measures to protect workers in that particular region.

An estimated 30,000 Kenyans migrate to the Middle East to find work each year.

4 Million Fuliza Customers to Be Delisted From CRB

He explained that the 4 million account holders had been listed on CRB for defaulting on mobile money loans.

According to the top executive, the move is in line with the government's directive to have loans easily available to Kenyans in need of such services.

In addition, he detailed how the decision to reduce Fuliza costs by 50% on average was also aimed at boosting the level of financial inclusion in Kenya.

Slashing Fuliza costs was also a direct response to demands from Safaricom's customers, who had been calling for a review of the same.

The telco giant is currently working alongside KCB and NCBA to ensure that the delisting process runs smoothly, thereby enabling customers to re-borrow.

The President made the announcement when he addressed the media following a visit to Ongata Rongai, Kajiado County, where he commissioned an affordable housing project.

He then reiterated that the Ksh 50 billion annual Hustler Fund kitty would only be used to support Micro, Small, and Medium Enterprises (MSMEs).

Notably, despite earlier speculations that loans under the Hustler Fund would demand a single-digit interest rate, President Ruto stated that such loans would fetch a 10% interest rate per year.

Additionally, the fund which was initially conceptualized as a loans scheme has now evolved into a form of savings scheme.

Anyone looking to borrow from the kitty will be compelled to first deposit funds into the kitty, upon which the government will then give a return of Ksh1 for every Ksh2 saved.

For example, a borrower who makes a deposit of Ksh100,000 will then have access to a loan of Ksh 50,000 from the national government.

This financial product will be available to MSMEs on digital platforms through Saccos, cooperatives, chamas as well as welfare groups.

On October 26, the National Hospital Insurance Fund (NHIF) caused a stir across various social media platforms after it revealed a new plan that will allow men to get medical coverage for multiple wives.

This was detailed in a new set of regulations that were published and currently awaiting approval from Parliament.

The new clause would allow for the provision of medical cover for multiple wives, provided that the man coughs up an extra Ksh500 per month for each additional wife.

If approved, this would be a major departure from the NHIF rules that are currently in place which only offer medical cover for one spouse and a maximum of 5 children per family.

If approved, those that fall under this category will be expected to contribute 1.7% of their salary.

President Ruto has announced that his government is in the process of finalizing a plan that will see first-time home buyers exempted from paying stamp duty.

Currently, the stamp duty is charged on the market value of the property at 4% in towns and 2% in rural areas.

As an example, if you buy a Ksh 8 million house in Nairobi, you are mandated to pay Ksh 320,000 as stamp duty costs.

If left unpaid within 30 days of contract execution, it attracts heavy penalties from the taxman.

The President explained that the proposed exemption from stamp duty is geared toward easing the burden posed by the cost of home ownership.

Idle Land to Be Handed to Govt

Agriculture Cabinet Secretary Mithika Linturi, intimated that parastatals with idle land will be pushed to surrender such parcels to private investors for commercial agriculture purposes.

During his vetting in Parliament, Linturi stated that this would be a key strategy to boost the country's food security, and eventually bring the cost of food down.

Prisons, universities, and other parastatals with large tracts of idle land are among the targeted institutions, with the incoming CS asserting that the plan was already ratified under the previous government.

It is worth noting that the development of satellite cities around Nairobi, and the subsequent encroachment have been taking away good agricultural land and depriving Nairobians of a source of cheap and affordable food.

Thousands of acres of Kenyan farmland have already been converted into satellite cities and housing estates.

NCBA Group, Standard Chartered, Housing Finance, and Stanbic Bank are among some of Kenya's top lenders that have notified clients that the cost of their loans will rise this month.

For example, Stanbic Bank has revised what it refers to as the Stanbic Prime Rate (SPR) - a reference basis for calculating its lending rates. This has been moved from 8.80% per annum to 9.55% per annum.

This is in reaction to the Central Bank of Kenya (CBK) raising its benchmark interest rate to 8.5% - the biggest margin raise in more than 7 years.

Most commercial banks are now reviewing base lending rates, and they have also requested the CBK to raise the risk premium, potentially bringing the era of cheap credit to an end.