Me And My Money: Lessons from a Christmas Eve Party that got us Jailed 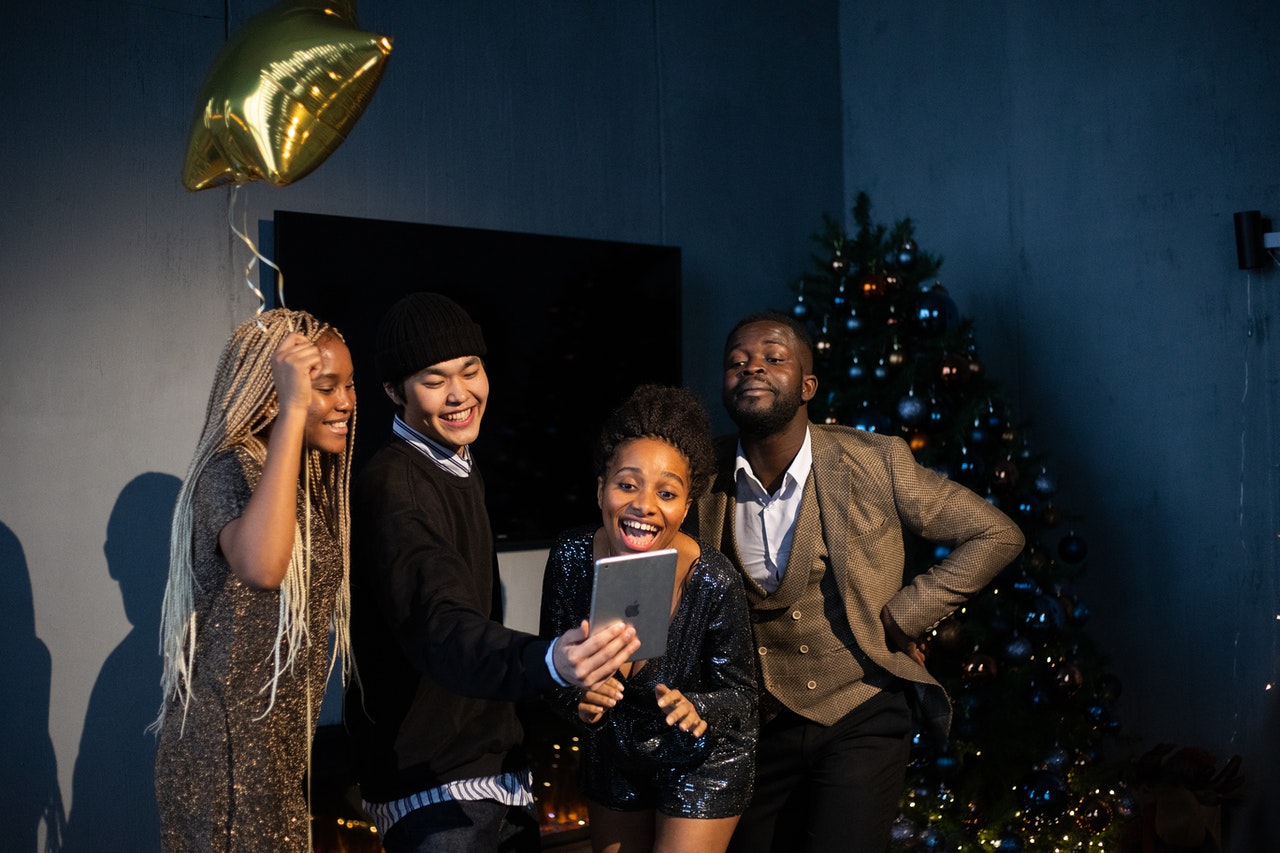 The festive season's fever is upon us, and, God - it's so infectious! The sleepy shopping centre is stirring awake. Some of the shops sparkle in a fresh coat of paint. One or two proprietors have brought out little sparkling lights, draped over windows and doorways. There are new faces, numerous fistbumps and occasional, awkward hugs.

I'm sitting in a trendy new joint, with Mejja. He's fresh from the city. We've been friends since kindergarten. We all have that one friend with a chipped front tooth. Somehow, they have common personality traits. They are usually fun, great company. The life of the party.

Mejja is squirming in his seat, in rhythm to a song booming from a generic stereo system behind the counter. It's the party anthem 'I Took A Pill In Ibiza', by Mike Posner. My mind, though, is miles away.

This December, it shall be different. I intend to miss most of the parties. Mejja has a few planned up - to 'make up for the Christmas the pandemic robbed us' . The previous year, we had really messed up. Ruined our savings, family relations and left us in debt.

I had a budget to keep to. I had dotting grandparents to treat - some cardigans, blankets. My namesake had asked for a transistor radio. They see me once a year - and it had taken me months to afford this festive season break. Plus, I had rent and sibling school fees to fees in January.

As I watched Mejja 'dancing internally' across the table, the events of that messy Christmas two years earlier came to mind. I smiled, as I looked at his chipped front tooth.

We had been in plenty of parties, but everything went wrong on that year's Christmas Day Eve. The events in the night of the 24th are quite hazy, but we'd both come to way past noon on Christmas Day. That's pretty commonfare for Christmas, except, we were both in bloodied clothes sharing an hospital bed.

There was a cop standing over our bed. Oh, besides the bed - we were sharing a pair of handcuffs!

It had all started with us getting our salaries, on 24th. We were both freshly employed civil servants. As it is, the government is kind enough to pay salaries early in December - for the Christmas festivities. I didn't have much plans then, and easily caught Mejja's infectious enthusiasm.

Now, Mejja - he of the chipped front tooth - has a whole cache of cliches.

Mejja is quite pushy. I had found myself in town. A new mall had sprung up, and we'd gone shopping for Christmas clothes in an high end boutique. The prices were astronomical. Normally, we'd just make do with hoodies, tops and jeans from our usual second-hand cloth stall downtown. That guy would have 'camera' selections set aside for us.

I had bought a pair of fine, leather boots at Ksh6,500. It's Christmas, Mejja says. Comes once a year. He picks a pair, and changes into them. He leaves his rather new sneakers at the shop - 'to be picked up later'.

As we snake out of the mall, calls start coming in. It's random friends, asking "Form ni gani..." I'm wired to largely ignore these kinds of calls from friends I ain't seen in months. Mejja oozes with loyalty to his friends - though, it's almost always one-way. Another thing with thos friends with a chipped front tooth, right?

Mejja proceeds to lend money to a few pals - from his phone. I watch - I know this ain't gonna be paid back. Every now and then, he calls someone and asks: "Umepata?"

What's wrong with mankind? If someone sends you money - and calls to ask 'Umepata' - it's a polite reminder that you should learn to say 'Thank you', ama?

We didn't go home early. We passed by the local. It wasn't so local, it was packed with a crowd arriving from Nairobi. Lots of the guys there were acquaintances, yes, but we could hardly recal their names. Mejja didn't mind, the usual swagger names worked just fine. He'd throw rounds with some festive recklessness.

Pretty soon, ladies joined the party. I kept nudging Mejja under the table with my foot. I knew his long time fiancee. He'd presently pull me aside, and whisper quite loudly:

"All relationships are closed on 30th November, for Dec festivities.. we re-open on 31st!"

It also hurts, that most feminine drinks are tiny, expensive and come in two's. We partied. Towards midnight, I realised my parcel had disappeared. Ksh6,500 worth of leather boots, vanished. I was devastated.

From that point, it escalated pretty quickly. The now tipsy crowd had to pick sides. As it befits his reputation, Mejja led from the front. The club's owner noticed the discontent, but wasn't quick enough to diffuse the tension. The punches started flying. Even the girls joined it - hurling their tiny, expensive drinks coming in two's.

I cannot really fight if mankind depends on it. Mejja, though, is usually Man of the Match in these instances. However, an underdog may get in a lucky punch, and the champion gets a 'lights' out. This was the day. A wild punch landed on Mejja's mouth, opening his lower lip, sending blood spraying. That punch also chipped his tooth.

The owner calls the cops. Everyone sprints out of the club. I cannot move, and even if I could, there was Mejja to contend with. He was self-conscious, blood oozing from his mouth. The cops found us there. Luckily, with all the blood, they had assumed we had life-threatening injuries, and took us to hospital.

We had lost money, and mobile phones. I had lost very expensive shoes. Mejja had gifted himself swollen lips for Christmas. We had to call for our parents.

It was by far the worst Christmas Day ever - having to show my father why he should pay an hefty Ksh50,000 bill to get us off the hook. The club owner had laid the blamd on us for the damage, and loss of money in unpaid bills when the crowd had bolted.

So, as I watched Mejja across the table, I was wary of that spark in his eye. In his story, I had fleetingly caught the trending To-Hell-With-It catchphrase 'Hatupangwingi'!

Hell, no. This Christmas, I'm no longer young and stupid. I'll not be waking up chained to an hospital bed, drenched in blood - with hefty bills to pay!

1. Make a budget for the festive season.

2. January is just a breath away - and comes loaded with tons of financial commitments.

3. Do not party with strangers - keep a trusted friend within reach.

4. Always let someone not at the party know where you are at all times.

5.. Take precautions in social places - drugging with intent to rob you of valuables is real.

6. If you have a car, avoid drink driving - always have a designated drivers.