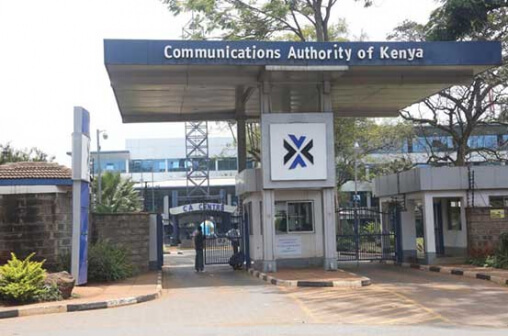 With two days to go before Christmas, majority of people have switched their minds off work, while others have started travelling to be with their loved ones.

Even as you look forward to enjoying the festive season with your loved ones, Money Weekly is still here to keep you updated on money matters affecting you.

From reduction of mobile call rates by CA to doubling of land rates and parking fees within Nairobi County, here are the top money news from the last 7 days.

The Communications Authority of Kenya (CA) announced yesterday that it had slashed the mobile termination rate (MTR) by Ksh0.87, which translates to an 87.7% reduction. Mobile termination rates are the charges mobile phone operators levy on each other to interconnect their customers.

The Communications Authority reported that since the rate was last reviewed six years ago, technological advancements have increased efficiency in mobile telephony, hence the need to cut the rate from Ksh0.99 to Ksh.012.

Even with the revised mobile termination rate, there’s no obligation for telecom operators to reduce their prices to match the new rate, and it is not clear whether Safaricom, Airtel, and Telkom Kenya will pass the cost savings to their customers.

However, CA director-general Ezra Chiloba expressed hope that the reduction in the termination rate would lead to lower calling rates for consumers.

Motorists To Pay Ksh400 In Parking Fees Under New System

City Hall has proposed a new zonal parking fees charging system that, if approved, could see motorists pay up to Ksh400 to park their vehicles in some areas.

Should the new proposals get approved by the County Assembly, motorists parking in Zone I, which covers the city centre and Kijabe street, will pay a daily parking fee of Ksh400, up from the current Ksh200.

Currently, daily parking within Nairobi County costs Ksh200, regardless of the zone.

City Hall has tabled a new proposal that could lead to a 100% increase in land rates for properties within Nairobi County.

Under the new proposal, which is contained in the Nairobi City Finance Bill 2021, property owners will pay land rates equivalent to 0.115% of the current undeveloped land value.

City Hall currently charges land rates based on 25% of the undeveloped land value, but the valuation is based on the 1980 valuation roll.

With land value having appreciated over the last 4 decades, City Hall says it is losing out on revenue by charging rates based on the 1980 valuation.

In 2002, for instance, an acre of land in Nairobi’s Upper Hill would have cost you Ksh50 million. Today, the same acre of land is estimated to be worth Ksh552 million.

61% Of Kenyans Don’t Have Christmas Plans

Results from a recent poll by research firm Infotrak show that 61% of Kenyans have not made any plans on how they are going to celebrate the Christmas festivities.

When asked about their preferred way of spending the Christmas period, 66% of respondents said they’d prefer spending time with their families, while 24% said they’d go to church.

21% reported they’d prefer spending time in the company of friends, while 12% showed preference for drinking and partying.

The lack of Christmas plans is an indicator of the kind of financial challenges facing most Kenyans as we head into the festive season. According to the report, 35% of Kenyans strongly believe that the government is responsible for the harsh economic conditions in the country.

21% of those polled cited an exceptionally high cost of living as the key issue affecting them as we head to the close of the year, with others citing lack of employment (15%) and poor infrastructure (15%).

A trade war between Kenya and its landlocked western neighbour has been averted following a bilateral meeting between Peter Munya, Kenya’s Agriculture Cabinet Secretary, and Frank Tumwebaze, Uganda’s Minister for Agriculture.

Uganda had last week threatened to restrict the importation of raw and processed agricultural produce from Kenya in retaliation to Kenya’s ban on Ugandan produce.

Kenya has since February 2021 banned the importation of chicken, eggs, and dairy products from Uganda, citing the need to protect the livelihoods of Kenyan farmers.

Following the bilateral meeting, Kenya agreed to lift the ban on poultry products from Uganda. In return, Uganda has dropped its plans to ban Kenyan agricultural products.