Money and Me: Surviving Without a Salary in Nairobi 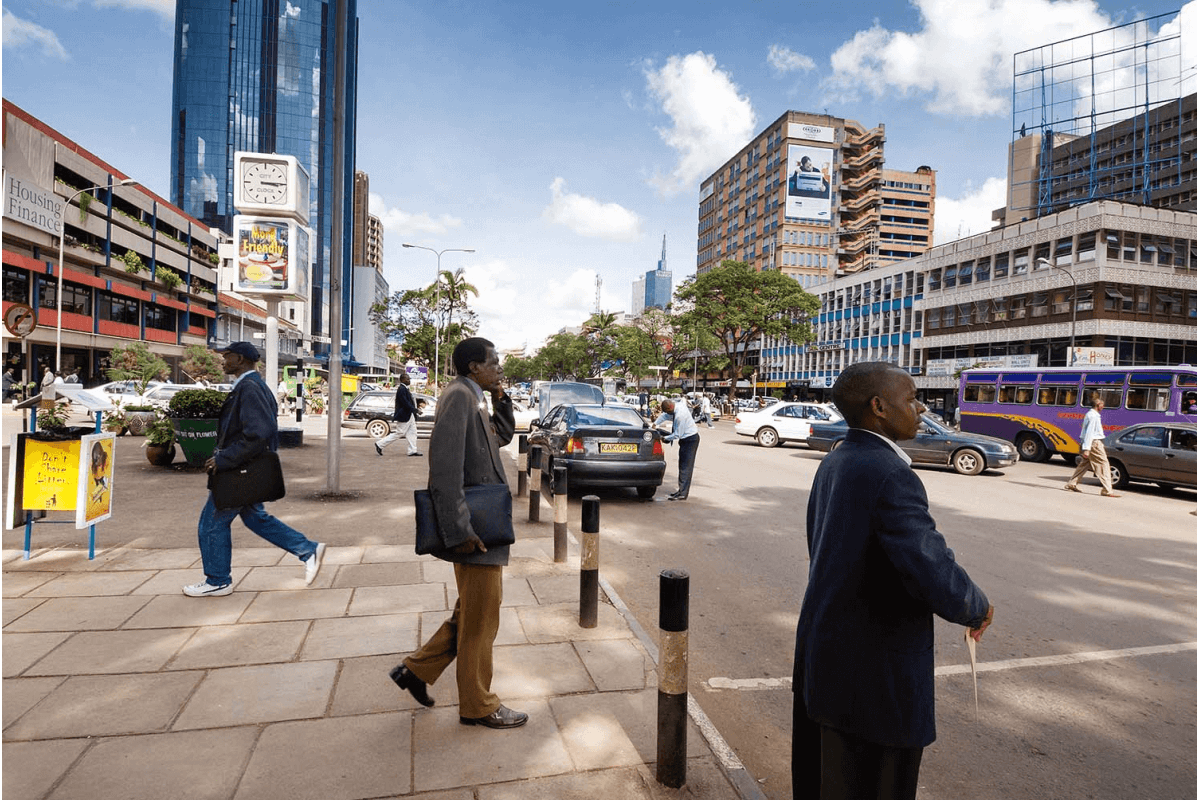 Is it possible to survive in Nairobi without a monthly salary? Working a regular 8-5 job is popular because it offers predictability, stability and at times growth. But what happens on the other side of the divide?

How do Kenya’s ‘hustlers’ or self employed manage their money on a monthly basis? How do they survive in this concrete jungle called Nairobi with a monthly income that is as unpredictable as the weather?

These were some of the questions that were racing through my mind when I handed in my resignation letter a few years ago. I won’t lie, the fear of the unknown is quite real...which could explain why it took me a while to actually press the ‘send’ button.

My landlord will not accept my dreams of grandeur as rent, nor can I eat my plans to conquer the writing world when hungry. So how exactly does one survive on unpredictable income?

That is what we are here to find out, grab some popcorn or hot beverage as it could be a little lengthy.

Salary Vs Self Employed

These two forces have been battling in my psyche for quite some time. On one hand, I had tasted the sweetness of that end-month feeling. Walking to an ATM with the Orie Rogo Manduli confidence knowing that your employer ‘has done the thing’.

Aside from the pure joy of the rewards gained after a month of toiling,  a salary also made mid to long term planning quite easy for me.

For example, I had a list of all the household items I’d need to convert my one-bedroom heaven in Ruaka into the home I’ve always dreamed of.

Yes, there are those who buy everything at once but I am not in that particular tax bracket. A Ksh40,000 salary meant budgeting and planning was something I had to master whether I liked it or not. I mostly didn’t like it but in retrospect, I’m glad I did because it has helped me a lot along the way.

So, getting the TV I wanted would take me 3 months of disciplined saving, the sofa 2 months, sound system 2 months etc… you get it. I had a list of all my wants and a plan as to how I’d get them.

Having a salary made this practice quite simple now that I think of it. Using the 50/30/20 rule was actually possible as I knew the exact amount of money I’d get and the actual date in which I’d get it.

However, the allure of self employment, hustling...whatever you want to call it just wouldn’t go away.

Every weekend spent with close friends opened me up to a whole new world of possibilities. Funny enough, out of the five people I refer to as close friends, two are employed, two started their own gigs and one is on the fence.

By on the fence I mean he’s getting the best of both worlds. He works as a radio presenter at a popular local station and also deejays both for the station and for his own one-man entertainment company.

If I was asked who among them seemed to be the happiest, I’d have a really hard time singling out one.

The employed one has grown in leaps and bounds on his career path. Currently living in his own house, earning six figures, married with a beautiful family, and generally content. Any attempt to lure him to the ‘streets’ by my ‘hustler’ friends is met with a simple ‘hiyo kitu si ya kila mtu’ (it’s not for everyone).

It may sound cliché, but I find his words to be true. Entrepreneurship is not for everyone. Things may look rosy on the other side but if you got the whole picture of what it took for any particular business person to break-even, your entire perception would change.

Take my friend Peter (not his real name) for instance. An engineer by profession, he quit a job that paid six figures each month to start his own firm.

He is still successful but he is no longer cash rich, but rather asset rich. With ongoing projects all over, he is always on the road. “When it comes to your own business, lazima ujitume, money will not find you on your sofa. The dream is to make it big hadi I start earning in my sleep,’ he always says.

To be that driven, and have the various traits needed to hack it in the field of self-employment such as persistence, resilience, ability to adapt at a moment’s notice, patience among others is simply not for everyone.

Peter is always telling me how hard it is to make personal finance plans based on projected incomes that could be delayed by his clients.

Mara the guy who is supposed to sign the cheque has traveled, mara some CFO is unwell, Peter has really been through the ringer when it comes to delayed payments.

His experiences have been an eye opener for me. Things looked really rosy and lush when I was salaried. But, my perspective broadened just by listening to him as well as some of my other friends and their own experiences.

For one, my self-employed brigade told me the first thing they did when they opened their own companies was create a salary for themselves…Go figure.

This could technically therefore mean that one cannot survive with some kind of monthly stipend.

However, for the self employed, the monthly salary is something they work towards using  a back to front kind of formula.

For example, if Peter sets Ksh100,000 as his monthly salary, what he then does for the next 30 days is ensure that the business hits it’s monthly projected targets, plus 100k on top. This explains his endless travelling and daily business pitches to potential clients.

I will tell you this for free, running your own business is not as easy as the movies and books paint it out to be. Alot of sacrifice and discipline comes into play. It is not something that should be done blindly.

Motivational speakers may tell you to take the leap of faith, and they could be right, but please hear me out, if you are looking to start your own biashara, find a mentor in the same line of work and have a sit down. Get to know every aspect of your dream business before plunging in.

Can One Have The Best of Both Worlds?

Well, as my friend (the radio presenter) has shown, yes. One can have their cake and eat it too, but there’s a catch.

My friend (let’s call him Mike) is burning the candle on both ends but importantly, he has that crazy energy about him.

As much as rest is ridiculed, rest is important.

Mike works a crazy schedule, which could explain why he is the only one in the ring of five who is yet to start a family. Don’t get me wrong, starting a family is subjective, but if Mike started a family right now, he’d have to shift his priorities or risk burn out.

I guess it all boils down to what is important to you as a person. What dreams you have for yourself and how much you are willing to sacrifice to achieve those dreams.

Nothing great was ever achieved without some form of sacrifice.

Salaried vs self Employed: Well, none is superior to the other. We all don’t have it in us to start Fortune 500 companies, some have to work in those companies. I have seen people build crazy careers and shattered every definition of success.

Don’t forget that there’s a dark side to a monthly salary too. Personally, I got a bit comfortable back in the day, before I learned the importance of saving diligently, budgeting etc, I found myself in a pool of debt.

It was very easy to borrow and say ‘ntakulipa end month’. If unchecked, this can lead to a very deep and dark hole. Most of these posh cars you find outside offices are actually debts.

Once again, don’t take this the wrong way, debt is not necessarily a bad thing. However, the intent behind the borrowing and how one uses the loan is what can be used to measure whether it’s a good or bad investment.

This is what I have found out in the last decade I’ve spent toiling in this concrete jungle called Nairobi, follow your own path.

It’s that simple, salaried and self employed people are two sides of the same coin. The really successful ones in both worlds have three things in common: Resilience, Persistence and Discipline.

I am constantly working on these aspects in my own personal life. If you want to know how, I could share in a future article.

I am not the complete piece yet, but aren’t we all just trying to work on the masterpiece of ourselves?

If you are pushing to better yourself everyday, you are definitely on the right path. Keep going.