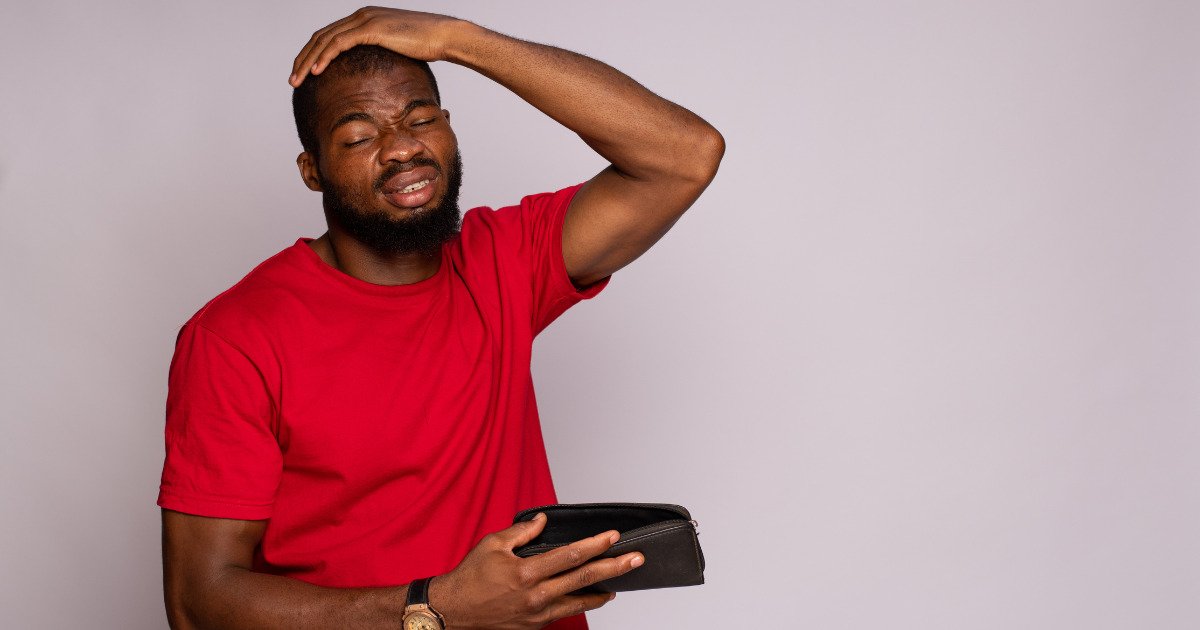 Unless you run broke, it’s very easy to look down on a broke person and question their decisions. From the outside looking in, the solution could be as simple as ‘why doesn’t he/she cut back on some spending?’

However, the reality on the ground is very different as people walking that fine rope are often trying to balance a million things at once just to stay afloat.

Their struggles and daily challenges are almost impossible to spot from the outside, which could explain why broke people are usually the most judged individuals.

For clarity, it is important to distinguish between a broke individual and a poor individual.

Poverty is the daily agony of not having enough money for food or being forced to pick between buying food for your children and paying the rent. Real poverty is isolating.

On the other hand, being broke simply means not being able to afford specific things one would want such as a holiday trip to Malindi.

Or, whereas people who are broke understand that they can break out of their current state, poor people have accepted it.

With that in mind, let us look at some of the habits that only broke people understand, and if some or any of them should be dropped.

A broke person has a tendency to harbor feelings of guilt whenever fun is mentioned. If you have ever asked your friend over with a ‘drinks on me’ text and they still turned you down, they are broke and feeling guilty about the mere thought of fun.

How does one go on a night out yet their personal account is on the brink of collapse? What will they say about me? These are some of the questions broke people ask themselves whenever an opportunity for fun comes up.

However, this is not to say that foregoing fun is good or in fact healthy for them.

Just what is fun, anyway? What happens in the brain when we have fun? Is there some evolutionary explanation for fun?

Well according to neuroscientists, adults should make more time for play, whether that means gardening, joining a book club, dancing, or rediscovering a childhood pastime.

Giving yourself permission to enjoy things makes all of your life fuller and richer.

Read Also: How To Figure If Something is Worth Spending On

Asking For Help is Disturbance

Unless you have been broke at some point in your life, it would be hard to understand why broke people find it really hard to reach out for help.

Everyone has that rich uncle or aunt/guardian who can bail them out at any given moment if they wanted to.

However, it’s a little bit more complicated than that. For example, the broke person in question may have already asked for a bailout in the past and received it with some strings attached. The giver may have displayed ‘judgy’ vibes according to the receiver and that automatically makes asking for help a no-go-zone.

A broke person may also just be against the concept of asking for handouts in general.

As easy as it may look from the outside, asking for help is one of the most difficult things to do as it generates feelings of vulnerability. One feels totally naked and exposed in such scenarios.

You may go as far as offering unsolicited financial aid but they’d still turn you down as it feels like humiliation to them.

Of course, asking for help isn’t a bad thing. If anything, it takes a lot of courage to reach out to someone you trust for financial help. However, it doesn’t change the fact that this is a common trait among broke people.

Read Also: Why is it So Hard to Make Money? - Money Psychology

When it comes to broke people, breaking a habit that they know for sure would help solve their financial crisis seems like a Herculean task.

They know that going out for drinks every weekend in Westlands is probably the reason that their Kenya Power token meter is always beeping but they still do it. Why?

Well, psychologists believe that this is all about ‘keeping up with the joneses syndrome’ which involves living out an elaborate lie just to keep up appearances.

For them, showing up each weekend at these high-end places is a kind of self-affirmation that they aren’t really broke.

It would be easy for you to point such out and ask them to simply cut down on such spending sprees, but for them, it often appears insurmountable. If anything, they spend even more when broke.

Next time you come across a broke friend who is spending as if their life depended on it, instead of judging, take it as a sign that they are in a really bad place mentally. Try some subtle guidance and support as opposed to outright judgement and condemnation.

Broke people usually don’t like to check on their M-pesa or account balances. What I don’t know won’t kill me is their favourite life mantra.

Living in denial is so much easier as opposed to coming face to face with the truth. When finances are tight, every single problem for them seems like it can only be solved once they get that big lump sum they have been waiting on for decades.

Eventually, this creates a defeatist mentality whereby they actually believe that since they are broke, all control is out of their hands. To them, money and control are the same thing.

Accepting defeat and living it in God’s hands is something you’ll come across a lot in such scenarios.

This is a sign of hopelessness and it is one of the most dangerous phases when it comes to being broke. If you know anyone who is at this stage, reaching out despite the fact they may end up resenting you is the only option.

As mentioned earlier, asking for help is out of the question for them which means some forcefulness may be needed.

Ignorance is not bliss in this case, as psychologists strongly believe that pushing financial problems under the carpet is a sure recipe for disaster.

Read Also: Money Mindset: How a Scarcity Mentality is Making You Poor

Self-Esteem is Tied to Pocket Levels

Broke people tend to believe that their account balance defines who they are as a person.

Now for anyone who has been through the ups and downs of personal finance, this notion may seem absurd but it is very much present among the broke.

When one struggles to keep up with their bills or even link up with his/her friends over the weekend, their self-esteem takes a serious pounding. Society has already ingrained the notion that money=success and thus lack of it means failure.

In a society where your bank balances almost always define you as a person, it is almost impossible to escape the feeling of worthlessness.

Think of parents back in the village and how they treat their rich relatives or children compared to those that are struggling financially.

This plays on the mind of a broke son or daughter who then starts to struggle with their self-worth. To them, they are total failures and a disappointment to their parents and loved ones.

Now, we all know that money shouldn’t be the be-all-end-all and that it shouldn’t be linked to anyone’s self-worth, but try telling that to a broke person.

If you know anyone in this situation, instead of pointing it out and hammering their self-esteem even further, maybe try showing them that your opinion of them hasn’t changed, despite their current financial woes.

It is almost impossible to understand why your childhood friend would be giving you the run around just because they are broke. You have never judged them based on their account balance so why would they start dodging you the moment they run broke?

Well, for them these meet-ups mean at some point it will be expected of them to ‘rudisha mkono’ reciprocate.

As much as this isn’t the case, no one wants to go to a gathering with empty pockets just in case they have to settle an unexpected bill at some point. The humiliation of pretending to check on their smartphones any time a bill pops up is too much for them.

This is part of the human gene – we always want to give back in one way or the other, mostly in proportion to what we receive.

Therefore one can now understand why their childhood friend is now seemingly always busy or unavailable on weekends.

If in such a scenario, maybe a little space would do as they find a way to get back on their feet. Or instead of drinks on Friday, maybe call them up for some gig on Monday.

According to Psychology Today,  there are 3 main reasons why people run broke;

All these can be remedied by focusing on improving one’s financial literacy and starting on the basics such as budgeting, saving, living within one’s means, and investing.

It is important to note that being broke is not the end of the world. If anything, even the really wealthy individuals have at some point struggled for cash.

Living lean could actually help one make better money decisions and take control of their finances.

Ultimately, if you want to break the cycle of living paycheck to paycheck, you need to know where your money is going.

Money can certainly help to alleviate financial stress – but only if it is used wisely. Money does not guarantee happiness. So, if you're struggling or know anyone who is struggling to make ends meet, push them to find ways to improve their situation.

Giving up on fun and happiness until the day that huge lumpsum money hits the account is not a logical nor sound plan.