Why Banks Are Going Slow on Loan Defaulters 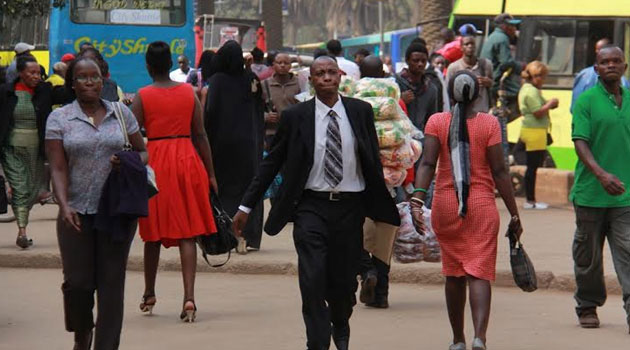 Over the last few years, Kenyan banks have been looking for an effective way to stem the tide of loan defaults in the country.

The rate at which Kenyans are unable to clear their debt has been alarming, with the latest Central Bank of Kenya (CBK) showing a total of Ksh514.4 billion as of June 2022 in loan defaults – surpassing the half trillion shilling mark for the first time in history.

Defaulting on bank loans has generally spelt disaster. It means one stands a very real chance of losing everything. It is every borrower’s worst nightmare which, given life’s uncertainties, can happen to anyone - even the most financially prepared.

People have lost cars, homes, shares, land and all kinds of assets that can be liquidated as banks turn to auctioneers in a bid to recoup their money.

While this is generally still happening, lenders have been innovating new ways to reduce the rate of defaults and give borrowers a chance to recover and re-comply.

Some of the leading banks have become more open to restructuring loans that are at risk of falling into default giving a lifeline to individuals and businesses struggling to service their debt.

For example, on September 3, 2022, KCB Group Chief Executive Paul Russo, announced that the bank was taking a new approach which would involve working with struggling businesses to restructure debt.

He stated that the bank would also look into helping such firms raise fresh funds thereby helping them stay afloat, as opposed to seizing and auctioning their assets.

The sky-rocketing rate of loan defaults is a mark of the hard social-economic situation in Kenya that has hit both households and businesses pretty hard. For the last few years, the number of newspaper pages filled with action ads have been on the rise.

When the total loan default figure passed the half-a-trillion shilling mark in June 2022, road construction firms, hospitality and the manufacturing sector were flagged as the biggest defaulters.

This ties in with the recent revelation by President William Ruto that the government currently has more than Ksh500 billion in pending bills to contractors and suppliers.

The unpaid bills for services rendered have in turn exposed Small and Medium-sized enterprises to cash flow challenges that eventually translate to loan defaults.

This has also led to the closure of businesses and auctioning of assets as such firms had to find a way to solve their financial woes. It has also resulted in such firms getting listed by credit reference bureaus, effectively hampering any efforts to refinance their ventures.

President Ruto has since announced that clearing the half-a-trillion pending bills was top on his government’s list of priorities, in an effort to revive the Kenyan economy and relieve the burden that has been choking businesses in the country.

Read Also: Who is Liable to Pay if You Default on a Business Loan?

Why Lenders Are Choosing a New Path

Kenyan banks, faced with increasing non-performing loans (NPLs) - that threatens profitability due to lower interest income, operating profit and loanable funds - have embarked on creating a semblance of a win-win scenario for both borrowers and lenders.

It has also been noted that auctioneers are struggling to find buyers willing and able to take possession of any seized assets, primarily due to liquidity challenges.

A deep dive into the local dailies that display the various assets up for auction shows that most are published repeatedly week after week, signalling a challenge in disposing of such assets.

Between June-July 2022, the local newspapers were filled with hundreds of homes and commercial properties up for auction, most of which were then republished in August 2022.

For example, in 2021, Garam Investments – a leading auctioneer in Kenya, revealed that it had a portfolio of more than Ksh10.6 billion in acres of land and homes that have failed to attract any buyers over the years.

The new move by banks to handle loan defaulters on a case-by-case basis, and to restructure or even refinance where applicable is therefore a welcome move for borrowers.

Loan restructuring can best be described as the lender (bank) changing the existing terms of the loan contract in order to manage the initial size of the loan as well as the interest obligations for the borrower.

It could either be by extending the loan repayment period or tweaking the interest obligation frequency or both, following a mutual agreement between the borrower and lender.

This way, firms that are struggling to meet their debt obligations are given some breathing room, and the opportunity to revive their businesses.

Read Also: What Is Debt Consolidation and How It Works in Kenya

How effective debt restructuring or refinancing is as a debt recovery strategy remains unclear. In Bangladesh, 22 out of 56 banks have taken this approach over the last decade, however, research into the impact of this strategy has led to differing views.

Some researchers have argued that banks take the debt restructuring option only because it frees up resources and capital which they can then use to finance new lending. It offers up a more cost-effective way to recover loans compared to lengthy legal proceedings and auctions.

When an individual or a company defaults, the bank then has to maintain a given provision against the defaulted loan. When the rate of defaults goes up – as is the case in Kenya, the bank will then have to provide a higher provision to cover the huge defaults, this then results in an increase in the cost of loans.

This could explain why more and more banks are looking to help borrowers who are facing cash flow challenges by restructuring their loans.

Read Also: Coping With Debt: How To Deal With Debt of Any Size

What it Means For You

Banks are now more willing to find amicable solutions via open desk negotiations. This means that borrowers struggling to service their loans now have a chance to make a case for themselves and find common ground.

However, it is important to note that not all defaulters are eligible when it comes to restructuring loans, as the different banks all have a different set of selection criteria. You will still have to prove your ability to abide by the new terms of your debt.

Read Also: Why are So Many Kenyans Taking Logbook Loans?

Overall, the new strategy is expected to have a positive effect on not only small and medium-sized enterprises but the overall economy as well.

By helping eligible firms to stay afloat and granting them the chance to revive their business, the banks are indirectly ensuring that the rate of employment doesn’t plummet even further, which would be guaranteed if such firms were forced to shut down.