Windfall: Areas in Nairobi, Environs Where Land Has Highest Returns 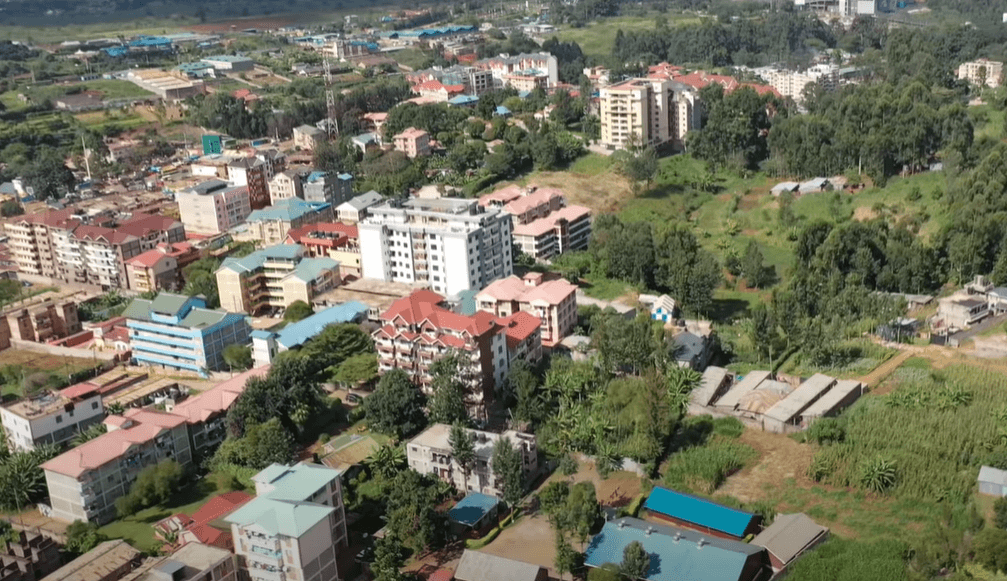 On March 9, 2022, HassConsult unveiled land price indices for the first quarter of 2022, going on to detail the most expensive real estate in Nairobi and its environs.

According to the report, Thika, Juja, Ruiru towns reflected a surge in investor demand which was reflected in land asking prices increasing by 6.3%, 4.6%, and 1.6% respectively.

“Students, the teaching fraternity, and ancillary services providers are looking for quality housing that will also reduce their transportation costs and commuting time.

“Developers are therefore investing in putting up modern student housing that will cater to this demand which has translated into higher land prices on these strategically located towns that cater to the student ecosystem,” a HassConsult official explained in the report.

Most Expensive Land in Nairobi

In Nairobi County, Upperhill had the most expensive land at Ksh500 million per acre, closely followed by Westlands area where an acre is currently going at an average of Ksh435.5 million.

Kilimani (Ksh406 million), Parklands (Ksh392.2 million), and Riverside (Ksh330.4 million) rounded up the top 5 in the list of the most expensive properties in Nairobi.

On the other end of the spectrum, the cheapest land in Nairobi suburbs can be found in Karen where an acre goes at an average of Ksh65 million.

For context, the report revealed that an acre of land in Donholm currently demands a Ksh68.9 million price tag, a figure that matches that of Lang’ata area.

As for Nairobi’s satellite towns, Ruaka has the most expensive property with an acre going for Ksh92 million. Second on this list is Kiambu with an acre pegged at Ksh39.6 million.

Mlolongo (Ksh31.4 million), Tigoni (Ksh27.7 million), and Ruiru (Ksh27.3 million) rounded up the top 5 in the list of the most expensive property in Nairobi’s satellite towns.

On the other hand, the cheapest land in Nairobi’s outskirts can be found in Kiserian where an acre goes at an average of Ksh9.4 million.

In Nairobi suburbs, land values have increased 6.32-fold since December 2007.

According to the report, land values in these satellite towns have increased by 9.82 fold since December 2007. This can be attributed to various infrastructure projects such as the Eastern bypass among others, that have seen the emergence of new business hubs such as Kamakis and Membley in Ruiru.

This has in turn led to a surge in demand for land in such areas, thus driving up the prices as well.

Thika, Juja and Ruiru towns host a selection of public, private universities, and other institutions of higher learning where expansion has drawn investors, including private equity firms, who are focusing on student housing.

Land as an Investment

For context, Ksh1 Million invested at the end of 2007 would have been worth Ksh9.82M if invested in land in Nairobi Satellite town, or Ksh6.32 million if the same was invested in Nairobi’s suburbs.

Overall land prices in Nairobi’s suburbs posted a modest 0.11% increase over the quarter while the satellite towns saw a 2.17% rise.

Muthaiga was the best performing suburb at a 3.11% increase in price over the last quarter, while Thika town emerged top in the satellite towns recording a 6.35% growth over the same period.

According to the report, satellite towns recorded the strongest growth in apartment rents with Ngong and Kitengela at 5.5% and 5.2% respectively.

Ruaka, which boasts the largest supply of apartments of all satellite towns, saw rents surge by 2.9%.

“Ruaka has therefore become the largest stockholder of apartments within the satellite as it presents the ability for the working population to enjoy both housing affordability and reduced transportation costs,” a HassConsult official explained.

Increases in house prices over the quarter were concentrated in suburbs enjoying improved access from the new Redhill Link Road. Spring Valley, Nyari and Kitisuru were up 4.2%, 3.9% and 2.7% respectively.

Notably, apartment rents in Ruaka rose 2.9% in the quarter as it solidifies its position as the largest supplier of apartments among satellite towns accounting for 3% of all advertised units.

Looking ahead, the Landlord and Tenant Bill, 2021, if enacted into law, will give the government power to cap rent increases on commercial and residential premises, thus potentially influencing the direction on rents.