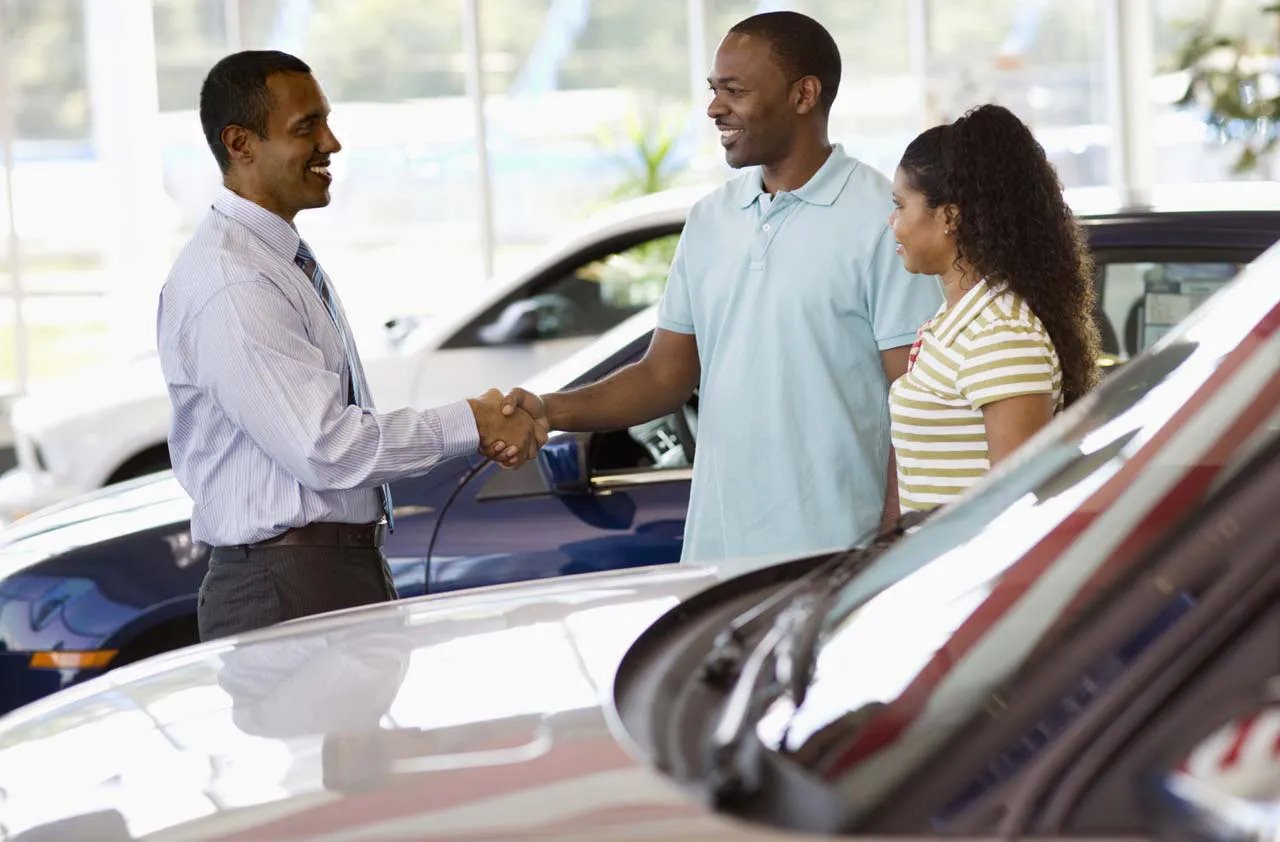 It would be fair to say car dealers have built a bit of a reputation over the years. They are generally portrayed as sleazy and smooth-talking guys in finely pressed khaki pants and tucked-in Polo shirts and matching shoes, hell-bent on taking their clients for a ride.

Of course, not all used car salesmen fit that stereotype

There are genuine ones who have the buyer’s best interest at heart, and then there are those who are out to dupe buyers and make as much money as they can.

It is the latter group of shady used-car dealers in Kenya that has birthed and seen the rise of dirty tactics when it comes to closing out deals.

From dressing up an engine on its deathbed with new shiny clothes (body kit) to fool unsuspecting clients, to magically turning a car that has done 150,000kms to appear as if it has just done 20,000km.

Some have even gone as far as selling cars that they know were stolen abroad at prices that are just too good to pass up.

When it comes to tricks used-car dealers use to fool buyers, the list is as long as one’s imagination.

Why Should You Care?

Well for one, buying a car is an exciting but often expensive process, and while one may want the best deal, getting it can be a daunting process.

A good number of salesmen selling used cars are upright, honest, knowledgeable people. However, there is still that small percentage that can try all types of dirty tricks to get a sale, and it’s important to beware of them.

One sure way to do this is to know some of the underhanded tactics they use to secure a sale at all costs.

Here are some of the tricks shady used car dealers in Kenya used to dupe buyers.

According to ancient Greek history, the Trojan horse allowed the war-weary Greeks to enter the city of Troy and finally win the Trojan war.

This gigantic horse made of wood looked magnificent from the outside. So much so that the King of Troy allegedly ordered it be dragged into the city, citing that it was a gift from the gods.

However shiny and breathtaking it was from the outside, trouble lay inside it and this led to the fall of Troy.

The same concept is now employed by dishonest car dealers looking to fool buyers who aren’t so keen on details.

A shiny new body kit can cover up a troubled and worn-down car and give it that new car look.

However, a few trips later and things start falling apart, leaving buyers with garage bills that could be enough to finance another car purchase.

Car buyers are always advised to tag a trusted mechanic along during the entire purchase process. This way, any mechanical faults can be identified prior to any form of legal commitment.

Asking for the car’s documentation is also a sure way to know the vehicle’s history.  If for some reason documentation cannot be availed...Run.

This has become so rampant in the used-car market that it’s considered the norm.

Known as ‘clocking’ in the motoring world, shady dealers and their computer-savvy accomplices can easily roll back the odometer by up to 100,000km without batting an eyelid.

An odometer or odograph is an instrument used for measuring the distance traveled by a vehicle.

For the dealer, the math is pretty simple – more mileage = more wear and tear = a customer backing out of the deal.

Because of this, there have been cases of sellers tampering with the mileage, making it appear as if the car is less used than it actually is.

The myth that digital odometers are safe from tampering, is just that...a myth.

In order to tamper with the readings on the meter, crooks only need to remove the car’s console, connect it to a laptop or a smartphone and flash the desired reading on the meter.

It can be difficult, but not impossible, to determine whether an odometer has been tampered with.

Look closely - Some signs of tampering include scuff marks around the gauge cluster. A set of gauges or odometers that looks newer or cleaner than the rest of the dash is also a red flag.

Gauge cluster – This is the car's instrument cluster which houses the various displays and indicators that enable a driver to operate the vehicle.

Look even closer - Does the condition of the car match the mileage of the car? Look for signs like a worn brake pedal.

You should also inspect the tyres. If the odometer reads 32,000Kms or less, the car should still have the original tyres.

Read Also: 5 Signs You Are Financially Ready to Buy a Car

Picture this, you make your way to Mombasa to buy your first car.

You have been reading online and discovered that you could save a considerable sum of money by taking this route.

You meet a dealer via a referral but they don’t have what you are looking for so you decide to shop around. There are streets and streets of car sellers lined up one after the other.

You visit almost all of them with no success. That’s when a ‘good samaritan’ miraculously introduces themselves to you. They offer help, for a small fee of course. It sounds reasonable.

They are good which means in under an hour you’ve found the car that makes you feel all warm and fuzzy inside.

Everything is perfect. You even go for a short road test and she purrs like a healthy lioness.

You are ecstatic. You take selfies and send them to your favourite people on WhatsApp. They must see your success.

In the middle of all this excitement, you forget one fundamental truth...You don’t know any of the people who are ‘helping’ you out. They are so helpful that they offer to have the car serviced while you take some lunch and an ice-cold drink...Again, it sounds reasonable…The sweltering heat is no joke for a Nairobian.

And that is when the switch-a-roo is done.

While you enjoy your ice-cold ukwaju, spark plugs are being replaced, tyres changed, and any other part that can be salvaged.

You head back to the city and within no time, your dream car no longer purrs like a healthy lioness, she just coughs.

This is pretty simple, keep your eyes on your car at all times. Service it yourself.

Time is of the Essence Illusion

This is one of the oldest tricks in the salesperson ‘bible’.

Create an illusion that the car will no longer be available tomorrow and the naive buyers will cave in.

It’s a lot like fishing; they cast their bait and wait for you to take a bite. Eventually, desperate buyers do.

The only goal of the trick is to instill fear in the consumer and encourage them to make a quick purchase. In reality, there may not even be a scarcity of that particular vehicle. The 'other' client who also wants that car doesn't exist.

Such tricks may urge you to make a hasty and undesirable pick by forcing a compromise.

Allow yourself to be flexible in terms of who to buy from. Keep your options open and look around at a variety of dealerships.

Do your research online and see what the average price might be for the pre-owned car of your choice. If a dealership doesn’t want to meet that price, walk away.

Read Also: Is Taking a Loan to Buy a Car Worth it? The Pros and Cons of Auto Loans

Too Good to Be True

This is also pretty straightforward. As is always said, if the deal seems too good to be true, it probably is.

For example, a really good-looking black Mercedes Benz G-Wagon caused a stir on social media. The seller was asking for Ksh2.5 million.

Hundreds of Kenyans were quick to ask what the catch was as that particular car model is known to cost 10 times that amount.

They could all be wrong but the point is such deals should always raise red flags and one ought to be careful prior to committing.

Having a trusted mechanic by your side when making a car purchase is highly advised. This way, any mechanical tricks can be easily spotted.

Asking for all the documentation pertaining to the car is also a must.

Read Also: 7 Reasons Why Getting a Car Might be a Good Idea

You always walk into a showroom to find an enthusiastic salesperson tactically trying to divert your attention to many more brands and deals as they look to hit their sales targets.

Doing your due diligence with extensive research is an important step when buying your car.

Through research, you will learn that it is important to have a car inspected before buying it and especially a used one to avoid buying junk.

When purchasing a used vehicle, it is also critical to ensure that the ownership details have been cross-referenced.

This can be done through the Kenya Revenue Authority and the National Transport and Safety Authority.

More often than not, when a deal looks too good to be true, it usually is.

That’s why one should be skeptical of what’s going on during the purchase process. Always be vigilant. 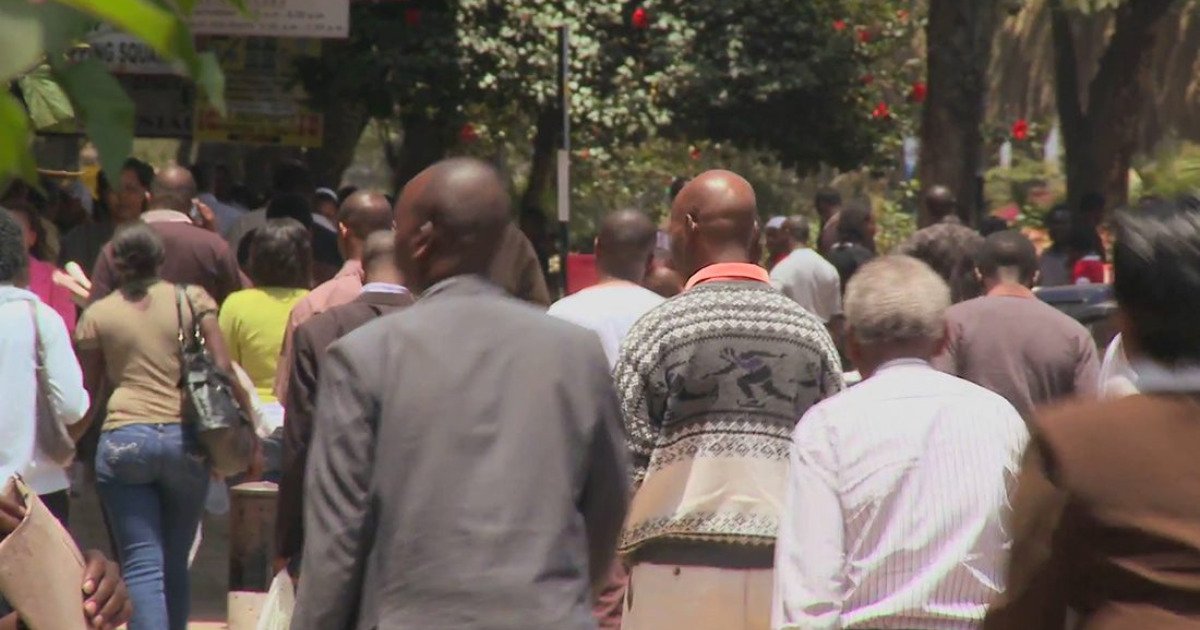